Strange days have tracked us down 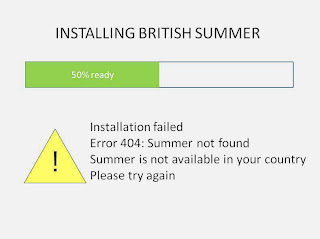 Digby and McJoan were this week's panelists on Virtually Speaking, talking about prospects for the Grand Bargain and what the various scandals mean.

Why is Elijah Cummings the only MD representative to have signed the Grayson pledge? Has your representative signed it? Don't forget to say thanks if so. But if not, ask why.

Spocko asks, "Which DC Lobbying Firms are the Unemployed Hiring To Represent Them?" I'd like to see a million people march on Washington all carrying signs with that Ellisonian slogan Spocko suggests.

The whole point of PBS was supposed to be that money didn't control the content, because that was supplied by the public. But today, only 12% of funding comes from government, and the rest comes from big donors like the Koch brothers, one of whom is actually a trustee of PBS. How do you make films addressing the villains of the day when those villains fund the organization and sit on the board? Jane Mayer with "A Word from Our Sponsor".

Cook County Board President Toni Preckwinkle discusses the plan to close Chicago schools. This isn't mind-bending stuff, but it's a teacher who wants good schools simply describing what's going on and why she doesn't like the way it's being done.
In related news, there's a reason Atrios named Rahm Emanuel as today's worst person in the world.

Robert Parry has noticed that lately Bob Woodward invokes the name of Watergate in ways that suggest he doesn't know much about Watergate.

Turns out our domestic "protectors" were unable to spot the Boston Bomber because they were too busy spying on peaceful activists. Sam Seder did a good interview with Matthew Rothschild on that subject on The Majority Report.
Sammy also spoke to Glenn Greenwald about the Bush-Obama war on the press, now escalated to the point where investigative journalism is being made into a crime. Glenn's article on the subject is here. Interestingly, the targeted journalist in the headlines these days is from Fox News.

Faux liberal Michael Kinsley decided to pick a fight with Paul Krugman, in defense of austerity, and Alex Pareene let him have it: "The best part of this sort of language about government spending - or, more accurately, about the government issuing bonds - is that it makes being working- and middle-class sound so much fun. Did you know it's been a party, these last few decades? And Paul Krugman, irresponsibly, wants everyone to continue partying. What is wrong with that? It's here that Kinsley reveals himself to be a member of the Scarborough school, the sorts of longtime Important Beltway Men who are simply pretty sure that austerity is superior to all alternatives because the government's been making it too easy and comfortable for the rabble over the last generation or so. And as we all know after a party you have to starve yourself to death to atone." Pareene is one of the few people who actually remembers that Paul Krugman has long been an advocate of globalization and could once safely have been categorized as conservative (which is just where I used to file him), so his (still too slow) evolution into something more liberal (but not liberal enough!) doesn't get swept under the carpet. When Krugman admits that Naomi Klein was right. it really does mean something. Oh, and Brad DeLong didn't think much of Kinsley's column, either.

Matt Taibbi, "Deja Vu on the Hill: Wall Street Lobbyists Roll Back Finance Reform, Again." Taibbi seems to think the Democrats simply don't have the stones to write a straightforward bill putting banks into the straightjackets they obviously need to wear. I think he gives them too much credit.
Dday is Naming Names in the Dodd Frank Mess, and an important name you don't know is Obama-appointee Mark Wetjen.

OK is too scary for me to talk about, but if you want to see pictures, they're here.

So much for your "affordable" health insurance package.

Arizona Republican Jim Kolbe gets gay married - will wedding bells break up that old gang in the GOP closet?

"Drowning it in the bathtub very slowly" - The real IRS scandal is that Norquist's plan to drown government in the bathtub has worked all too well to prevent the IRS from doing its job.

"Oklahoma's Own Mortgage Settlement Trumps National Pact's Payouts: The $25 billion National Mortgage Settlement was reached early last year between the five big banks and 49 state attorneys general, but it seems that the lone holdout - Oklahoma - is drawing bigger payouts for its victims of the same foreclosure abuses."

Why you can't trust the news - If you're not paying for it, you're not the customer; you're the product.
High school kids arrested for tossing water balloons. Jeez.
U.S. transforms Catholic pacifists into terrorists

You gotta wonder why New York doesn't fire cops like this.

Rick Pearlstein refers to Commander George Stephen Morrison as the guy who helped the cover-up of the Gulf of Tonkin incident. That first paragraph is a kicker.

I saw Iain Banks and hugged him one last time. He'd lost a lot of weight but he still looked pretty wonderful and acted just like him (but without all the climbing). Roz was there, too, and when she left, she wrote this poem.