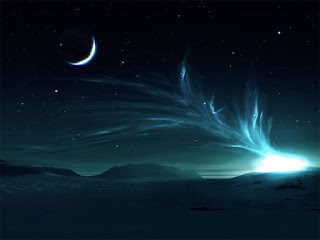 Tonight's guests on Virtually Speaking Sundays will be Avedon Carol and Gaius Publius. We may talk about garbage.

From Jon Walker at FDL, "Why Insurance Exchanges Won't Work: People Don't Like Choosing Insurance: One of the big reasons I'm so pessimistic about the new health insurance exchanges created under the Affordable Care Act is the principle behind them. The idea is that everyone will be well- informed dedicated shoppers who will know how to select the best plan to fit their needs, which will reduce cost for everyone. Aflac's 2013 WorkForces Report shows how deeply misguided this assumption is in reality." Via Corrente.

At Naked Capitalism, a warning that the new bank regulations that Sherrod Brown and David Vitter are co-sponsoring might not be as good as they seem: "There's been almost universal enthusiasm for Brown-Vitter, legislation proposed by Sherrod Brown and David Vitter to get tough with the too-big-to-fail banks. The legislation is sufficiently stringently written that if it were enacted (big if), it would force the banks to make changes to maintain anything remotely resembling their previous profit margins. Goldman and Morgan Stanley would probably drop their banking licenses and the other US systemically dangerous banks would presumably downsize by hiving off major operations. So what's not to like? The problem is that the enthusiasts haven't looked behind the curtain. This bill is being pushed, hard, by big insurers, who would be major winners."

"Science Nerd faces 15 years in Prison: You may have read about 16 year old Kiera Wilmot, a Florida student who mixed toilet bowl cleaner and aluminum foil in a small plastic bottle on school grounds. The chemical reaction from mixing these two items created a hydrogen gas which expanded and created a small explosion, releasing some gas and smoke. No one was injured." When I was a kid we learned about this stuff in high school, and yes, of course the science geeks tried it out. No one at my school had the cops called on them, but that was then.

I Am A Republican ... Can We Talk About A Single Payer System?

Jay Ackroyd: "This 'permission structure' business illuminates the centrist Democrats approach to revoking the New Deal. Bi-partisan commissions, historic presidencies, hostage-taking, tribalism are all tools for obtaining permission to violate core values that poll really, really well." Jay refers us to Digby, who says: "We used to call it 'validator marketing' as well. But never let anything as prosaic as marketing 101 get in the way of Obama campaign hagiography. They invented the wheel, we all know that. Anyway, the point of the article is that the White House is still determined to pursue their Grand Bargain and they've come up with a supposedly "new" plan to get Republicans on board (and apparently steamroll the Democrats into cutting their own throats.) But the legislative strategy is extremely complicated, as Beutler's post describes in dizzying detail, so even if they can get their "validators" to run with the Grand Bargain, getting it to a vote is a truly daunting task."

The Coming War Over Net Neutrality - With Obama's appointment of a venture capitalist and former top lobbyist for the cable and wireless industries who said he would have approved the AT&T and T-Mobile merger, it's gonna be a hot one.

"Suicides almost double among 50-somethings [...] More than 38,000 Americans killed themselves in 2010; that's more than double those who were killed in a homicide that same year, according to the CDC. In 2009, the number of deaths from suicide in the United States surpassed the number of deaths from motor vehicle crashes for the first time. [...] Suicide rates in this age group were highest among American Indians and Alaska Natives, according to the report. The next biggest increase was seen in whites. Among American Indians and Alaska Natives, the suicide rate for women jumped 81.4%; for men it was a 59.5% increase. [...] The 2007 recession affected middle-aged males more than any other demographic, he says. Job loss and other financial difficulties can lead to depression." Paging Dr. Durkheim....

Krugman acknowledges MMT, but confuses it with Dick Cheney.

What to do when the Westboro Baptists show up.

Marxist Yglesias: "In summary, I'm not a Marxist. But I worry that political conservatives are going to turn me into one. My view is that full employment and robust systems of redistribution from the more fortunate to the less fortunate are possible. I see real evidence for this in the world. The Obama administration has actually enacted a lot of redistribution programs, and the government of Australia has maintained consistent full employment policies for a long time now. But the collapse of the Soviet Union, a good thing on its own terms, has had the bad consequence of breeding massive complacency among the upper classes in the West. It used to seem important to people in the rich countries to prove that market economies not only could but in fact would lead to broadly rising living standards. But today we're living in a 401(k) world." Matt feels that Marx was wrong about a number of things he was right about, but he sure wishes the empirical evidence would line up with his feelings so he wouldn't have to worry about turning into a Marxist. *sigh*
Meanwhile, fallout from Big Media Matt's appalling article celebrating unsafe working conditions in Bangladesh has generated a "destruction salon" on Matthew Yglesias, and I can't really disagree with this: "He is a process acolyte, who never strays far from the orbit of Beltway centrist think-speak. His ideological bona fides extend to thinking that slightly-left people saying things identical to everyone else are slightly better than everyone else - all of whom are essentially right anyway, because why else would people agree? Ideas are less important than the formalism of tautologically explaining them, reiterating them, then deforming reality to accommodate them. His job is not to challenge them but hammer out a 500-word explainer detailing how wrong you are, while reassuring you that we're on the right track. Matthew Yglesias' voice is the same soothing one you use on your dog while the vet is euthanizing him." (Thanks to commenter ifthethunderdontgetya for the tip.)

Why Congress is so hilariously awful at its job

"I never voted for George W. Bush - or for any of his political opponents. I believed that voting was not particularly important. Our country, it seemed to me, was essentially on the right track.Whether Democrats or Republicans held the White House or the majorities in Congress made only the most marginal difference. I held views on some matters that could be defined as conservative, views on others that seemed liberal. But I firmly believed that our democratic system of government was sufficiently insulated from any real abuse, by our Constitution and by the checks and balances afforded by having three separate but equal branches of government. My primary political belief was that both parties were plagued by extremists who were equally dangerous and destructive, but that as long as neither extreme acquired real political power, our system would function smoothly and more or less tolerably. For that reason, although I always paid attention to political debates, I was never sufficiently moved to become engaged in the electoral process. I had great faith in the stability and resilience of the constitutional republic that the founders created. All that has changed. Completely. Over the past five years, a creeping extremism has taken hold of our federal government, and it is threatening to radically alter our system of government and who we are as a nation. This extremism is neither conservative nor liberal in nature, but is instead driven by theories of unlimited presidential power that are wholly alien, and antithetical, to the core political values that have governed this country since its founding."
-- Glenn Greenwald, from the preface of How Would a Patriot Act?

If you can stand Facebook, there's a variety of neat photos here.