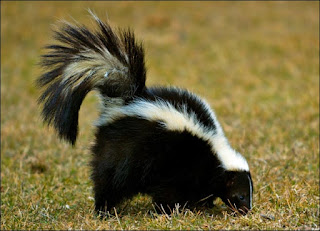 David Dayen says, "Turns out much-hyped settlement still allows banks to steal homes [...] But new evidence reveals the nation's largest banks have apparently continued to fabricate documents, rip off customers and illegally kick people out of their homes, even after inking a series of settlements over the same abuses. And the worst part of it all is that the main settlement over foreclosure fraud was so weakly written that it actually allows such criminal conduct to occur, at least up to a certain threshold. Potentially hundreds of thousands of homes could be effectively stolen by the big banks without any sanctions."

Yves Smith on Obama's Patronage System: Pritzker Nomination for Commerce Department, Limp-Wristed Dodd Frank: "The consternation at the not-exactly-a-surprise nomination of billionaire Penny Pritzker to be Commerce Secretary, is sadly much less than is warranted. That suggests that the Forbes 400 member will survive her confirmation hearings. And in a telling bit of synchronicity, last week some fauxgressives set about amplifying an article in the Nation that big bank lobbying efforts were the reason Dodd Frank was amounting to very little. As we'll discuss, both reflect how much Obama supports the interests of the FIRE sector (finance, insurance, and real estate). Dodd Frank is failing because it was designed to fail; the banks getting to have as much influence over it as they have is a feature, not a bug."

"Texas plant that blew up carried $1M policy: Tyler lawyer Randy C. Roberts said he and other attorneys who have filed lawsuits against West Fertilizer's owners were told Thursday that the plant carried only $1 million in liability insurance. Brook Laskey, an attorney hired by the plant's insurer to represent West Fertilizer Co., confirmed the amount Saturday in an email to The Associated Press, after the Dallas Morning News first reported it. 'The bottom line is, this lack of insurance coverage is just consistent with the overall lack of responsibility we've seen from the fertilizer plant, starting from the fact that from day one they have yet to acknowledge responsibility,' Roberts said."

Howard Kurtz got fired from The Daily Beast, but he should never have been paid as a journalist. Robert Parry: "However, the more salient point is that Kurtz, who continues to host CNN's 'Reliable Sources' show, should never have achieved the level of influence in journalism that he did. Throughout his career, he has consistently - and unfairly - punished journalists who had the courage to ask tough questions and pursue truly important stories. When one looks at the mess that is modern journalism in the United States, a chief culprit has been Howard Kurtz. Yet, his downfall did not come because of his smearing of fellow journalists - like Gary Webb and Helen Thomas - but rather from a blog post that unfairly criticized basketball player Jason Collins after he revealed that he was gay."

Also from that fabulous stable of brilliant writers at The Daily Beast, Niall Ferguson had to walk-back his assertion that John Maynard Keynes didn't care about future generations because he was gay, a surmise that is unsupported by any facts. (Thanks to commenter CMike for reminding us of Keynes 1930 essay "Economic Possibilities for Our Grandchildren" [.pdf].) His apologies that imply a momentary lapse or a lame off-the-cuff joke don't really wash when you know he has a long history of doing the same, and he sure didn't seem to be joking.

When Your Boss Steals Your Wages: The Invisible Epidemic That's Sweeping America - and yeah, they really are. So, first they steal our houses, and then....

Juan Cole on "The Incredible Shrinking Cost of Solar Energy".

The Grauniad has an interview with Krugman on the occasion of the publication of the second edition of his End This Depression Now. Random quote: "Some people say a fiscal stimulus will create a new housing bubble, but there haven't been many houses built in the last five years. They say workers have out-of-date skills. But history tells us that if you create jobs people will fill them." Fair enough, but the interviewer doesn't seem to get it (thinks Krugman's view lacks circumspection) and Krugman gives way too much credit to the forgetfulness of economists.

Dean Baker shows you why "technocracy" was always a stupid idea: "Larry Summers Says that Reinhart-Rogoff Type Mistakes Are "Distressingly Common" Then Goes on to Prove His Point."

"Enlisted sailors forced out while Navy has more admirals than ships: Norfolk, Va. - In World War II, there were 30 Navy ships for every admiral. Now, the Navy has more admirals than ships. That's a point not lost on Virginia Democratic Senator Mark Warner. 'I want to see the Pentagon cut back on some of this "brass creep" both in terms of numbers and some of these perks,' Warner said."

Maybe Obama just started out bad on economic issues and became bad on everything else as well, or maybe he was always as creepy as his policies have been, but I do agree that he is even weirder than Nixon.

Brian Cox is bigger on the outside.