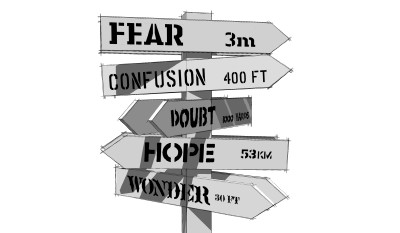 This week's panelists on Virtually Speaking Sundays will be Stuart Zechman and David Dayen - definitely one to listen to.
Veteran Texas campaign strategist, journalist, and author Glenn W. Smith was the guest this week on Virtually Speaking with Jay Ackroyd, where they talked about the blueing of the state and the impact of Texas on the country. One gets the distinct feeling that Texas liberals are so demoralized that they don't realize they have a very good chance of beating the Republicans if they would just get out there and do the work.

Thanks to commenter ifthethunderdontgetya for point to Digby's "I guess this means we're winning? Huh. I wonder why the disparity? I don't suppose it might be because the Democrats have been consistently betraying their own values? No, of course not. I suppose they all figure that the Democrats have nowhere to go so to hell with them. But I'd be just a little bit cautious about that. There is an alternative. The gerrymandering didn't go just one way --- after all, if the Republicans have barricaded themselves into safe districts for the next decade, that also means that Democrats are in safe districts too. Which means that primaries become a distinct possibility for Democrats as well. They should be mindful of the possibility." If you're living in a "safe" district for one party, then the real battles are in the primaries, not the competition between the two parties. There is no point in putting up with bad Democrats and then waiting until election day to fight the Republicans. As long as those bad these bad actors are in the leadership, there is no fight against the Republicans. (But of course, it isn't a fight against "the Republicans" - millions of Republican voters agree with us where the big issues are concerned. What we need to fight is that kind of tribalism that keeps pitting us against each other instead of against the centers of power.)

Matt Taibbi in Rolling Stone, "Everything Is Rigged: The Biggest Price-Fixing Scandal Ever: The Illuminati were amateurs. The second huge financial scandal of the year reveals the real international conspiracy: There's no price the big banks can't fix." Matt talked to Sam Seder on this subject on The Majority Report.

Don't forget - find out if your representative has signed the pledge, and thank them if they have - but if they haven't, ask them why the Hell not.

The Death of Truth by Chris Hedges (Interview with Julian Assange) (Thanks to commenter jcapan.)

"Hospital Prices No Longer Secret As New Data Reveals Bewildering System, Staggering Cost Differences: When a patient arrives at Bayonne Hospital Center in New Jersey requiring treatment for the respiratory ailment known as COPD, or chronic obstructive pulmonary disease, she faces an official price tag of $99,690. Less than 30 miles away in the Bronx, N.Y., the Lincoln Medical and Mental Health Center charges only $7,044 for the same treatment, according to a massive federal database of national health care costs made public on Wednesday."

"Wall Street Bills Clear Hurdle With Democrats Backing Deregulation: WASHINGTON -- Just one day after Treasury Secretary Jack Lew wrote a letter urging lawmakers to reject a slate of Wall Street deregulation measures, nearly two dozen Democrats joined Republicans to approve the package in the House Financial Services Committee. The legislation would repeal several sections of the 2010 Dodd-Frank Wall Street reform law targeting derivatives, the complex financial transactions at the heart of the 2008 banking collapse. Similar measures have already cleared the House Agriculture Committee with broad bipartisan backing. The most controversial bill advanced on Tuesday would expand government backing for derivatives by allowing banks to sell them from their taxpayer-insured divisions. Dodd-Frank requires banks to "push out" many of these operations into units that do not receive deposit insurance from the Federal Deposit Insurance Corporation (FDIC)" [Emphasis added.]

"Frack Corporate Personhood: A Pennsylvania judge has drawn a hard line against so-called corporate 'persons' [...] In fact, Judge O'Dell-Seneca spent roughly one-third of her 32-page decision forcefully articulating the reasons why corporations are not considered legal persons under the state's constitution, observing that, 'the constitutional rights that business entities may assert are not coterminous or homogeneous with the rights of human beings.' She continued, 'It is axiomatic that corporations, companies and partnerships have no ‘spiritual nature,' ‘feelings,' ‘intellect,' ‘beliefs,' ‘thoughts,' ‘emotions' or ‘sensations,' because they do not exist in the manner that humankind exists.'"

"Sallie Mae Profit Boosts College Endowments And Pension Funds As Students Pay More: University endowments and teachers' pension funds are among big investors in Sallie Mae, the private lender that has been generating enormous profits thanks to soaring student debt and the climbing cost of education, a Huffington Post review of financial documents has revealed. The previously unreported investments mean that education professionals are able to profit twice off the same student: first by hiking the cost of tuition, then through dividends and higher valuations on their holdings in Sallie Mae, the largest student lender and loan servicer in the country, which profits by charging relatively high interest rates on its loans and not refinancing high-rate loans after students graduate and get well-paying jobs. Sallie Mae is a former government-sponsored enterprise that was fully privatized in 2004 and now trades publicly as SLM Corp."

First Joe Biden promised us there'd be no Social Security cuts, and now he's saying Obama won't approve the pipeline. Do we believe him? Why should we?

James P. Hoffa, General President, International Brotherhood of Teamsters, on "ALEC's War on Workers: Funded in large part by billionaire brothers Charles and David Koch, ALEC is casting a wide net as it attempts to empower CEOs while undermining democracy. ALEC wants to make it harder for workers to contribute to political campaigns and causes. They want to alter telecommunications laws so that large phone companies can increase consumer costs while reducing consumer protections. They want gut public education by cutting student funding and implementing a voucher system. These are but a small sampling of ALEC's work across the country."

"U.S. Weighs Wider Wiretap Laws to Cover Online Activity: The Obama administration, resolving years of internal debate, is on the verge of backing a Federal Bureau of Investigation plan for a sweeping overhaul of surveillance laws that would make it easier to wiretap people who communicate using the Internet rather than by traditional phone services, according to officials familiar with the deliberations.." I think they already spy on everything, but they want more more more!
Glenn Greenwald: "Are all telephone calls recorded and accessible to the US government? A former FBI counterterrorism agent claims on CNN that this is the case."

Benghazi. Alternatively, what did that other guy do?

"Everyone else on earth is as annoyed with "purity" as I am, right?"