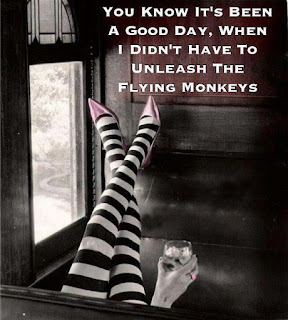 Atrios says he was going to write about why we should give people free money, "but over the weekend everyone got there first."
Forbes: "Just Give People Money"
WaPo Wonkblog: "Thinking Utopian: How about a universal basic income?"
Business Insider: "There's A Way To Give Everyone In America An Income That Conservatives And Liberals Can Both Love: Here's an idea for stimulating the economy: Free money for everyone, all the time, with no exceptions or conditions."
But I think he should have used his column for it anyway. I mean, USA TODAY is a paper that normal people read.

"DOJ Secretly Obtains Months Of AP Phone Records; AP Calls It 'Unprecedented Intrusion' [...] In a letter of protest sent to Attorney General Eric Holder on Monday, AP President and Chief Executive Officer Gary Pruitt said the government sought and obtained information far beyond anything that could be justified by any specific investigation. He demanded the return of the phone records and destruction of all copies. "There can be no possible justification for such an overbroad collection of the telephone communications of The Associated Press and its reporters. These records potentially reveal communications with confidential sources across all of the newsgathering activities undertaken by the AP during a two-month period, provide a road map to AP's newsgathering operations, and disclose information about AP's activities and operations that the government has no conceivable right to know," Pruitt said.."

Sam Seder did a useful interview with Isabel Macdonald of The Nation about her recent article on "how the drug testing industry is a self-licking ice cream cone where Republicans and industry profiteers are targeting high school students, welfare applicants and the unemployed," on The Majority Report. (Also, last week's interviews included one on making universities free and one on Bidder Number 70: Tim DeChristopher's Climate Activism, a film about why DeChristopher bought a bunch of land he didn't have the money for to stop an illegal land sale and what he - and the government - did next.)

Jon Schwarz: "We Are So Disappointed With the Corrupt Afghan Government."

"The DCCC's Tighty Whities: This is a list of the closest House races from last November. We list the races where Democrats won first and then where Republicans won. The dollar figure next to each name is the amount put into outside spending by the DCCC and their SuperPAC, the House Majority PAC. " You know what this is about - how the DCCC lost races we could have won because they would rather have Republicans win than elect liberals.

Norman Solomon on "Obama in Plunderland: Down the Corporate Rabbit Hole" - Obama's choices to head the FCC and Commerce follow a pattern....

Bruce Schneier reminds us that "The television show Person of Interest is fiction, not fact."
Bruce also has a piece in The Atlantic, "Transparency and Accountability Don't Hurt Security - They're Crucial to It."

It's a funny thing about the "IRS scandal" the right-wing is all up in arms about. It seems the "Tea Party" groups the IRS investigated aren't regarded by grass-roots Tea Partiers as real Tea Party groups, being nothing more than GOP front groups meant to siphon off real Tea Party resources.

"A Parade of Vintage Trains, Unnoticed in the Harlem Night"

"Don't make fun of renowned Dan Brown." It's via Langford, go have some fun.

"The modern history of swearing: Where all the dirtiest words come from"

I was looking for something else, but here's Five Minutes With: Iain M Banks.