Some how some way, I'll find out what's the deal 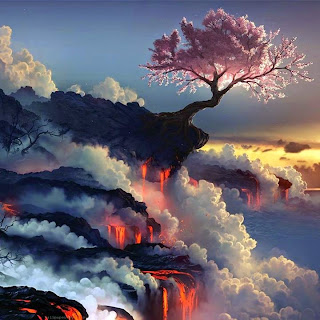 Srdja Popovic talked about a blueprint for revolution on Virtually Speaking with Jay Ackroyd. The page description sounds a little dry but Popovic makes some cogent points in both his prescriptions for bringing about change and his critique of earlier failures.
- Spocko and Charles Lenchner discussed pushing Hillary leftward and other strategies for changing the discourse on Virtually Speaking Sundays.

Sam Seder talked to Marie Gotschalk about her book Caught: The Prison State and the Lockdown of American Politics The Majority Report
- John Legend launches campaign to end mass incarceration [...] "We have a serious problem with incarceration in this country," Legend said in an interview. "It's destroying families, it's destroying communities and we're the most incarcerated country in the world, and when you look deeper and look at the reasons we got to this place, we as a society made some choices politically and legislatively, culturally to deal with poverty, deal with mental illness in a certain way and that way usually involves using incarceration."
- It's worth listening again to the second half of this interview with Glen Ford we did in 2009 on Virtually Speaking to hear him talk about the damage the prison state does to the black community - and to black activism.

Michael Hiltzik on the "spectacularly punitive Kansas welfare bill" Brownback just signed that makes it even more nasty and expensive to be poor.

I still find it hard to believe that Obama or anyone else in the White House was stupid enough to believe he really was the magic man who could suddenly make Republicans behave like rational people, but maybe he's just that arrogant. I mean, yeah, he's pretty arrogant, but that arrogant? How could any of them think the choice was between picking polices Republicans in Congress wanted and picking policies that the polls showed 80% of Americans support - and spend all that time choosing to make room for the Republican policies? Is "Dan Pfeiffer's Exit Interview: How the White House Learned to Be Liberal" really a credible story?

I did like Atrios' comment on Obama's date with Castro the Younger. Gotta say it's about time.

Eric Schneiderman says, "Gov. Cuomo can unilaterally hike N.Y. wages: How his Labor Department can use its existing legal authority to raise suffering workers' pay." And Schneiderman's office is trying to do something about wage theft in New York. That could make a real difference.

Matt Taibbi isn't impressed by Hillary's "populism" - and who can blame him? "Having watched this campaign-reporting process from both the inside and the outside for a long time now, I knew what was coming after the initial wave of "Hillary the Populist!" stories. In presidential politics, every time a candidate on either the left or the right veers in a populist direction - usually with immediate success, since the American populace is ready to run through a wall for anyone who makes the obvious observation that they're being screwed by someone up above - it takes about two or three days before the "Let's let cooler heads prevail!" editorials start trickling in."
- "How Hillary Clinton's State Department Sold Fracking to the World" - I think most of what Clinton did as Secretary of State was simply implementing Obama's policies, and Obama is a huge supporter of fracking. Unfortunately, Clinton was pretty damned good at doing what Obama wanted.
- "8 things you need to know about Hillary Clinton and climate change"
- Black Agenda Report: Glen Ford on The Ascent of Hillary, the $.2.5 Billion "People's" Candidate .

"Four Blackwater guards sentenced in Iraq shootings of 31 unarmed civilians" - I wonder how likely it is that any of them will actually see the inside of a cell.

Public Citizen: "ANALYSIS: Hatch Bill Would Revive Controversial 2002 Fast Track Mechanism that Faces Broad Congressional, Public Opposition."
Wyden should lose his job over TPP and fast-track, but that won't happen if no one can find a challenger. Why can't we ever seem to find challengers, lately? That in itself is an issue that has to be solved.

Texas woman invokes 'religious freedom' argument to fight $2000 fine for feeding the homeless" - Good on her.

"Wealth Inequality Is Now As Bad As It Was During The 1920s."

Britain Uncovered survey results: the attitudes and beliefs of Britons in 2015 - It's no surprise that keeping healthcare free is a primary concern of Brits and that the NHS is the most trusted institution or organization in the country. But I can't see why people would put immigration or terrorism above the economy as a concern. Well, if I didn't read newspaper scare headlines, I mean.

The Radical Dissent of Helen Keller

Even The New Republic has a feature on the Hugos: "Science Fiction's White Boys' Club Strikes Back."
- Eric Flint has some observations about awards and perceptions.
- "So far the only good thing to come out of this is #NewHugoCategories on Twitter"

RIP: Our friend Art Widner has left us, at 97. This actually surprised me. He seemed to have so much more vigor than anyone else that even though he was much older than I am, I fully expected him to outlive me.

Mark Evanier has some Stan Freberg stories: Freberg Stories #1, Freberg Stories #2,
- Mark also attended the funeral for Gary Owens and provides a tribute - and don't miss the audio clip at the bottom!

The Real Reason Why Christopher Eccleston Left 'Doctor Who'

Imagine my surprise at seeing The Currys of Atlantis. It's so not Aquaman.

Percy Sledge, "I'll Be Your Everything" 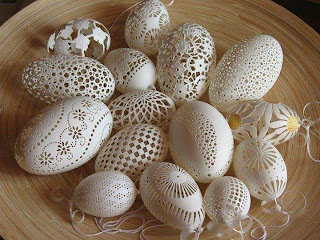 On Virtually Speaking Sundays, Stuart Zechman and Dave Johnson talked about the evils of TPP and Fast-track, and argued about whether Hillary Clinton would have bad policies. (I don't understand why Dave keeps talking as if there will be no changes in the House and Senate after the next election - the one that theoretically elects Hillary Clinton. That Congress can easily be different from this Congress.)

"Wisconsin Republicans seek to take away the weekend: Born is claiming this is just an attempt to streamline the process, but it's clear as day that the actual intention here is to remove the main obstacle - filing paperwork - that prevents employers from telling you that you work 7 days a week or you lose your job. Since Wisconsin is, under Scott Walker, a 'right to work' state, the 'work yourself to death or starve' choice is now being treated like it's a non-coercive choice and that people who choose working themselves to death are somehow doing so 'voluntarily'." (via)

I guess someone wants to turn Baltimore into a plague city, because they are turning off the water for 25,000 households. This is crazy stupid, just aside from the inhumane aspects. "City officials like Department of Public Works director Rudy Chow claim that residents using water without paying are to blame for the $40 million in overdue water bills. In fact, the Baltimore Sun found more than a third of the unpaid bills stem from just 369 businesses, who owe $15 million in revenue, while government offices and nonprofits have outstanding water bills to the tune of $10 million. One of those businesses, RG Steel (now bankrupt) owes $7 million in delinquent water bills all by itself. 'It's interesting that the city isn't targeting those businesses first,' Grant said. "

Sam Seder interviewed Ian Millhiser about The Surprising Wretched History of the Supreme Court.
- Sammy also interviewed David Dayen about his article on Barney Frank's bombshell about how two presidents abdicated responsibility during the financial crises.
- Barrett Brown told Sammy why he is in prison for doing his job.
- Here's Sammy talking to Jeff Madrick about Why Economist Cling to Discredited Ideas.
- I don't get the fairy story about how Obama finally learned to ignore the Republicans - too late.

Maybe you can save enough money refusing to buy carbs like bread and cereals and pasta to afford to eat healthy food occasionally, like steak and lobster - maybe even if you're on food stamps. Only an idiot would object to this, surely? Oh, wait....

Digby in Salon on "The quiet Social Security revolution: How Democrats learned to stop loving benefit cuts [...] "That is a shocking departure from the way progressives have been strategizing for the past 30 years. Instead of being in a defensive crouch they took the offensive and tried to set a new agenda. And it worked."

"The Biggest Outrage in Atlanta's Crazy Teacher Cheating Case: One of the defining issues of this millennium has been the bifurcation of the criminal justice system, with one set of rules for ordinary people and another for elites. We've learned that justice is a commodity to be purchased rather than a universal value delivered without prejudice. That's the proper backdrop to the news of convictions in the Atlanta test cheating case. Eleven educators were found guilty of racketeering charges - something typically reserved for organized crime - for feeding students answers to standardized tests, or changing test sheets after they were turned in. If you don't remember these kinds of creative prosecution strategies during the financial crisis, that's probably because no prosecutor ever used them. Teachers ordered to falsify tests and the superiors who demanded it, amid desperation to save schools from destruction, deserve no mercy from the court. Bankers who ran a criminal enterprise to engage in the largest consumer and investing fraud in world history deserve our thanks."

"Exposing Hedge Fund Politics in New York: Two weeks ago, several busloads of New Yorkers made a pilgrimage to Greenwich, Conn., to visit the waterfront estate of the hedge fund titan Paul Tudor Jones II, where, suffice it to say, they were not invited in to see the china."

Atrios says all of these rent-a-DAs should go to jail, and he's right.

Also via Atrios, Michael Hiltzik on How Megan McArdle gets Social Security profoundly wrong.
- And "After a story is published, a minimum wage worker loses her job"

"Ello, goodbye. [...] A venture-capital funded startup is a temporary company that has to convince enough people into using their platform so that they can make good on the exit they promised their investors at the very beginning. It is the opposite of a long-term, sustainable business."

A right-wing blogger got all his friends (known to the rest of the SF world as the Sad Puppies) to join the World Science Fiction Convention to block-nominate right-wing writers and writings for the Hugo Awards. A sort of hard-copy version of a DoS attack on better works and authors getting those nominations, you might say. Vox Day has responded to criticism with, among other things, a video depicting Patrick Nielsen Hayden as Hitler for daring to be dismayed that good writers and stories got shut-out of the running. (And, I have to say that, although the very idea brought us gales of laughter, the actual monologue just wasn't very clever.) Anyway, here is a Voters Guide for people who want to make sure the undeserving don't win, and here's how No Award works. (Luckily, they missed the artist category. This house supports Steve Stiles!)

Artwork made from peeps

This isn't a chameleon!

Why can't I find Boasters in my local shops anymore? They're so good!

The Beatles, and one of the most beautiful songs I've ever heard.