I got so much honey the bees envy me 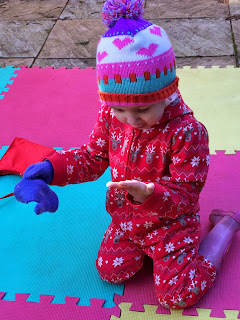 Susie Madrak explained just how expensive it is to be poor on Virtually Speaking with Jay Ackroyd. I wish everyone understood this. It's amazing to me that there are people who don't already.

David Sirota talked to Sam Seder about the attack on pensions and how PBS is turning into the Plutocrat Broadcasting System, on The Majority Report.
And David Dayen talked to Sam about why the Post Office should become a bank.

Radley Balko on The drug war's profit motive explains that opposition to a medical marijuana bill in Wisconsin is meeting a brick wall from a law enforcement coalition that seems to be all about the money - without asset seizures and drug war funding, cops won't have as much money to play with to buy shiny military gear to assault people who have leaves, so having leaves needs to be illegal.

"Ex Monsanto Lawyer Clarence Thomas to Hear Major Monsanto Case: In Monsanto v. Geertson Seed Farms, No. 09-475, the U.S. Supreme Court will hear arguments in a case which could have an enormous effect on the future of the American food industry. This is Monsanto's third appeal of the case, and if they win a favorable ruling from the high court, a deregulated Monsanto may find itself in position to corner the markets of numerous U.S. crops, and to litigate conventional farmers into oblivion."

Glenn Greenwald, "How Covert Agents Infiltrate the Internet to Manipulate, Deceive, and Destroy Reputations: One of the many pressing stories that remains to be told from the Snowden archive is how western intelligence agencies are attempting to manipulate and control online discourse with extreme tactics of deception and reputation-destruction. It's time to tell a chunk of that story, complete with the relevant documents."

Krugman makes a chart on Austerity: "If spending had tracked what happened under Bush II, discretionary spending would be about a third - or more than 2 percent of GDP - higher. Since there is good reason to believe that the multiplier is 1.5 or more, this would mean real GDP 3-plus percent higher, closing much if not most of the output gap, and probably an unemployment rate below 5.5 percent. In short, we would have had a vastly healthier economy but for the de facto victory of disastrous austerity policies."

South Carolina legislature confiscates budget of college for assigning Alison Bechdel's Fun Home: "The South Carolina House of Representatives has withdrawn $52,000 from the College of Charleston for including Alison Bechdel's brilliant, celebrated memoir Fun Home in its summer reading program. Bechdel, creator of the Dykes to Watch Out For strip, published the memoir in 2006. In graphic novel form, it tells Bechdel's story of growing up closeted in a family riven by a father who can't admit that he is gay and an embittered mother who doesn't allow herself to notice her husband's affairs."

Ryan Cooper in The Washington Monthly advocates Free Money for Everyone. Good.

The fix - on gold. Everything is fixed.

This is a couple of years old, but I stumbled on it while looking for something else and it just reminded me that, aside from making great speeches on important issues, (unlike some presidents we could name), I've always wanted to be able to vote for Julian Bond for president. He's just naturally a right guy.

Telemarketing counter-script - for when they won't leave you alone.

June, 1968: How science fiction voted on the Vietnam War in the pages of Galaxy.

Music from Hell - "Luke and I were looking at Hieronymus Bosch's painting The Garden of Earthly Delights and discovered, much to our amusement, music written upon the posterior of one of the many tortured denizens of the rightmost panel of the painting which is intended to represent Hell. I decided to transcribe it into modern notation, assuming the second line of the staff is C, as is common for chants of this era. so yes this is LITERALLY the 600-years-old butt song from hell." It could have been a lot worse, all things considered.

Submitted for your approval - Rod Serling

I completely love it that someone made this, and I want to play in it, too!