If I had my way I would tear this building down 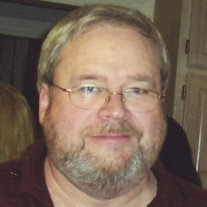 RIP: Bartcop, aged 60. Not just the blog,* the man*. His real name was Terrence R. Coppage, though we never knew that back then. Back in the day, I used to link to him all the time, quote him, go to his page daily. Before I started my own blog, Bartcop.com was the focal point website for a whole lot of us. It was in Bartcop chat on IRC that I badgered Atrios about starting his own blog and gave him the link to Blogger that got him started. I met some of my favorite internet people at Bart's, found some of my favorite journalists. I've even met a few of these people when they visited London. I did not share his love of tequila, but we both loved Led Zep, I'm glad he made me aware of Shirley Manson.
The Rude Pundit, Susie Madrak and Brad Friedman have their own tributes up, and there's an article at The Raw Story.

Dave Johnson and Cliff Schecter will be tonight's panelists on Virtually Speaking Sundays and will "consider why the trade deficit matters more than the budget deficit, Ukraine, Robert Duncan and the 'war on drugs.' Plus political satire from Culture of Truth.".
Isaac Martin, fiscal sociologist and author of author of Rich People's Movements: Grassroots Campaigns to Untax the One Percent, was the guest on Thursday's Virtually Speaking with Jay Ackroyd.

Adolph Reed, who recognized Obama's neoliberalism long before he became the Democratic nominee for the presidency, has an article in Harpers called "Nothing Left: The long, slow surrender of American liberals," which is only available to subscribers, but he discussed it with Sam Seder Wednesday on The Majority Report - highly recommended.
Also recently on the show, David Dayen on how the Post Office could save money, and Jodie Griffin: The Threat of The Comcast-Time Warner Merger & What Next For Net Neutrality?.
And Sam spoke to Mike Lofgren about his essay "Anatomy of the Deep State" at Bill Moyers' site.

Doesn't it bother anyone that the Israeli army is targeting Palestinian soccer players and murdering them on phony pretexts? It seems like the sort of thing you'd at least read about in the sports pages. "Just imagine if members of Spain's top-flight World Cup team had been jailed, shot or killed by another country and imagine the international media outrage that would ensue. Imagine if prospective youth players for Brazil were shot in the feet by the military of another nation. But, tragically, these events along the checkpoints have received little attention on the sports page or beyond."
Jon Stewart ponders the Fox News position on food stamp expenditure, which appears to be that poor people shouldn't eat junk food or nutritious, healthy food: "what's the right mixture of quality and class-based shame poor people should aim for in their meal planning?" (The video is Hulu so I can't see it, but text is supplied.)
And, of course, Obama is still working hard to promote the idea that Social Security cuts are a perfectly reasonable idea, once again saying they are still on the table.
And then there are Alan Grayson's ex-wife's allegations - which, true or not, could hurt him.
Why did the chicken cross the ocean? "Scores of Americans are in an uproar since Food Safety News revealed the U.S. Department of Agriculture (USDA) will soon allow U.S. chickens to be sent to China for processing before being shipped back to the states for human consumption."
Aasif Mandvi demonstrates how America has the best healthcare system in the world. And a Fox News commentator tells us how to solve the problems of those who can't afford health insurance. "If you're poor, stop being poor." (Video from Crooks and Liars, so I can see it!)

We know that Paul Ryan is what he is, but Atrios did what looks like a whole blog post, not just a link, on how The Washington Post writes about his war on the poor as if for all the world it's a great big piece of social justice for the poor. "Journalists can't be this stupid, so they've just chosen to let the politicians write the story they want told. It's 'make you stupider' journalism, instead of 'inform you' journalism, which is what so much political journalism is."
Atrios also made Paul Taylor his Wanker of the Day* Wednesday after his appearance on NPR promoting generational warfare. As Dean Baker reports, "Taylor repeatedly complained that younger generations don't seem angry about their parents' Social Security and Medicare. He told his interviewer: 'Well, what's so fascinating is there isn't any tension at the moment. You have a generation coming in that isn't wagging its finger with blame at mom or grandma, in fact, they're living with mom and grandma.'" I thought that was particularly interesting myself, since the quote from Taylor contains what should be the only explanation he needs for the not-so-curious fact that kids don't want to make war on their parents and grandparents. If you're living with mom and grandma, and you know perfectly well that they can't go out and get jobs instead of collecting the Social Security that is currently supporting you, it doesn't make sense to want to take their Social Security away, since it's not going to magically supply you with a good job, and in all probability it would mean you'll just all be living together in a cardboard box. Who is the genius who believes that if old people stay in the workforce longer - assuming they could manage to stay employed longer - they wouldn't be part of the job-competition that young people have to face? You don't have to spend that much time in the workforce to know that advancement often depends on the people above you retiring. And since employers these days are much more inclined to cut staff than add to it, getting rid of the people above you is sometimes the only way to move up, which is why more and more these days, you see some people actively conspiring to push out even the most valuable older workers (and they don't have to be that much older, either). Just leaving aside Taylor's bad math, most kids are also smart enough to figure out that mom and grandma are not the people who invented overwhelming student dept and policies that export and reduce American jobs. So, basically, the reason These Kids Today are not doing what Paul Taylor wants them to do is because they are smarter than him. Also via Atrios, McClatchy reports that the CIA is spying on members of Congress.

"WTF: CIA Took Secret, 'Unprecedented Action' Against Senate Intelligence Committee [...] The [Senate Intelligence] committee has spent several years working on a voluminous report about the detention and interrogation program, and according to one official interviewed in recent days, C.I.A. officers went as far as gaining access to computer networks used by the committee to carry out its investigation.... The specifics of the inspector general's investigation are unclear. But several officials interviewed in recent days - all of whom insisted on anonymity, citing a continuing inquiry - said it began after the C.I.A. took what Senator Mark Udall, Democrat of Colorado, on Tuesday called an 'unprecedented action' against the committee."
"Statement on Congress's Oversight of the CIA from U.S. Senator Martin Heinrich (D-N.M.), a member of the U.S. Senate Select Committee on Intelligence: "The Senate Intelligence Committee oversees the CIA, not the other way around. Since I joined the Committee, the CIA has refused to engage in good faith on the Committee's study of the CIA's detention and interrogation program. Instead, the CIA has consistently tried to cast doubt on the accuracy and quality of this report by publicly making false representations about what is and is not in it. The public must be given a complete and accurate accounting of this dark period in our history by declassifying not only the full Committee study, but the Panetta Review as well. Only then can the American people understand the scope and impact of the CIA's actions and hopefully future generations will learn from these mistakes."

I have no idea what they mean about this house, which to me looks better on the inside than on the outside. Some of those carpets really have to go, though.

Peter, Paul, & Mary, live. Or, this very different, but interesting, cover from Garbage (that seems to forget the point that Samson tore that building down with brute strength).