Burn that bastard down 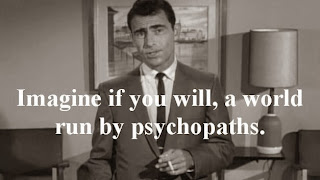 Just the other day I was complaining that no one is on television pointing out that "Obamacare" was actually a creation of the right-wing Heritage Foundation, and it's purpose was to prevent good health care. Little did I know that Michael Moore would soon be in The New York Times pointing out that very thing:

" I believe Obamacare's rocky start - clueless planning, a lousy website, insurance companies raising rates, and the president's telling people they could keep their coverage when, in fact, not all could - is a result of one fatal flaw: The Affordable Care Act is a pro-insurance-industry plan implemented by a president who knew in his heart that a single-payer, Medicare-for-all model was the true way to go. When right-wing critics 'expose' the fact that President Obama endorsed a single-payer system before 2004, they're actually telling the truth.

"What we now call Obamacare was conceived at the Heritage Foundation, a conservative think tank, and birthed in Massachusetts by Mitt Romney, then the governor. The president took Romneycare, a program designed to keep the private insurance industry intact, and just improved some of its provisions. In effect, the president was simply trying to put lipstick on the dog in the carrier on top of Mitt Romney's car. And we knew it. "

Thursday's big story on page and screen was The New York Times' decision to publish an editorial calling for clemency for Edward Snowden. As NYT Public Editor Margaret Sullivan mentions, numerous news organs ("including Politico, Fox News, The Nation, and USA Today") quickly reacted to the story. Everyone's favorite pull-quote from the editorial: "When someone reveals that government officials have routinely and deliberately broken the law, that person should not face life in prison at the hands of the same government." When the Guardian published a similar editorial on January 1st, no one seemed to think much of it - perhaps as much because of the date as the source - but for The Newspaper of Record to make the case was another matter - why, even CNN was prepared to give viewers real oppositional debate:
Glenn Greenwald vs. Ruth Marcus (WaPo) on Snowden
The Situation Room, Jeffrey Toobin (Obama partisan) vs. Kristinn Hrafnsson (WikiLeaks) and Ryan Lizza (The New Yorker) on Snowden.

What can drive you the craziest is how just one crackpot can force big institutions to do stuff that most people just don't want.

I can find nothing to disagree with in Jesse Ventura's New Year's Message.

How The Twilight Zone Predicted Our Paranoid Present

RIP: Phil Everly, 74, and some of the best harmonies ever. (More here.)

I was messing around in the 2007 archives looking up old links and exploring the link-rot when I re-found a pretty funny old video of Eddie Murphy and Cavett on Letterman's show.

There's a lot of interesting trivia (and some cool quotes) in this article about Marilyn Monroe.

Really tiny people playing with their food (Thanks, Charles!)

Neil Gaiman and Joss Whedon on the legacy of Buffy (Full podcast.)