I will try not to sing out of key 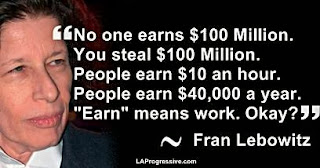 This week's panelists on Virtually Speaking Sundays were Avedon Carol and Gaius Publius. Gaius is always highly recommended in these quarters. I tried to talk more about TPP and our anti-democratic policy leaders and not too much about Chris Christie and the bridge.

Now, this is interesting - an article in The Washington Monthly suggests that renewal of Fast Track is dead on arrival Here's the horror show (.pdf): "Camp-Baucus Bill Would Revive Controversial 2002 Fast Track Mechanism: The Camp-Baucus Fast Track bill replicates the procedures included in the 2002 grant of Fast Track that expired in 2007".

One Year Later: Glenn Greenwald on "The inspiring heroism of Aaron Swartz: Whatever else is true, Swartz was destroyed by a "justice" system that fully protects the most egregious criminals as long as they are members of or useful to the nation's most powerful factions, but punishes with incomparable mercilessness and harshness those who lack power and, most of all, those who challenge power. Swartz knew all of this. But he forged ahead anyway. He could have easily opted for a life of great personal wealth, status, prestige and comfort. He chose instead to fight - selflessly, with conviction and purpose, and at great risk to himself - for noble causes to which he was passionately devoted. That, to me, isn't an example of heroism; it's the embodiment of it, its purest expression. It's the attribute our country has been most lacking."

EXPOSED: Tribalism in Washington! Or, as Ezra puts it, "The depressing psychological theory that explains Washington" - as was revealed when exactly the same policy prescriptions were put forward, the first time as "liberal" and the second time as "conservative, and how the Village reacted each time.

Athenae has a question about freeloaders. I think we should definitely take up her suggestion.

"Cold snap"? This is rather amazing - the recent weather in the US reduced to a "cold snap", the idea that there's a silver lining in that it will kill off whole lots of insects, and of course no mention of the fact that it's actually killing off people. And they wonder why we call NPR "Nice Polite Republicans"....

"Father sentenced to 6 months in jail for paying too much child support: A father will spend half of 2014 behind bars for doing too much for his son. After overpaying child support and seeing his son too often - breaking terms that were secretly modified without his knowledge - a judge sentenced him to a lengthy jail sentence."

Is someone poisoning female tourists in Asia?

I can't believe we don't already have one of these!

Yes, Atrios, I really want to!

Lake effect - If you can stand Facebook, this is a really weird bit of weather.

Dan tipped me off to Sandy Denny and Linda Thomson's version of "When Will I Be Loved".

So, they are re-showing Jonathan Creek from the beginning for the first time in 20 years, so we watched the first episode, and I was not surprised that I didn't remember any of it, but I was a bit surprised that I didn't remember who the murder victim was, and absolutely shocked that we'd never noticed that the original actor who played Adam was replaced - and who originally played him. Ah, but we wouldn't have recognized him back then.

Another dead link to a re-found video: Joe Cocker's performance of "With A Little Help From My Friends", with "lyrics"