A rumination with a view 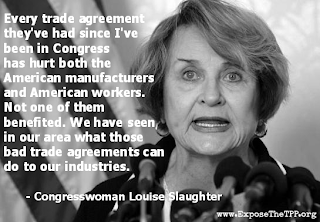 This week, Digby and Marcy Wheeler were the panelists on Virtually Speaking Sundays, rounding up the year in surveillance and "cognitive dissonance in the Village, the formerly impervious DC bubble."

Has anyone noticed that the United States government's agents seem to be embarked on a direct attack on the survival of the United States? I mean, seriously, would you want to visit, let alone do business with, a country that does things like this? "Outrage at JFK as Customs men smash a musician's instruments: Boujemaa Razgui, a flute virtuoso who lives in New York and works with many US ensembles, was returning to base over the holiday when Customs officials at Kennedy Airport asked to see his instruments. Bourjemaa carries a variety of flutes of varying ethnicity, each made by himself over years for specific types of ancient and modern performance. He is a regular guest with the diverse and enterprising Boston Camerata. At JFK, the officials removed and smashed each and every one of his instruments." The "reason" for this appears to be that they were "agricultural products". Ah, but that's a small thing in the context of unregulated banksters and runaway spy agencies, isn't it?
And speaking of spies breaking the country, here's Bruce Schneier on How the NSA Threatens National Security.

For the first time in a long time, The Washington Post has added someone who actually gives a damn about civil liberties. The good news, believe it or not, is that it's not a noted "liberal" or "progressive" public intellectual - it's actually libertarian Radley Balko. And while I'm sure Radley and I could find lots to argue about, on issues of civil liberties, justice, and the militarization of our police, Balko is a mensch.

"'Horror Stories' Show How Privatization Loots Taxpayers" - I've been saying this for twelve years now: You do not save money by privatizing; it costs more and it radically reduces efficiency. Every day there is a new "horror story" that is not just some glitch in the system, it's exactly what you can expect when you privatize. Dave actually understates the case here, because the underlying tax base is still always part of the gravy train.

"The Death Bet" - Ankit Shah tweeted the link to this Ian Welsh piece with the words, "A society grows great when old men plant trees whose shade they know they will never sit in," which is right, but I had a bit of trouble with the way Ian wrote it, as if everyone just decided to let everything fall apart. There's a lot of language in this piece that makes me wonder what he was drinking, because it sounds like he forgot that the people who've made a life-long and successful project of tearing the New Deal apart are older than the generation he seems to blame for doing it. And, most of all, that "the bulk of senior executives and the bulk of powerful politicians" don't represent a generation, they represent a particular class of people. Most importantly, those people regarded the builders of the New Deal - members of their own class - as class traitors. A portion of the ruling class's power was wrested from them by rebels within their own ranks and given to the people, and now they've wrested it back. It has nothing to do with "us" or a generation or anything the rest of us did. Though it's conceivable that we might have had an inhuman amount of precognition and paranoia that caused us to kill them all in their beds back in the '60s before they were able to effect their program, we didn't and were just trying to live our lives and do the best we could with the world as it was and didn't notice the massive changes they were bringing on us until it was too late. Some people still haven't noticed, but "the bulk of senior executives and the bulk of powerful politicians" (and a tiny handful of extremely, immorally rich individuals and families) are the ones who made this world, and We, the People, are just desperately trying to live in it. (Why else would cutting the estate tax even be a topic of public conversation when only 18 families in the whole of the United States would even benefit from those cuts which would be so harmful to the whole nation?) And, even so, we still plant trees whose shade we will never sit in, even though we know that the bad guys may be coming to mow them down.

"Dignitary's Maid Reveals Indignities of Domestic Work [...] Though household labor has evolved from its rigid historical forms, a new chapter of the period drama for the era of globalization has emerged in New York's rarefied diplomatic scene, with curious case of Sangeeta Richard, the domestic worker of Indian diplomat Devyani Khobragade."

Starting here, CMike left a comment on an earlier post - well, series of comments, actually, to overcome the limits of free Atom comment wordcounts - in response to a link that appeared in that post: "I'm going to comment and paste at extreme length about the top one of those three posters Avedon linked to over at Hullabaloo, with the upper caption on that poster repeating what, for a long time, has been the incessantly hawked neo-liberal claim that Finland has the best school system in the world. Now, of course, the neo-libs have no interest in seeing the Finns' "best in the world" system replicated here, but rather they want to create the impression among American voters and their elected representatives that our own K-12 educational system is failing. From there, almost seamlessly you can end up at the argument our labor market is beset by structural problems owing in part to these dysfunctional public schools which have left us with an inadequately educated work force, one that is not ready to compete successfully in the global marketplace and that that helps explain why wage rate growth for middle and working class earners in the U.S. has failed to keep up with productivity gains over the last forty years and why the new normal for the unemployment rate these days necessarily is going to be at a higher level than what would have been tolerated by voters in previous decades." And, once again, it turns out that it's not our public schools that are failing us.

The Odd Man Out keeps noticing that Poverty gets more expensive every day.
"The science of class superiority: If you're doing well, you believe success comes to those who deserve it, and those of lower status must not deserve it."

Jon Schwarz notices a little bit of rewriting history in an effort to make Edward Snowden the anti-Ellsberg. There's a lot of this nonsense around - how Ellsberg did X but Snowden did Y, and that somehow makes Snowden a bad guy. In this case, a Villager mouthpiece ends the Vietnam war a little early just to make what Ellsberg did more "okay" than what Snowden did. But of course, that's all wrong....

"New (and final) Tales of the City book to be published [...] The Days of Anna Madrigal, the ninth and final volume of Armistead Maupin's series (begun in 1978 as a newspaper serial), will be published on January 21."

Warren Zevon, Peter Asher, Waddy Wachtel and others talk about The Life and Times of the Everly Brothers.

Zander left me a little (belated) birthday present in his presentation of the 12 days of Christmas, Day Six. Only trouble is I miscounted - I think I said "six" when it should have been five.

Susie put up a smashing live performance of "Tell It Like It Is" - looks like it's on Jools, and it's so fine!