Find the cost of freedom 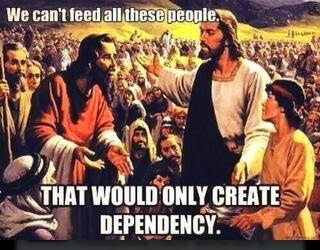 Start this one around the 25-minute mark to hear Lee Camp on how Utah is solving their homeless problem. (Use that link if you just want to hear that story, or this one if you just want to go to his page and hear the whole show - but that stream doesn't include time markers.) If you just want to read a story about how and why Utah did it, in contrast to what other localities are doing, try this link: "This trend makes Utah's accomplishment even more noteworthy. In eight years, Utah has quietly reduced homelessness by 78 percent, and is on track to end homelessness by 2015. How did Utah accomplish this? Simple. Utah solved homelessness by giving people homes. In 2005, Utah figured out that the annual cost of E.R. visits and jail stays for homeless people was about $16,670 per person, compared to $11,000 to provide each homeless person with an apartment and a social worker. So, the state began giving away apartments, with no strings attached. Each participant in Utah's Housing First program also gets a caseworker to help them become self-sufficient, but they keep the apartment even if they fail. The program has been so successful that other states are hoping to achieve similar results with programs modeled on Utah's."

"New Warren bill could save billions [...] Warren's bill would discourage tax-deductible settlements by forcing federal agencies to explain why certain settlements are confidential, and to publicly disclose the terms of nonconfidential agreements so that taxpayers can see how much settlement tax-deductibility is costing them." I'm not sure they care enough anymore that they would worry that their "explanations" make any sense or that people know how we are getting screwed. They won't be afraid of us until their servants kill them in their beds.
Money Addict - This guy quit trading because he realized it was harming the world, but it meant giving up his Big Chance. What's interesting is that it was an op-ed in the NYT.

"No, Medical Tourism Is Still Not a Solution to the U.S. Healthcare Crisis" - This is Mike the Mad Biologist's response to Dean Baker. I also disagree with Baker on this issue, but for different reasons. There are real ways to control medical costs in the US, and I don't think Baker is really addressing them. Yeah, we have a problem with overuse and resistance where antibiotics are concerned, but that's not the issue when you have people who spread disease because they can't afford any treatment at all, for example. Cutting the CDC (and cutting its independence from the political system and the all-holy Public-Private Partnership ideology) sure doesn't help. But, mainly, medical tourism just isn't practical, and neither is having a whole bunch of foreigners imported to do medical work that is best done by locals. We can train more people to do the work - we keep the numbers of doctors admitted to med school artificially low, and we do lots of other things that keep good people out of medicine. Of course, we could start by not letting the medical industry tell us what they think their time and work is worth and making us pay it.

"Blunt talk: Obama high on drug reform, but will he act?" - You already know what I think of Obama's promises and "aspirational" chatter, so, no, I don't expect anything good from him.

Yves Smith, "How Bitcoin Plays Into the Hands of Central Bankers and Will Facilitate the Use of Negative Interest Rates" - It's really all a gift to the banks.

You can't privatize a government function without losing confidentiality and security. This is in the UK, but the US is already far ahead in this category, since the Tories just finished the privatization process of the NHS. It means that all that data which was always understood to be confidential will now be in the hands of every private entity that has already weaseled out of the confidentiality agreements they used to treat as important. One of the greatest ironies of the arguments about Edward Snowden is that real secrecy is already gone precisely because putting "secret" or "confidential" information into the hands of private companies means it's already been let out of its box.

Ask Snowden Q&A, on the worst harms of mass surveillance ("bulk collection"): "The first is the chilling effect, which is well-understood. Study after study has show that human behavior changes when we know we're being watched. Under observation, we act less free, which means we effectively *are* less free. The second, less understood but far more sinister effect of these classified programs, is that they effectively create 'permanent records' of our daily activities, even in the absence of any wrongdoing on our part. This enables a capability called 'retroactive investigation,' where once you come to the government's attention, they've got a very complete record of your daily activity going back, under current law, often as far as five years. You might not remember where you went to dinner on June 12th 2009, but the government does. The power these records represent can't be overstated. In fact, researchers have referred to this sort of data gathering as resulting in 'databases of ruin,' where harmful and embarrassing details exist about even the most innocent individuals. The fact that these records are gathered without the government having any reasonable suspicion or probable cause justifying the seizure of data is so divorced from the domain of reason as to be incapable of ever being made lawful at all, and this view was endorsed as recently as today by the federal government's Privacy and Civil Liberties Oversight board."

"CONFIRMED: The DEA Struck A Deal With Mexico's Most Notorious Drug Cartel [...] After being extradited to Chicago in February 2010, Zambada-Niebla argued that he was also "immune from arrest or prosecution" because he actively provided information to U.S. federal agents. Zambada-Niebla also alleged that Operation Fast and Furious was part of an agreement to finance and arm the cartel in exchange for information used to take down its rivals. (If true, that re-raises the issue regarding what Attorney General Eric Holder knew about the gun-running arrangements.)"

Betty Bowers, America's Best Christian, on The DOs and DON'Ts of PRAYER

Nice interview with Roz Kaveney at The Heroines of My Life .