Some rob you with a six-gun, some with a fountain pen 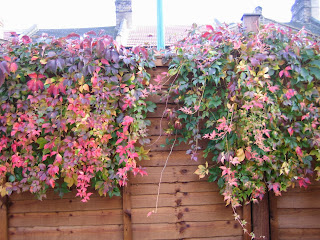 Yes, there's always been an element of right-wing craziness in America and in the Republican Party, but that used to be contained by the Democratic Party, which was more likely to respond to the majority of the country - and the needs of the American people.

That's no longer true. The Democratic leadership today agrees with the policy goals of the crazy right wing, they just don't foam at the mouth when they explain themselves, thus lulling people into thinking they believe something else.

It is not hard to hate this Democratic leadership, as long as you don't feel a tribal loyalty to being a Democrat or a "liberal". On television, you rarely see the identified Democrat or "liberal" make substantive arguments against Republicans, so it's not as if they are holding up a standard that might make self-identified "conservatives" or Republicans open their eyes. In fact, they generally confirm whatever the Republicans said while nit-picking, thus making the Republicans sound even more correct.

So, just as a start, you have the so-called "liberals" and "moderates" and "centrists" of the elite enabling the craziest behavior by the Republicans.

How do these crazy Republicans get to be leaders in their party? It's pretty simple, really - they have no opposition party to compete with. The gerrymandering that gives them a disproportionate percentage of seats in Congress has in large part been agreed to by Democrats, often creating safe Republican seats where there should be none. (I mean, New York? How can that happen in New York?)

But it's worse than that - there are beatable crazy Republicans in the leadership of their party who the Democratic leadership has deliberately refused to oppose. Dems could easily have beaten people like Paul Ryan, for example, if they had simply agreed to put some money behind the Democratic candidate.

And while all this madness goes on, as we watch the most mean-hearted and bullying creeps in the country living high on the hog, we are constantly being told - by Democrats! - that WE have to sacrifice "for the good of the country". Billionaires openly steal our homes and no one even forces them to make restitution, let alone put them in jail where they belong, and WE should be the ones to sacrifice? Really?

We've already sacrificed quite a good deal. We've sacrificed a country where we could afford to pay our medical bills and prescriptions out of pocket, where there were decent jobs (with decent protections) for almost anyone who wanted one, where we had schools that were mostly good and slowly improving, where the fat of the land was available to most and being slowly extended to all. Because suddenly it went into reverse and we have a country with high unemployment, unceasing debt, where only one party to a contract has to worry about defaulting (because the stronger signee can just do what it wants), where vital resources are becoming unaffordable, where things we've bought and paid for can be stolen out from under us on the whim of some rich creep who wants to be even richer (and wants to make us poorer), where no one says, "It's a free country," anymore, because it isn't. The land of the free is now a police state, the home of the brave is now cowering in fear of imaginary Caliphates in Kansas. We are the tired, the poor, the huddled masses yearning to breathe free - and there is no one to welcome us but the grave. So there'd better be a Heaven.

Seriously, if you are not angry, there is something wrong with you.

Matt Taibbi, "Looting the Pension Funds: All across America, Wall Street is grabbing money meant for public workers [...] Nor did anyone know that part of Raimondo's strategy for saving money involved handing more than $1 billion - 14 percent of the state fund - to hedge funds, including a trio of well-known New York-based funds: Dan Loeb's Third Point Capital was given $66 million, Ken Garschina's Mason Capital got $64 million and $70 million went to Paul Singer's Elliott Management. The funds now stood collectively to be paid tens of millions in fees every single year by the already overburdened taxpayers of her ostensibly flat-broke state. Felicitously, Loeb, Garschina and Singer serve on the board of the Manhattan Institute, a prominent conservative think tank with a history of supporting benefit-slashing reforms. The institute named Raimondo its 2011 "Urban Innovator" of the year. [...] Here's what this game comes down to. Politicians run for office, promising to deliver law and order, safe and clean streets, and good schools. Then they get elected, and instead of paying for the cops, garbagemen, teachers and firefighters they only just 10 minutes ago promised voters, they intercept taxpayer money allocated for those workers and blow it on other stuff. It's the governmental equivalent of stealing from your kids' college fund to buy lap dances. [...] So even if Pew's numbers were right, the "unfunded liability" crisis had nothing to do with the systemic unsustainability of public pensions. Thanks to a deadly combination of unscrupulous states illegally borrowing from their pensioners, and unscrupulous banks whose mass sales of fraudulent toxic subprime products crashed the market, these funds were out some $930 billion. Yet the public was being told that the problem was state workers' benefits were simply too expensive." This isn't just about pensions, though - Taibbi's story is a crash course on how our owners have been stealing our country out from under us and using fantasy math and a truckload of lies to bamboozle us all.
Sam Seder did a good interview with Taibbi following up on this story, on The Majority Report.

Alex Pareene, "How I botched it on CNBC" - I was actually a little surprised that when he was asked what shady practices JP Morgan Chase had been up to, Pareene didn't point out that the entire segment was about the fact that they'd been investigated and fined for those shady practices.

"Larry Summers: Goldman Sacked: Joseph Stiglitz couldn't believe his ears. Here they were in the White House, with President Bill Clinton asking the chiefs of the US Treasury for guidance on the life and death of America's economy, when the Deputy Secretary of the Treasury Larry Summers turns to his boss, Secretary Robert Rubin, and says, "What would Goldman think of that?" Huh? Then, at another meeting, Summers said it again: What would Goldman think? A shocked Stiglitz, then Chairman of the President's Council of Economic Advisors, told me he'd turned to Summers, and asked if Summers thought it appropriate to decide US economic policy based on "what Goldman thought." As opposed to say, the facts, or say, the needs of the American public, you know, all that stuff that we heard in Cabinet meetings on The West Wing. Summers looked at Stiglitz like Stiglitz was some kind of naive fool who'd read too many civics books."

"Seymour Hersh on Obama, NSA and the 'pathetic' American media [..] The Obama administration lies systematically, he claims, yet none of the leviathans of American media, the TV networks or big print titles, challenge him. 'It’s pathetic, they are more than obsequious, they are afraid to pick on this guy [Obama],' he declares in an interview with the Guardian." And I see Susie has video of Hersh's excellent recent speech to go with that - .well worth watching the whole 90 minutes of the man himself explaining what he got and how he got it, journalism, and ethics.

This is fun - Tweety kicks Congressman off a show after "cheap shot".
"Why conservatives should re-read Milton Friedman"

I missed this lovely little Google doodle they did for Claude Debussy's 151st birthday. (The Roswell one is kinda cute, too.)