You'll see my smile looks out of place 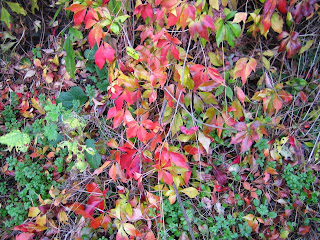 Tonight's guest on Virtually Speaking with Jay Ackroyd is Stephanie Kelton, Chair of the Economics Department at the University of Missouri, Kansas City, who joins Jay "to discuss Modern Monetary Theory and how the MMT policy recommendations compare to those of Keynesians, Monetarists and Real Business Cycle advocates. Stephanie appeared on Up with Chris last January, ostensibly to talk about the trillion dollar coin, but didn't really get a chance to explain why it's actually not a crazy idea."
This week's episode of Virtually Speaking Sundays featured Dave Johnson and Cliff Schecter on the return of the austerity and grand bargain narratives, including the appointment of New Democrats Chris Van Hollen, James Clyburn and Nita Lowey to the budget negotiation committee; GOP in disarray - Are the Teahadists chastened, or emboldened by the loss? PPACA, particularly the tension between identifying problems and defending it from attack; plus satirical commentary from Culture of Truth. Homework for the show: "'A Leninist Strategy" for Social Security, Decades in the Making" and The Powell Memo.

Sam Seder did a great interview with Max Blumenthal about what Israel has become, on The Majority Report. Highly recommended.

As I've been saying all along, what's been keeping the Republican Party insanity beating is not the Republican Party or even its crackpot billionaire friends, it's the Democratic leadership: "During his brief run for President five years ago, Joe Biden said something alarming. While on the campaign trail, he said to a Republican audience that the GOP, which had suffered a stinging defeat in the '06 midterms and were about to get their asses kicked back to Jebus Land again, needed to get back up and fight for what they believed in. Here's the darker side of my Fight Club metaphor, the road far less traveled by our useless mainstream media: The Democratic Party's unfailing penchant for snatching defeat from the jaws of victory. [...] And we're seeing it again now. Now we're hearing about otherwise reliably-Democratic guys like Dick Durbin, Ron Wyden and Patty Murray dangling little strips of red meat to the GOP in order to coax them up off their shiny pants suit bottoms and those little pieces of red meat are "reforms" to entitlement programs that has nothing whatsoever to do with ObamaCare or the debt ceiling, the debt, deficit or anything else the GOP had almost single-handedly fucked up or tried to. And then the Democrats wonder who encourages the Republican Party to take hostages every few months until they can get their way."

"What Kind of Problem is the ACA Rollout for Liberalism?" - As usual, the only problem for liberalism is that it's being called a "liberal" problem. But the policies that are creating these issues aren't liberal policies, they are "centrist" or "neoliberal" policies that introduce vast inefficiencies into what could have been a simple program to get medical care (not just commercial junk insurance) to everyone who needs it - and more cheaply than our current system(s) (with or without Obamacare) ever could.

Bill Black, "Justice Department Misrepresents JP Morgan Settlement [...] The settlement is not $13 billion, although it's being portrayed as that. It is at best $9 billion. And that's because the other $4 billion represents what we call loan workouts. Loan workouts are something that you do as a bank because if you try to insist on the original deal, the borrower can't repay, it goes to foreclosure, there are lots of losses. So in a loan workout you reduce the payments. And you do this not because of the goodness of your heart, but because the bank minimizes its losses by loan workouts. So what the Justice Department is agreeing is that JPMorgan can count all these loan workouts that it would have done anyway to minimize its losses as if they were part of a settlement. So disregard the $4 billion entirely. That leaves us with $9 billion. But that $9 billion, unless there's something not being reported again, will be reduced substantially, probably by about one-third, because these fraud expenses will be taxed deductible. In other words, the United States of America will pay a third of this supposed fine from the JPMorgan frauds to the United States of America."

Joan Walsh seems to be one of those people who've never heard of constructive criticism, or at least they forget the whole idea when it comes to things the Obama administration is up to. Look, it's obvious that our "technocratic elite" bollixed things up, and if the right-wingers say so, well, sure, the website is probably the result of a lot of profit-driven outsourcing instead of, say, civil servants with expertise dedicated to making the project work. But it's pretty clear from what Brian Beutler says the administration has been telling him that they don't really have a handle on what they are doing, and if we don't step up and demand that it be fixed, that's just gonna be the right-wing pointing out the obvious and pretending it's all because of "socialism" rather than the overweening confidence of people who think they can make big decisions about stuff they don't understand because they are so much smarter than the rest of us. If they are too dumb to know the basics of how systems work - and I'm not even talking about the tech end of things, but systems in general - then they'd better be listening to our criticisms.

Texas disenfranchises most married women (and anyone else who has ever changed their name): "Supporters of these new laws insist that requiring voters to have an ID that matches their birth certificate is a reasonable requirement. As Texas Attorney General Greg Abbott has repeatedly said, 'Almost every single person either has a valid photo ID - or it is very easy to get one.' What they don't say, however, is that the people who don't are largely married women who have taken their husband's name." (via)

I've never liked the name of the group Strengthen Social Security because it fits too neatly into the meme that Social Security is weak, and of course the stories we hear about how weak it is all come from the shop that wants to make it even weaker. But, anyway, they've got this video, and I'm still trying to decide how I feel about it. It certainly contains some good elements, but it hinges on a pretty big If: "If the president is standing with the majority of Americans against all cuts to Social Security... then let's stand with him." And that If is downplayed enough that I worry that too many people will read that not as an if/then statement but as a declarative - without the If. And then it turns into just another "Trust our president to do the right thing" thing. Except that I'm not sure this ad is actually aimed at the public at large, but rather at the politicians.

Storify has a pretty good collection of tweets from the Fix the Debt trollfest (and thanks to commenter ifthethunderdontgetya for giving us that link), but as Chris Hayes noted, The Washington Post somehow omitted all of Sam Seder's best material.

Ryan Cooper has a decent piece on why Social Security cuts are exactly the wrong way to go, "Washington is still stuck in the wrong conversation," over at The Plum Line. I'm still not sure why raising taxes on the Malefactors of Great Wealth is supposed to take such a big bite out of aggregate demand, though, given that the immorally rich are just hoarding their wealth at this point. You have 18 families who could stand to lose literally billions and would still be rich enough to pay everyone they are currently paying (maids, gardeners, chauffeurs, lobbyists, right-wing "centrist" spin-tanks, blog trolls, etc.) without noticing it, and reducing their power would vastly improve our system. Wealth confiscation at the top was good for our country when it was first founded, and confiscatory taxes on the rich helped drag us out of the Great Depression and keep our economy stable and productive for over a generation. Redistribute the money you take away from rich people to people who need to spend it (e.g., all those poor and unemployed people), and you'll have plenty of aggregate demand. If the Filthy Rich suddenly become the Merely Slightly Soiled Rich and can't afford to buy the government anymore, there will be plenty of honest jobs available for all the people who suddenly find themselves unfunded by the Great Grift machines. After all, we have an entire government to rebuild. (via)

Yves on Thomas Friedman: "Who Should Young People Throw Under the Bus: Granny or Billionaire Hedgie Stan Druckenmiller?"

Black Agenda Report, "Obamacare VS Single Payer - Top 10 Things the ACA Gave Us VS the Top 10 We Gave Up

Robert Kuttner, "A Letter From the GOP to Itself: Why We Will Come Out Ahead [...] On domestic discretionary spending, the current spending budget that Obama has accepted is already below the level of the Paul Ryan budget!"

"Ilargi: Winter In America Gets Colder - Why We Choose Poverty" - I have a problem with the use of the pronoun "we" in this piece, but anyway... .

Marcy Wheeler on "CIA and the President: The Warm Embrace of Mutual Incrimination [...] Again, I think this is the way Presidential Findings are supposed to work: to implicate the President deeply enough to ensure he'll protect the CIA for the crimes he asks it to commit. But it's not the way a democracy is supposed to work."

"Anti-Establishment Journalist Has Spent 400 Days in Jail [...] His name is Barrett Brown, the founder of Project PM, and he also spent some time as an activist embedded with Anonymous, which no doubt earned him the attention of the authorities."

"The real reason that 500,000 people died in Iraq" - There's a reason why Atrios periodically re-posts the clip of Thomas Friedman explaining that we had to invade Iraq to tell 'em to "Suck on this" - it really does sum it up, and the astonishing thing is that Friedman actually thinks this is not something to be ashamed of. But even Washington insiders admit that this is really the reason we "had to" invade Iraq. Via Atrios, who had a few words to say about it.

Richard Cohen admits he was wrong about Snowden.

Is Tory MP Julian Smith trying to have the Guardian arrested?

RIP Noel Harrison. Contrary to the obits, the song I remember him for is "A Young Girl".
"Maxine Powell, head of Motown Finishing School, dies at 98 [...] Her Artists Development Department - known as Motown's Finishing School - was considered as important to its operations as any singer or producer. Some of its training included teaching Marvin Gaye to sing with his eyes open and the proper way to exit a limousine."

I don't know what you're seeing on those sidebar adstrips in the US, but I've really been enjoying them since they all started advertising The Halloween Corset Sale! I can't begin to tell you how much of an improvement this is over what I usually see there.

"It took four miles of yarn to turn this tree into a knit squid."

A Lobbyist And A Senator Walk Into A Restaurant ...

MAP: Christian Kendrick called it "The rise and fall of the Jennifer Empire" - six decades of girls' names.

MAP: What each country leads the world in. I think they left a few things out, but I wonder if this map might have made Ricardo think.

"Whoever painted this church mural really didn't think it through did they?" [Link]