Well, I just had to laugh 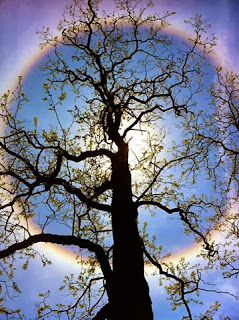 Anthropologist Karen Ho talked about Liquidated: An Ethnography of Wall Street, based on interviews with employees of Morgan Stanley, Merrill Lynch, Lehman Brothers, Goldman Sachs, JPMorgan and other firms, on Virtually Speaking with Jay Ackroyd.
If you haven't listened to this week's Virtually Speaking Sundays with McJoan and Stuart yet, here's the homework:
Joan McCarter, "How House Republicans guaranteed a shutdown: by changing the rules"
Rules Chair admits changing rule to prevent vote to fund govt
Jay Rosen, "The production of innocence and the reporting of American politics"

Benjamin Wittes, "The Debt Ceiling as a National Security Issue: If a body other than the Congress of the United States were actively contemplating a step that would, by the accounts of virtually all economists, tank the U.S. economy, cause interest rates to shoot up, and trigger a financial crisis, we would talk about that body as threat to national security. At a minimum, we would talk about the step it is contemplating in national security terms. A government shutdown, after all, can invite a national security event, but by itself it isn't one. It's a game of Russian Roulette. A default, by contrast, is a national security event, the loss of one of this country's great international and domestic assets: Its undoubted creditworthiness. It is an asset on which much of this country's prosperity and power rests."

"Glenn Greenwald Exits 'The Guardian' to Help Launch New Media Outlet [...] But who was the moneyman behind the new venture? A short while later Reuters was the first to report this scoop on the man behind the offer: 'Glenn Greenwald, who has made headlines around the world with his reporting on U.S. electronic surveillance programs, is leaving the Guardian newspaper to join a new media venture funded by eBay founder Pierre Omidyar, according to people familiar with the matter.'"
"The extraordinary promise of the new Greenwald-Omidyar venture [...] By hiring Greenwald & Co., Omidyar is making a clear statement that he's the billionaire exception. A little more than a year ago, Greenwald was writing for Salon.com, which (somehow) has a market cap of $3.5 million. Six years ago he was still typing away on his own blog. It's like Izzy Stone running into a civic-minded plastics billionaire determined to take I.F. Stone's Weekly large back in the day. It does sound exciting. And this is interesting: "NYU's Jay Rosen interviewed Omidyar and breaks the news that he was one of the few people approached about purchasing the Washington Post. That process led Omidyar to 'ask himself what could be done with the same investment if you decided to build something from the ground up,' Rosen writes. Wait... did he say 'same investment'? As in $250 million-ish? Yes he did."

Sirota: "Hostage-Taking In The Classroom [...] 'Experimenting with new methods' is Wall Street Journal-ese for anti-union aristocrats like Bloomberg using children as pawns in an ideological scheme to turn more of the public school system into union-free - and failing - charter schools." And that's just one little thing.

We're having a resurgence of 'Evil Old People Are Eating Their Kids' from the media, again as an argument for cutting Social Security. You really have to wonder how these people got the idea that old people are magically going to take care of themselves if they lose SS, as if everyone didn't know that one great selling point of the program is that it helps prevent old people from being a burden to their children. Your choice isn't just between "the government" taking care of granny and granny magically being kept on longer at the company she has been working for or finding a new job, it's between granny having no job and granny having no job but receiving Social Security. Which means the real choice is between granny maybe being able to afford to stay in her own home and pay for her own groceries, or granny moving in with the kids and grandkids and being another mouth to feed (one who doesn't have a few extra bucks to send to the grandchildren at Christmas). Not to mention the fact that if granny and grandpa can't afford to retire and can manage to stay in the jobs longer, that means no one below them is moving up and no new jobs are opening up at the bottom for younger people to get onto the jobs ladder. This is all so obvious that it's embarrassing to feel the need to re-state it. Digby, "The moustache of (mis)understanding strikes again: I know there is no more trite phrase in America, but Lord, this Thomas Friedman column is bad is bad. It's so bad you have to read the whole thing to experience the full horror of it. In fact, I'm not even sure he wrote it himself. It reads more like something the messaging shop at Fix the Debt put together to sound like Thomas Friedman."
I rather enjoyed Michael Brooks' response to David Gregory's claim that "entitlements" are "cannibalizing the budget".

"Miami attorney to challenge criminal asset seizures in Supreme Court case" - The forfeiture process is meant to reduce the possibility that "organized crime" earnings will be spent on legal defense rather than be available to be spent by the government. What it really means is that the cops take your money and then you can't defend yourself. And, interestingly, no one seizes the assets of bankers who visibly acquired their ill-gotten gains by breaking the law. It will be interesting to see what Scalia says in this case.

I generally avoid the Republican Crazy Train, but I'll make an exception for this story on John Bolton and his place in history: "But Mr. Bustani and some senior officials, both in Brazil and the United States, say Washington acted because it believed that the organization under Mr. Bustani threatened to become an obstacle to the administration's plans to invade Iraq. As justification, Washington was claiming that Saddam Hussein, the Iraqi leader, possessed chemical weapons, but Mr. Bustani said his own experts had told him that those weapons were destroyed in the 1990s, after the Persian Gulf war. 'Everybody knew there weren't any,' he said. 'An inspection would make it obvious there were no weapons to destroy. This would completely nullify the decision to invade.' Mr. Bolton disputed that account. 'He made that argument after we invaded,' he said. Twice during the interview, Mr. Bolton said, 'The kind of person who believes that argument is the kind who puts tin foil on his ears to ward off cosmic waves.'" Since everyone saw this happening in real-time, you'd have to be a moron to believe anything John Bolton says.

Beating the DCCC's protection of Republicans, one district at a time.

Ted Rall, "My Fake French Birthplace and the NSA: Why the Best Way to Keep Big Data Safe is Not to Have Any [...] After the war, the French realized that data collected for innocent purposes during the 1930s under a leftist government headed by a Jewish president had facilitated the murder of thousands of people who might otherwise have escaped or stayed hidden."

Glenn Greenwald, "The perfect epitaph for establishment journalism: "'If MI5 warns that this is not in the public interest who am I to disbelieve them?', says the former editor of The Independent."

This bit in Bill Moyers' "Let's Call The Shutdown What It Is: Secession By Another Means" bothers me: "Despite what they say, Obamacare is only one of their targets. Before they will allow the government to reopen, they demand employers be enabled to deny birth control coverage to female employees; they demand Obama cave on the Keystone pipeline; they demand the watchdogs over corporate pollution be muzzled and the big bad regulators of Wall Street sent home. Their ransom list goes on and on. The debt ceiling is next. They would have the government default on its obligations and responsibilities. " I am befuddled by his including of "caving" on the Keystone pipeline. Is he implying that Obama opposes Keystone? Or that Keystone is a good thing? I don't get that at all, because everything else on this list (excerpted, he tells us, from a much longer list that "goes on and on"), is something every good liberal opposes, right? Something Obama (at least publicly) opposes. But Obama doesn't oppose Keystone, and from all reports he seems to be the guy who is keeping it alive. Does Moyers believe this is not the case? I can't believe he actually supports it himself, so....

How the Obama administration is killing black colleges

Ten myths and facts about the death penalty

Russell Brand on all kinds of revolution

Benedict Cumberbatch wrote a letter to Julian Assange asking if they could meet. Here's Assange's reply.

Well, fancy that - CMike tips me off that Sanjay Gupta has finally admitted that marijuana has medical value and actually has a documentary about it.

One of the most stunning things I ever saw anyone say on the internet was back in the old Usenet days when a libertarian opined that what made Dilbert so funny is that it was so unrealistic, no one had those experiences. Which I guess explains why he was a libertarian, at least. Anyway, here's a post called "How 'Dilbert' Practically Wrote Itself."