When lights close their tired eyes 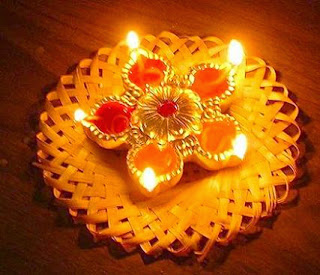 Last week, Gaius Publius and David Waldman (KagroX) were panelists on Virtually Speaking Sundays, discussing moving the conversation and how "Centrist" Democrats have been Tea Partying the Democratic Party.
Joan McCarter and David Dayen were the panelists this week on Virtually Speaking Sundays, discussing banksters and Senate races.

Longtime readers will know this is of special interest to me: Ryan Grim: Kill The Messenger: How The Media Destroyed Gary Webb - Grim spoke to Sam Seder on The Majority Report.
On The Majority Report, Sam talked to James Risen about Pay Any Price: Greed, Power, and Endless War, his book about the corruption in the War on Terror, and about the fact that the government went after him for reporting the truth.

The Raven has written a short series of short posts on what Adam Baldwin has dubbed "Gamergate", which, depending on how you look at it, is either about corruption and cronyism in game reviewing or, um, not. For the Raven, it's something very scary, as his post titles may suggest: "In Which Open Political Terrorism Against Women in the USA Becomes A Thing", "GMRG8 and Censorship ", and "GMRG8 and Law". Matt's been covering this on The Majority Report, and had a good interview with Brianna Wu explaining the whole thing.

I know Kevin Drum has always been too credulous about centrism and all that, but he's one of our longest serving members of the left blogosphere and has always been a nice guy, so best wishes to him.

Has Krugman gone full-on Obot? Because he seems to be hippie-punching, lately. Bill Black isn't impressed when he bashes liberals for criticizing Obama, even though he has made the same criticisms himself.

"Gretchen Morgenson on the Damage of Private Equity Secrecy: The short version is that if the private equity industry had nothing to hide, they wouldn't be hiding it."

"Economists Say We Should Tax The Rich At 90 Percent" - Gee, y'think?

Recommended reading: Julian Assange, "Google Is Not What It Seems [...] Since at least the 1970s, authentic actors like unions and churches have folded under a sustained assault by free-market statism, transforming 'civil society' into a buyer's market for political factions and corporate interests looking to exert influence at arm's length. The last forty years have seen a huge proliferation of think tanks and political NGOs whose purpose, beneath all the verbiag1e, is to execute political agendas by proxy. [..] By all appearances, Google's bosses genuinely believe in the civilizing power of enlightened multinational corporations, and they see this mission as continuous with the shaping of the world according to the better judgment of the 'benevolent superpower.' They will tell you that open-mindedness is a virtue, but all perspectives that challenge the exceptionalist drive at the heart of American foreign policy will remain invisible to them. This is the impenetrable banality of 'don't be evil.' They believe that they are doing good. And that is a problem."

I wonder if this is true. It would be fun just to sneer at the media.

No one counts the number of people who have been killed by cops.
But someone is looking at police lawsuit settlements, and it's no wonder Philly has budget problems. (Well, that and other graft and corruption, but still, maybe the teachers union should start including that in their arguments - "If you're running out of money, tell the cops to stop abusing their power!")
"Documents Show NYPD Has Paid $428 Million in Settlements Since 2009"

How many lattes do you have to give up to get rich?

Milt Shook, "Toward a better understanding of religion: Muslim edition" - This is pretty reasonable, although I would argue that you can make sense of the Bible only if you read it as economic history, where it doesn't' actually fare badly. Societies get too unequal and mean and money-centered, God smites 'em. Which is another way of explaining the fact that those societies destroy themselves, and God didn't do it at all. (Also: Good on Ben Affleck.)

Via Lee Camp, the only people who ever drove Jesus to violence - and it wasn't just because they were there, but because of what they did: He called them thieves.

The BBC has launched BBC Music, and if you can't see/haven't seen it yet at the BBC site, it's worth taking a look at the version of "God Only Knows" they put together to celebrate it. You'll recognize a few faces.

Cream, live. I always thought Jack Bruce deserved better than to be overshadowed by his bandmates to such a degree. RIP, Jack. Ah, what the hell, listen to the whole album.

I can't believe I'm having so much trouble finding more of my favorite type of hair-clip. They used to be everywhere, they were simple with only one piece, and now I can't even find a photo of them on the web. This is close, although it looks like it may have a decorative layer, and I'm just happy to have the plain ones. If you find any, let me know.