The crowd called out for more 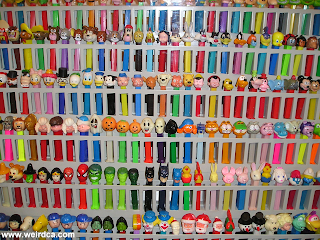 On Virtually Speaking, Marcy Wheeler talked with Patrick Eddington, a former CIA officer, and former intelligence staffer to Rush Holt, about the nature of "intelligence" and the loss of Congressional oversight. Homework for this one: Senator Frank Church on Meet the Press: The Intelligence Gathering Debate, 1975. "There would be no place to hide"

The Democratic Party's Tea Party faction in action: Obama's friends may successfully defeat Progressive Caucus member Mike Honda. Because another odious technocrat is just what we need. (Thanks to commenter ksix for the tip.)

Right now even the most optimistic Dem prognosticators are talking about hanging onto the Senate by a hair and probably losing some Congressional seats as well. And yes, we can blame the media for some of it, but let's not get carried away, because the Dems barely lifted a finger to try to give voters something to vote for. Robert Kuttner is right, even if the Dems aren't "routed" - this should have been an easy win.

This is the most recent video I've found of the remarkable performance of a certain candidate behaving like a petulant 6-year-old during a very lamely-handled interview by a soft-baller at The Cleveland Plain Dealer, which the paper for some reason keeps making people take down. Ah, here's an update of the story at PressThink.

Glenn Greenwald, Laura Poitras, Jeremy Scahill, and John Cook's statement on why Matt Taibbi quit First Look: "Taibbi's dispute with his bosses instead centered on differences in management style and the extent to which First Look would influence the organizational and corporate aspects of his role as editor-in-chief. Those conflicts were rooted in a larger and more fundamental culture clash that has plagued the project from the start: A collision between the First Look executives, who by and large come from a highly structured Silicon Valley corporate environment, and the fiercely independent journalists who view corporate cultures and management-speak with disdain. That divide is a regular feature in many newsrooms, but it was exacerbated by First Look's avowed strategy of hiring exactly those journalists who had cultivated reputations as anti-authoritarian iconoclasts."

It's going even farther than usual to say, "Government didn't build my business, I did," when your whole town wouldn't exist without the government.

Via Atrios, "The Red Cross' Secret Disaster" tells you what happens when you put a relief agency in the hands of people who come from today's Glorious Leaders.

Making the point? "Muslim Company Forcing Christian Employees to Wear Headscarfs: A Muslim-owned arts-and-crafts store in Dearborn, Michigan is forcing its female Christian employees to wear traditional Islamic headscarves while on the job. According to local reports, Khilaf Krafts began requiring its eight female employees to wear hijabs last week, following the U.S. Supreme Court's 5-4 decision in Burwell v. Hobby Lobby, which gave religious rights to family-owned businesses. Although five women working for the company are Muslims, the remaining three are practicing Christians. The company has threatened to fire any Christian woman who does not comply."

Everything You Need to Know to Vote in the 2014 Elections

Blast from the past: Whenever I hear anyone talk about Al Gore's lack of charisma, I remember seeing the video (which, alas, I can't find now - a real shame because it's even more obvious how much more visually dynamic Gore can be) of Gore talking to some students at Concord High School in New Hampshire, and answering a question about how individuals can make a difference, and his story about how the poisoned water at Love Canal was exposed by a high school student who wrote to her Congressman. This American Life preserved the audio, fortunately, in a segment about how different candidates - with the example being Gore - are from the way the media middlemen paint them. Some interesting student comments: "He wasn't as stiff as people say he was. He comes out, takes his jacket off or whatever. He walks around, he asks for audience participation, he talks to the audience." "I mean, he was still Gore. But he wasn't quite as stiff as like-- he didn't just get up and talk like the other candidates did. He's kind of a neat speaker to see." Some of you may remember how the media turned this event into what had to be a complete nightmare for Gore - all, apparently, because MoDo and the Spite Girls thought George W. Bush (George W. Bush!) was hotter than Al Gore.

What emphasis is for: "I never said she stole my money."

Our friend Pavl Duke, playing all the instruments.

Award-winning shadow-casting sculpture - We've seen a couple of these before and enjoyed them, but I have to say I was touched by the background of this one, which the artist says was based on a design from the Alhambra fortress in Granada, Spain, "which was poised at the intersection of history, culture and art and was a place where Islamic and Western discourses, met and co-existed in harmony and served as a testament to the symbiosis of difference."