Woke up this mornin' with my mind stayed on freedom 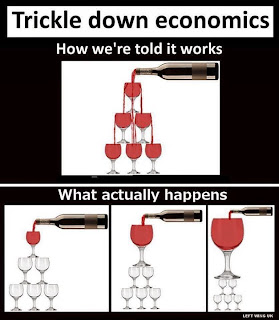 After the first time I saw Gaius Publius talking about this, I bugged him to post it where I could link it, and I attempted to sum it up last time I was on Virtually Speaking Sundays, but Gaius has finally posted "Are Democratic Leaders Already "Tea Partying" The Progressives?" In the context of the Democratic wing of the Democratic Party talking about Tea Party tactics to get the "centrists" out of party leadership and replace them with liberals, the joke is that the "centrists" are the ones who are always warning us of the dangers of allowing the Republicans to win, while, of course, they have been putting up terrible "centrist" candidates all over the country promoting policies the public detests. "As DWT readers know, Steve Israel, the DCCC, and to a lesser extent the DSCC, have been disasters for the Democratic Party, if "success" means "taking or keeping control of Congress" and "disaster" means "failing to try to do that." These Democratic train wrecks have been well document on these pages-- for example, here and here. But click any link tagged "Steve Israel" or "DSCC" to get the gist."
Related:
Democrat takes liberal position in Senate race: "Democratic Senator Mark Begich of Alaska is embroiled in one of the toughest reelection campaigns in the country, and control of the Senate could be at stake. So he's going to ramp up his push for a proposal that is treated as marginal inside the Beltway, but could nonetheless prove to have appeal even in a deeply conservative state: The proposal to expand Social Security." Press amazed.
DCCC recruits torturer for Congressional race.
"Centrists' clueless obsession: Why do so many want to cut Social Security?"

Why do miners have benefits denied when they obviously have black lung? Well: "Like many other miners, he had lost primarily because of the opinions of a unit of doctors at the Johns Hopkins Medical Institutions that had long been the go-to place for coal companies seeking negative X-ray readings to help defeat a benefits claim. The longtime leader of the unit, Dr. Paul Wheeler, testified against Steve, and the judge determined that his opinion trumped all others, as judges have in many other cases." Of course, the autopsy shows Dr. Wheeler was wrong. Now, how does that happen?

Maybe Krugman jumps the shark once a week, but in a way, he's right. Obama is one of the most successful presidents in history, more consequential than Reagan, if his mission was to destroy the opposition to the Tory agenda and render the Democratic Party no more than a tool of arch-conservatives. He's done that.

Yes, talk about pensions is exciting! But look again at the "centrist" bias of the NYT article referenced.

"Asset seizures fuel police spending" - on stuff they don't need but convince themselves they have to have, so they look for opportunities to steal people money and cars and homes, even when those people haven't been formally charged let alone indicted for any crime. And good luck getting it back if you are exonerated.

An enemy nation could just buy into a multinational corporation and arrange to attack our land, poison our water, and make our air unbreatheable. In fact, they already have.

RIP Fred Branfman, journalist who exposed the truth about America's horrifying devastation of Laos in his 1972 book, Voices from the Plain of Jars: Life under an Air War, and continued to try to tell the truth for the rest of his life.

Gaius Publius interviewed Stephanie Kelton, and she had this great idea: To guarantee a living wage, make government the employer of last resort. "If [FDR-style jobs programs] were created the right way, and you said, 'Anybody who's ready, willing and able to work, or unable to find a job in the private sector - or if you just don't like that job - you can come and take this [government] job. We're going to create one for you at a living wage with these benefits ...' You create a package for the worker that then becomes the minimum, [which] everyone else has to provide - or they're not going to get workers. That becomes the de facto minimum. - We're not going to let you starve in America." And that means people have money to spend in the real economy, which creates demand, which creates jobs....

Via Atrios, Frank Bruni, who I normally ignore, actually has a decent piece in the NYT about selective enforcement of religious doctrine by the Catholic church.
Also via Atrios, Will Bunch describes "A heartbreaking act of staggering cowardice" - or out and out theft from the public when the state of Pennsylvania strips its teachers of health benefits and allocates nothing for textbooks. Presumably because they needed that money to offer Shell Oil $1.7bn.

Commenter ifthethunderdontgetya points out that it's not just Steve Israel sabotaging the Democrats, but there's a history with Debbie Wasserman Schultz refusing to fight for seats the same way. "Liberal bloggers are irate that Wasserman Schultz, who co-chairs the Democratic Congressional Campaign Committee's Red-to-Blue program, has declined to endorse the Democrats running to unseat Cuban American Reps. Ileana Ros-Lehtinen, Lincoln Diaz-Balart and his brother, Mario Diaz-Balart. Wasserman Schultz says she doesn't want to stab GOP members of her own delegation in the back. But liberal bloggers say she's killing her own while aiding and abetting the enemy." Stab them in the back? What the hell does that mean? She was supposed to be trying to beat them.

Some rich liberal democrats are looking for the non-Hillary choice. Well, it's nice to think they are starting to get a clue, but then last time they went with Obama. I really wish I could get them in a line and slap their faces before they donate again.

Your Taser Outrage of the Day, or How to Get Paid Leave: "Florida officer tases 62-year-old woman in the back just for the hell of it: After police arrived on the scene of her Tallahassee, Florida, neighborhood, 62-year-old Viola Young asked them why they were there. Told to turn around, Young did so and walked away. While walking away, at just about 2:31 in this video shot by a local resident, the officer brutally uses his stun gun to tase Young in the back. Immediately, she falls flat on her face. It's brutal. No charges have been brought and the officer is currently on paid leave."

Scalia wants to know how deep prison inmates' religious beliefs go, among other things. "Justice Antonin Scalia questioned just how deep those beliefs were. Holt is supposed to have a full beard, so why does he compromise? Scalia asked. Laycock said Holt was trying to meet prison officials halfway and shouldn't be penalized for trying to be 'reasonable.' 'Well, religious beliefs aren't reasonable,' Scalia said. 'I mean, religious beliefs are categorical. You know, it's ‘God tells you.' It's not a matter of being reasonable. God be reasonable? He's supposed to have a full beard.'"

In The Raw Story, "David Simon: Corporations ‘the cancer' that are slowly killing American middle-class: The writer's next show, Show Me a Hero, is the true story of a battle over public housing that convulsed New York in the 80s. Here, on location in Manhattan, he talks about how money corrupts US politics, the erosion of the working class, why it's a crime to be poor in America - and why he likes to argue"

"The Wisdom of the Commons [...] One of Menzies' first tasks in her book was to correct an erroneous impression of the commons. Over the course of a century, from about 1750 to 1850, public use of the common lands in Scotland and England were systematically eliminated by the British House of Commons - ironically named after the same democratic and egalitarian commons that they legislated out of existence. Justification was based on the misconception that the competitive character of people would cause the land to be abused and exploited to the point of exhaustion. This fallacy, popularized in an 1832 pamphlet by the Oxford mathematician, William Forster Lloyd, was abetted by the new thinking about the economic merits of private ownership, capital investment, industrial agriculture and market competitiveness that were forming the basis of modern capitalism. In reality, if anyone had bothered to check, they would have found that the commons in Scotland and England were operating sustainably, cooperatively and democratically, just as they had been doing for centuries."

"Simple chart confirms where stock market is heading." (via)

"Has Neoliberalism Turned Us All Into Psychopaths?" - It's a kiss-up/kick-down kinda world.

To Ferguson, in solidarity, from around the world

I remember this photograph, but I didn't know this story.

This sculpture by Issac Cordal in Berlin is called "Politicians discussing global warming".

File 770 says, "Ellison In Hospital Following Stroke: Harlan Ellison suffered a stroke on Thursday, October 9 and is hospitalized. Harlan's right side is paralyzed, his wife Susan told readers of his forum. Mark Evanier adds he has been told Susan says Harlan's mind is sharp and the rest of him seems unaffected."

I've never actually heard anything interesting said before about the movie Six Degrees of Separation, but then, I don't pay attention to that sort of thing much anymore. However, I noticed this link in a thread that started when Robert Whitaker Sirigano said, "Name a book that has heaps of critical praise and positive reviews that you absolutely found impossible to read, finish and/or like." More than one person listed this book that, long ago, my best friend recommended to me and for the life of me I never understood why. So many people rave about that book, and to me it was boring and I could never identify with main character. God knows I was as confused a teenager as anyone else ever was, but the book didn't speak to me at all. Here is Will Smith's monologue in Six Degrees of Separation on The Catcher in the Rye.

Historical note: "Al Gore's support of the Internet," by V.Cerf and B.Kahn, or how Al Gore really did invent the internet, even though he didn't claim credit for doing so.

Footage from the Great Martian War

The Barbie doll I never expected to see

Ruthie Foster, "Woke Up This Morning"