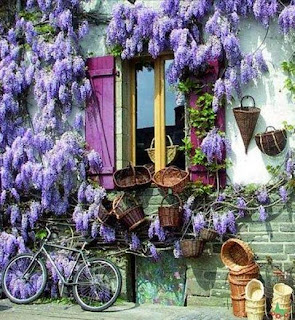 I was just noticing my friend Jack's sig file:

A Mission Statement for America:

Who could have guessed? "CIA misled on interrogation program, Senate report says: A report by the Senate Intelligence Committee concludes that the CIA misled the government and the public about aspects of its brutal interrogation program for years - concealing details about the severity of its methods, overstating the significance of plots and prisoners, and taking credit for critical pieces of intelligence that detainees had in fact surrendered before they were subjected to harsh techniques." (via)
"The CIA and the Moral Sunk Costs of the Torture Program: Once they sold their souls, they had to justify the sale, even if it meant misleading everyone about what torture was achieving."

Stuart and Jay were talking about this the other night,* and now here's Krugman on Growth Versus Distribution: Hunger Games. I guess this means he's getting over the idea that growth is necessarily good. Welcome to our world, Paul.

"Someone Else's Debt Could Ruin Your Credit Rating: Debt collectors are pursuing one in seven Americans - and often screwing up [...] That's not far from the truth. According to statistics from the Federal Reserve, one in seven Americans is being pursued by a debt collector, up from one in 12 just ten years ago. And substantial numbers of these Americans report being hounded for debts they do not owe. A new report from the Consumer Financial Protection Bureau logged tens of thousands of complaints claiming just this - that the debt in question is simply not theirs."

"Wealth Inequality Is Now As Bad As It Was During The 1920s" - complete with hand graphs.

"Interview with Ex-CIA Collaborator: 'The CIA's Plans in Venezuela Are Far Advanced': U.S. intelligence agencies have long been engaged in their own brand of social engineering, conjuring up 'color' revolutions energized by students in targeted countries - with Venezuela currently topping the list. 'If you succeed in getting these youngsters to believe that savage capitalism is the solution to all their problems, then there will be no revolution for Latin America. It's that simple.'"
"Armstrong Williams Wants 'Diversity' Favor from FCC"

I actually think Atrios had the most astute reaction to McCutcheon. Campaign finance reform isn't even meaningful when you have an aristocracy that is so wealthy it already controls who can be nominated and who the media will inform voters about (and how), and rich enough that they can buy government with promises of great rewards to officials after they "retire" (or are retired by the voters)

"'Deeply held principles' - Hobby Lobby does lots of business with China, land of forced abortions, and invests in companies that provide "morning after" pills, but after being solicited by moneyed right-wing interests suddenly decided to bring their "principled" stand against abortion to the Supreme Court.

"Judge: Probation for du Pont heir in daughter rape because 'he would not fare well' in prison: A Superior Court judge who sentenced an heir to the du Pont fortune to probation for raping his 3-year-old daughter wrote in her order that he 'will not fare well' in prison and suggested that he needed treatment instead of time behind bars, according to Delaware Online." Just how well does this judge think anyone else does in prison? Do they "fare well"? Does it improve their lives in any way? Are they completely unaffected? Perhaps we should ask her who she has sent to prison thinking they would "fare well" there.

This experiment reminds me of the Democratic Party, except without the first generation of monkeys that got the cold water.
"How to Get People to Accept Unfairness"
"Republican Monopoly"

Ryan Cooper in The Week: "Hey, liberal hawks: Stop hating the anti-war left" - What really pisses me off about this is that I disliked Putin even way back when it was fashionable to like him, and I don't like being lectured by some crackpot Iraq war-supporting "liberal" about being too in love with Putin. PS. We were not only right about Iraq, we were right about not trusting Bush to run an invasion of Afghanistan. (via)

Confused about economics? Visit BoonyvilleUSA, where it's all explained.

Despite what you may have heard, Cannabis in the Netherlands is doing just fine."
Pot legalization music

Lance Mannion is reading a book and writing about it. "Why I just threw Peter Baker's Days of Fire across the room" - The most important phrase to remember is "uncounted votes".

A little warning about how study results can be misinterpreted.

Political Cartoons from The Week's collection

The Indy's April Fool's round-up
And the Grauniad

I had been entirely unaware of the Alpine spaghetti harvest.

Simels wants you to see this Sandy Denny clip.