No wind, no rain, no winter's cold 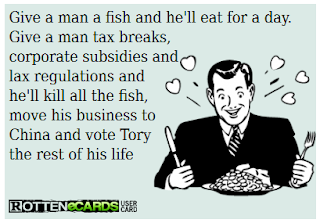 Marcy Wheeler and Stuart Zechman are scheduled panelists for tonight's Virtually Speaking Sundays: "There's a common transparency theme with the NSA and CMS (Centers for Medicare and Medicaid Services). There's the question of what missions are being served--neither seems primarily focused on the general citizenry, and acts in disdain, at best, for democratic processes. Both topics require explanation--most people haven't heard of CMS or know the role it plays in price fixing. Likewise, while we know the NSA has been collecting exploits and back doors rather than publicizing and fixing them, that's something else most people are unaware of. The Centers for Medicare and Medicaid Services. They set Medicare and Medicaid reimbursement rates, which are the basis for most insurance reimbursement rates. " Related article from the NYT, "Sliver of Medicare Doctors Get Big Share of Payouts"
Cliff Schecter and Richard (RJ) Eskow were last week's panelists on Virtually Speaking Sundays.

On The Majority Report:
MR's tenth birthday, with Janeane Garofalo
April Fools: MR Goes Right Wing
Jake Rosenfeld: What Unions No Longer Do; and Josh Orton: The McCutcheon Disaster
Henry Giroux: Zombie Politics: "McMaster University Professor and author of Neoliberalism's War on Higher Education Henry Giroux explains what exactly Neoliberalism is, why civic literacy is a threat to Neoliberalism, the public education crisis, why Neoliberals view the function of government as protecting the 1%, the delusions that drive the school privatization movement, the ideology of civic illiteracy, the distortion of freedom in American politics, why we have lost the ability to understand the broad context of the Neoliberal assault on the public, how the left has failed in understanding the culture war, how power is separated from politics, how we are living in a society of spectacle, why the left needs to have a bigger politics, the role of liberal reform in radical politics and how the young are suffering under austerity and how they could lead a movement for genuine change and are we heading towards another 1960s."
Greg Mitchell: When Hollywood Turned Left
Matt and Michael talked to Seyward Darby about the hidden victims in Rwanda, and to Scott Keyes about "Welcome To Shawnee, Oklahoma: The Worst City In America To Be Homeless."
And Sammy talked to Zoe Carpenter about her article "Will Phony Populists Hijack the Fight Against Inequality?"

Tom O'Donnel in The New Yorker, "L.P.D.: Libertarian Police Department [...] 'Stop right there!' I yelled as I ran. He was faster than me because I always try to avoid stepping on public sidewalks. Our country needs a private-sidewalk voucher system, but, thanks to the incestuous interplay between our corrupt federal government and the public-sidewalk lobby, it will never happen."

Marcy Wheeler, "The Neverending CIA Drone Story Actually about Outsourced Intelligence [...] That is, the NYT is really reporting that, in spite of nominal efforts to change things, we remain captive to those relationships with liaison services, almost 13 years after 9/11. And that happens to also translate into operating drone strikes in such a way that two countries which were implicated in the 9/11 attacks - Pakistan and especially Saudi Arabia - have managed to stay relevant and above criticism by sustaining (perhaps artificially) our dependence on them."

"Angus King Offers To Waterboard Dick Cheney 'Hundreds' Of Times: Dick Cheney has defended torture techniques so many times that a frustrated U.S. senator has finally offered to waterboard the former vice president."

"Nearly Half Of Americans Claim They've Changed Their Behavior Due To NSA: The folks at the NSA and their defenders used to use the argument that we were on the verge of a "cyber pearl harbor" in their constant attempts to change laws to give the NSA and others in law enforcement and intelligence more powers to spy on everyone (the argument being that they would do this in order to "protect" us). But... it's beginning to look like the "cyber pearl harbor" wasn't an attack from foreign hackers... but from the NSA itself. Eric Schmidt recently noted that the NSA's actions were a hostile "attack" and it appears that many Americans agree. A new poll found that nearly half of American adults who responded have changed some form of online behavior because of the NSA stories, and they think a lot more carefully about where they go, what they say and what they do online."

Alex Pareene in Salon, "Want to cut the rich's influence? Take away their money! [...] If the super-rich had less money, they would have less money to spend on campaigns and lobbying. And unlike speech, the government is very clearly allowed to take away people's money. It's in the Constitution and everything. I know it wasn't that long ago that it also seemed obvious that the government could regulate political spending, but in this case the relevant constitutional authority is pretty clear and there is no room for a so-called originalist to justify a politically conservative reading of the text. Congress can tax income any way it pleases. There is one glaring problem with my plan, of course, which is that Congress is already captured by wealthy interests, and is not inclined to tax them. But all I'm saying is that would-be campaign finance reformers ought to give up on their lost cause and shift their energies toward confiscation and redistribution."

"Why Obama's Regulators Let Wall Street Bankers Off Easy: If there's anything more maddening than the sheer scale of the financial fraud that sent America and the rest the planet spiraling into the economic abyss in 2008, it's the fact that no Wall Street bankers have gone to jail for causing the mess. As in zero, zilch, none at all. So at his farewell party last month to celebrate a lengthy career at the Securities and Exchange Commission (SEC) - the US regulatory agency that supposedly keeps Wall Street in check - James Kidney, a trial attorney who had been hamstrung for years by indifferent bosses, broke his silence and went off on an awesome rant about how no one in the financial sector fears the body supposedly policing their behavior. The SEC, in essence, is a joke."

Robert Reich is right, we shouldn't be campaigning to raise the minimum wage to just $10.10 an hour. "Why The Minimum Wage Should Really Be Raised To $15 An Hour"

Lee Camp: "The President of the World Bank said something UNBELIEVABLE the other day. He said that there will be violent protests popping up around the world BECAUSE... smart phones and access to media have made it so everyone knows how everyone else lives. That's right! The problem with the immense inequality around the globe, the issue with having SO MANY destitute people worldwide is that they're now FINDING OUT just how much we're f*cking them! The cat's out of the bag! They saw an Instagram of Kim Kardashian on a jet-ski! GOD DAMN IT! If only they weren't all up on our motherf*cking Facebook wall, everything would be fine!"

Ian Welsh on "The First Real Russian Retaliation for American Sanctions" - Oil deals that don't involve US dollars will make it a whole new ball game.

Heartbleed - No one has figured out exactly how this vulnerability got all over the net, but there's no reason not to suspect the NSA.

I don't know much about oncology, but if it's really true that doctors make money from prescribing chemotherapy as is described in "97 Percent of The Time, Chemotherapy Does Not Work And Continues To Be Used Only For One Reason", that in itself would be a reason to distrust it. Of course, if it's true that these toxic drugs don't work in the treatment of most of the major cancers, that's a pretty big deal. "Dr. Allen Levin stated: 'Most cancer patients in this country die of chemotherapy. Chemotherapy does not eliminate breast, colon, or lung cancers. This fact has been documented for over a decade, yet doctors still use chemotherapy for these tumors.' In his book, The Topic of Cancer: When the Killing Has to Stop, Dick Richards cites a number of autopsy studies which have shown that cancer patients actually died from conventional treatments before the tumor had a chance to kill them."

Ugh, I clicked without thinking and got reminded of just how creepy Bill O'Reilly is. It's brand-new that college students do stuff they've always done, but people shouldn't complain about inequality because the United States set the gold standard on opportunity and, um, it's still the 1960s so nothing has changed since then. Seems Joan Walsh sees fear in O'Reilly's eyes.
Hm, this ad might have been a mistake. Oh, I guess so!

250 Years of Campaigns, Cash and Corruption - a handy timeline.

A bunch of scientists and Kate Mulgrew were conned into being in a geocentrist film.

"British Columbia Enacted the Most Significant Carbon Tax in the Western Hemisphere. What Happened Next Is It Worked." It's funny that people talk so much more about global climate than they do about the immediate environment, because I think people forget that one of the issues here is whether you want you and your children to be able to drink clean water and breathe clean air. You can be as much of a climate denier as you like, but those issues are right inside your house. (via)

"The Town That Turned Poverty Into a Prison Sentence" - Debtor's prison is coming back with a vengeance.

"Psychopaths: how can you spot one?" The interesting thing about this story is who the doctor spotted.

"Dorset Police unveil Tardis-style box." Or, as we think of it, a police box-style police box.

The 2014 Sony World Photography Awards (via)

The taste treat I've been waiting for: deep-fried butter on a stick.
Oh, and these.

Simels has another female vocalist he wants us to listen to.

This is definitely not the bra of the week.

This is the most unusual performance of "Mack the Knife" I've ever heard. Or seen. Strangely, it made me think of Hendrix.

Probably not work-safe performance of the 5th.

This is kinda cool - Doris Troy's original version of her song "Just One Look" with Linda Ronstadt's cover slapped on top of each other. (Would not have worked with the Hollies version.)

Marvin Gaye, "Can I Get A Witness"
Marvin Gaye & Tammi Terrel, "Ain't No Mountain High Enough"