Me and my baby love Saturday nights 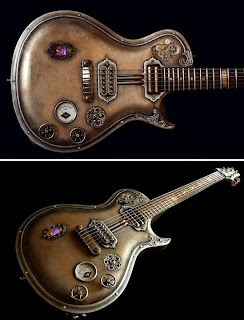 Avedon Carol and Jay Ackroyd are the panelists for the Easter edition of Virtually Speaking Sundays. Listen live or later at the link.
Jon Walker was the guest on Virtually Speaking with Jay Ackroyd, discussing what we want to happen and what is likely to happen once marijuana is legalized. Meanwhile, Lee Camp says, "Police Spend Millions Of Hours Arresting People For This Stupid Reason."

Watch (or listen to, or read) Matt Taibbi on Democracy NOW! talking about his book The Divide: American Injustice in the Age of the Wealth Gap and who goes to jail. You can read an excerpt here.

Vanity Fair interview with Edward Snowden
"What the MSM Did Not Report About Edward Snowden's Testimony Before the Council of Europe"
And when I clicked on this link, I thought I'd accidentally gone to Free Republic. It seemed obvious to me that Snowden had a good reason for this.

I'm not a big fan of Chuck Grassley (R-Iowa), but I certainly respect and applaud his efforts on behalf of whistleblowers (despite the fact that he's still refusing to acknowledge Snowden as one of them). He gave a long speech last week in which he emphasized that it is the right and duty of government employees to expose wrong-doing within the government, and detailed the history of whistleblower legislation and how his own efforts to strengthen whistleblower protections had been stymied by both Reagan and Obama. He also revealed that the FBI had refused to comply with his requests for documents relating to their process regarding whistleblowers, instead saying it could best be answered with a briefing - a briefing the FBI walked out on when they decided they didn't like being asked questions about how they dealt with whistleblowers. Nevertheless, they told Grassley and Leahy's staff enough to damn their process: "However, the head of the Insider Threat Program told the staff that there was no need to worry about whistleblower communications. He said whistleblowers had to register in order to be protected, and the Insider Threat Program would know to just avoid those people. Now I have never heard of whistleblowers being required to 'register' in order to be protected. The idea of such a requirement should be pretty alarming to all Americans. Sometimes confidentiality is the best protection a whistleblower has. Unfortunately, neither my staff nor Chairman Leahy's staff was able to learn more, because only about ten minutes into the briefing, the FBI abruptly walked out. FBI officials simply refused to discuss any whistleblower implications in its Insider Threat Program and left the room. These are clearly not the actions of an agency that is genuinely open to whistleblowers or whistleblower protection."

I wonder why I didn't notice this story before now: "Right wing cyber attacks on Healthcare.gov website confirmed: Yesterday, the House Homeland Security Committee published a video on their Youtube page highlighting a portion of the committee questioning Roberta Stempfley, acting assistant secretary of the Department of Homeland Security's Office of Cyber-security and Communications, who confirmed at least 16 attacks on the Affordable Care Act's portal Healthcare.gov website in 2013."

Unusually, The New York Times hints that it is aware of the unequal recovery, but puts it purely in generational terms. 'Cause we need an age war.

Meanwhile, The Washington Post got a little crazy in its defense of the Comcast merger: "I'm not sure where the Washington Post's editorial board falls in terms of insider/outsider status, but it just issued an editorial supporting the merger. And, oh man, it's just a terrible set of opinions bolstered by some equally terrible assertions. The gist of it is that a massive cable company is no problem because regulators have done such a great job at ensuring a competitive playing field to this point."

SCOTUSblog has been denied press credentials. This doesn't actually seem to be affecting whether they can cover the court, but it's certainly an inconvenience and it's hard to fathom a justification for it.
Elsewhere, a court has declared that blogs are real "media".

Isn't it funny just how like a crazy far-right wingnut your basic "moderate" is?

So, I guess that student loan thing was yet another false promise.

Ian Welsh, "Markets and Competitive Markets: Markets are almost entirely a product of government regulation and enforcement, and cannot be anything but. This is not just about the common observation that government must enforce contracts, but about the how it enforces contracts because contract law changes over time, and is differs from country to country."

It's amazing how different Southern Baptists were within living memory. But then, a lot of things ain't what they used to be.

What's wrong with this story: "Fox's Brit Hume: Obama Uses Race As 'A Sword' To 'Attack Others'."

Tom Lehrer, a voice of "the pre-counterculture left" (Click through; he's stranger than you think.)
How the Yippies levitated the Pentagon

A "stupid chain of unfortunate circumstances" - I wish the story had told us just what that was, because I'm having a little trouble figuring out how this little mistake could have been made.

The Muppets' Jesus Christ Superstar Is A Real Album That Someone Made.

"Steam Powered Giraffe" is a good name for a band.