The here and now 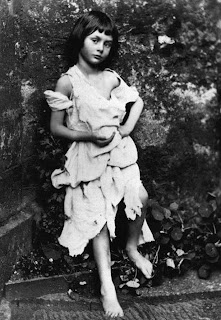 Panelists on this week's Virtually Speaking Sundays are Avedon Carol and David Waldman (KagroX).
Background reading:
Adam Liptak, "Court Rulings Blur the Line Between a Spy and a Leaker," says that until the Ellesberg prosecution, "'The American press was freer before it won its battle with the government,' Alexander Bickel, the Yale law professor who represented The Times in the case, wrote in his classic 1975 book, The Morality of Consent. 'Through the troubles of 1798, through one civil and two world wars and other wars, there had never been an effort by the federal government to censor a newspaper by attempting to impose a prior restraint,' Professor Bickel wrote. 'That spell was broken, and in a sense, freedom was thus diminished.' Worse, from the perspective of the news media, the victory in the Pentagon Papers case was distinctly limited and helped shape the Manning prosecution."
Related: Digby, "Can you see what's wrong with this picture?" and "Orange Alert"

This may win my award for most egregious example of Centrist Bias in Media: "Fed Chairman's Departure Casts a New Light on the Bush Legacy", in which The Voice From Nowhere informs us that an event that hasn't even happened yet forces everyone to look more favorably on the disaster of Bush's (and now Obama's) economic policies, and that we should be glad that the very architects of our economic disaster have been in charge of fixing our economic disaster, which they have fixed (even though they haven't). As a writer of alternative history, trust me, this guy is no Turtledove - more like Mxyzptlk just coming in and magically changing the terrain to something from another dimension. (And that reference to Carter really sticks in my craw - yeah, if the press turns against you, labels the introduction of the most hopeful and forward-looking program in years "the malaise speech", and works very hard to make your demented opponant look like a hero so that you lose the election for your second term, and then spends succeeding decades painting you as a loser, by god you will seem like a loser. But not because of your actual policies.) This ahistorical piece of bad fantasy in The New York Times is labelled: "Political Memo", which in itself makes it a curious addition to the Newspaper of Record. It would take me all day to do a line-by-line dissection of just how many falsehoods and misleading statements John Harwood managed to shoe-horn into this article, but fortunately, Stuart Zechman and Jay Ackroyd sat down and spent about an hour unpacking it in this Virtually Speaking A-Z, which I found a downright gratifying listen. I just wish I knew that Harwood had to listen to it over and over.

Dean Baker: "Larry Summers and Financial Crises: Is He Being Graded on Attendance? [...] In short, if we look at Larry Summers track record in dealing with crises it is pretty abysmal."

Ah, we can dream: "Democrats Introduce Bill that Could Lead to Impeachment for Justices Thomas and Scalia: On Thursday, a group of Democratic lawmakers proposed a law to establish a Code of Conduct for the Supreme Court. It's surely to have Supreme Court Justices Thomas and Scalia quaking in their Tea Party boots because it would mean they would actually have to be independent of political and other influences. They would also have to have the appearance of independence. They would have to stay away from political activity. That part would be really hard. As it stands, this law would help guarantee that Supreme Court Justices are held to the same ethical standards we expect of other judges. Democratic Congresswoman Louise Slaughter, joined by Senators Chris Murphy, Richard Blumenthal and Sheldon Whitehouse, introduced the bill. It would make ethics mandatory, rather than an option left to the discretion of Justices like Thomas and Scalia." Nice idea, but fat chance unless someone comes up with a really clever marketing scheme.

If you ever needed to have the phrase "the personal is political explained to you, try being unemployed during a planned disemployment policy regime.

Bruce Schneier, "NSA secrets kill our trust
James Fallows, Why NSA Surveillance Will Be More Damaging Than You Think

Cenk on Why Bradley Manning Should Go Free (\video)

Notes on living in their world (these are two different stories!):
"Wheelchair-bound passenger forced to crawl off Delta flight as attendants watched."
"Amputee Vet ‘Humiliated' on Delta Flight"

Roy Edroso, in "R.I.P. DOGHOUSE RILEY, gives us a bite of one of his many fine articles: "I know I may have said this before, but Th' fuck makes these guys go on about this shit interminably? And why are they so quick to chalk it up to the thoughtful generosity of 19th century English mill owners? The major improvement in the quality of life since 1810 is public health. Sewage disposal. Safe drinking water. Vaccinations. Food inspection. Y'know the entire litany of stuff the Brookses in this country oppose, obstruct, and applaud Ronald Reagan for gutting before turning the remnants over to industry groups to regulate for themselves. The sort of thing they spend half their allotted annual column inches trying to convince the lower classes to elect Republicans to prevent. The sort of thing they expect will be provided for themselves, gratis and regardless, of course." I never linked to him often enough because I assumed everyone was already reading him, which was probably pretty stupid on my part, but one of those blind spots you develop if you're, well, me. But he was really good, and had great BS detectors for a long time.

Hansen has finally added his photos from the trip to his TAFF Report.

Wolverine: A Film By Woody Allen