Fish are jumpin' and the cotton is high 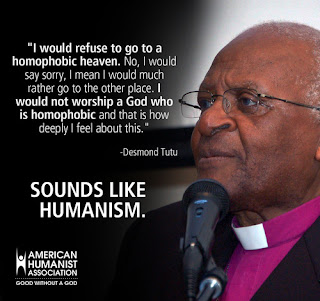 Greg Basta, Deputy Director of New York Communities for Change, talked with Jay about the low-wage workers' movement to fight for a better work-life, and why we need a minimum wage of $21 dollars an hour (and laws that prevent fake "part-time" jobs that aren't part-time), on Thursday's Virtually Speaking with Jay Ackroyd.

This week's panelists on Virtually Speaking Sundays were Dave Johnson of Seeing the Forest and Gaius Publius of Americablog, who talked about the latest NSA revelations (and some useful background on what the Clipper Chip was really about and why we needed it), Egypt and US ties to the Egyptian military, "The state of The State and who runs it," "Lessons from Snowden and whistleblowing as wave of the future," and the following story:
Glenn Greenwald's partner "detained" at Heathrow under terrorism law: "At 6:30 am this morning my time - 5:30 am on the East Coast of the US - I received a telephone call from someone who identified himself as a 'security official at Heathrow airport.' He told me that my partner, David Miranda, had been "detained" at the London airport "under Schedule 7 of the Terrorism Act of 2000."" The official would not give his name and would provide only his alleged ID number when Glenn tried to determine his identity. David was held for nine hours, the maximum allowed time without making an arrest, while he was attempting to change for a plane back home, and all of his tech, including his phone, was taken and had not been returned as of the latest news stories I could find. Lawyers from the Guardian, and Brazilian officials, attempted to find out what was going on and made outraged noises, for hours, without any light being shed. Glenn writes:

According to a document published by the UK government about Schedule 7 of the Terrorism Act, "fewer than 3 people in every 10,000 are examined as they pass through UK borders" (David was not entering the UK but only transiting through to Rio). Moreover, "most examinations, over 97%, last under an hour." An appendix to that document states that only .06% of all people detained are kept for more than 6 hours.

The stated purpose of this law, as the name suggests, is to question people about terrorism. The detention power, claims the UK government, is used "to determine whether that person is or has been involved in the commission, preparation or instigation of acts of terrorism."

But they obviously had zero suspicion that David was associated with a terrorist organization or involved in any terrorist plot. Instead, they spent their time interrogating him about the NSA reporting which Laura Poitras, the Guardian and I are doing, as well the content of the electronic products he was carrying. They completely abused their own terrorism law for reasons having nothing whatsoever to do with terrorism: a potent reminder of how often governments lie when they claim that they need powers to stop "the terrorists", and how dangerous it is to vest unchecked power with political officials in its name.

This morning's Guardian reports that the Shadow Home Secretary "has called for an urgent investigation into the use of anti-terror powers to detain David Miranda, the partner of a Guardian journalist who interviewed US National Security Agency whistleblower Edward Snowden. Yvette Cooper, the shadow home secretary, said ministers must find out whether anti-terror laws had been 'misused', after Miranda was held for nine hours by authorities at Heathrow airport under the Terrorism Act." (Am I the only one who gets queasy when officials call for "investigation" when the facts are already on the table? Of course the law was "misused" - the question is about who made it happen, and why.)
* * * * *

OK, I took this trip to Edinburgh (and I hadn't been to King's Cross in quite a while and was shocked by how it's turned into a big modern shopping mall that's even harder to navigate than it used to be), saw some lovely countryside, ate some great food, had a nice time hanging out with some lovely people, and suffered from what I hope was just a stomach virus, with the result that I didn't get a lot of blogging done. What's below is the stuff I should have posted Wednesday but didn't get around to:

"Among the 254 counties where food stamp recipients doubled between 2007 and 2011, Republican Mitt Romney won 213 of them in last year's presidential election, according to U.S. Department of Agriculture data compiled by Bloomberg. Kentucky's Owsley County, which backed Romney with 81 percent of its vote, has the largest proportion of food stamp recipients among those that he carried."

Jennifer Hoelzer, Former Wyden Aide, Unleashes On Obama Administration Secrecy [...] Hoelzer then goes on to list example after example of efforts the administration made to make sure that there was never the kind of debate the president now says he welcomes." (via)

Atrios declared Michael Grunwald.The Worst Person In The World after @MikeGrunwald tweeted: "I can't wait to write a defense of the drone strike that takes out Julian Assange." Atrios noted the "objectivity" of the "objective" Time journalist's call for assassination and linked to the HuffPo story on the reaction Grunwald's post generated - and it wasn't just Glenn Greenwald who was appalled, of course. Eventually, that reaction seems to have convinced Grunwald to delete the post and ultimately declare it "dumb", but you have to wonder what sort of company he keeps that he thought anything like that would be acceptable. You shouldn't have to get smacked by Matt Yglesias to get what's wrong with crap like that. (But someone in the ensuing comment thread at HuffPo felt there should be an app for that.)

Bruce Schneier, "The NSA Is Commandeering the Internet: It turns out that the NSA's domestic and world-wide surveillance apparatus is even more extensive than we thought. Bluntly: The government has commandeered the Internet. Most of the largest Internet companies provide information to the NSA, betraying their users. Some, as we've learned, fight and lose. Others cooperate, either out of patriotism or because they believe it's easier that way. I have one message to the executives of those companies: fight."

Adam Curtis, "Bugger: Maybe the real state secret is that spies aren't very good at their jobs and don't know very much about the world." And that title actually appears on the BBC site. Goodness, Auntie!

Sam Seder did a good interview with Radley Balko about the militarization of the police on The Majority Report.

I wish I could believe that Eric Holder is really going to start taking a different tack on drug sentencing, but this is, after all, Eric Holder, and I don't believe anything this administration says when it claims it's going to do something good.

The court has recognized the Obvious Unconstitutionality of Bloomberg's Stop-And-Frisk Program, and Scott Lemieux has highlighted the absolute paucity of a defense that the state was able to provide for doing it, but I was struck by a comment in the ensuing thread that started like this: "Bloomberg has really shocked me recently. I mean, I don't have much love for the guy, but it's always surprising I guess to have someone say that kind of stuff openly. I mean, what is it, 1983?" I actually can't imagine New York taking the official position in 1983 - so publicly and blatantly - that it's okay to violate the rights of law-abiding black citizens going about their ordinary business because blacks commit more crimes. I know a lot of people imagine that the election of Barack Obama has proven something about the decline of racism in America, but few people seem to remember that the mainstream discourse on race has in many respects become considerably worse, not better, than it was even as far back as the 1960s - and even then, you didn't see that kind of position made officially in New York..

Bill de Blasio might just be New York's mayor. Because he's sounding like a real liberal who thinks all New Yorkers should share in the city's prosperity.

For a good time, go back to the previous post, where there's good discussion of the "sexualization" of Betty Boop, not to mention how stupid it is for liberals to assume they're smarter and that everything will get better when that stupid older generation dies off.

This is a very nice live version of Janis doing "Summertime".