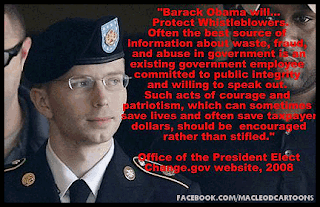 Tonight's guest on Virtually Speaking with Jay Ackroyd is Kevin Murphy, speechwriter, ghostwriter, researcher, editor, and advisor to progressive campaigns and political organizations, who will talk about 1920s progressive context, thought and action and how progressives became liberals. Check out Kevin's report, Uphill All the Way: The Fortunes of Progressivism, 1919-1929.

Well, the headline news is from the UK, where the security services made all sorts of threats and oversaw the destruction of the Guardian's hard drives containing leaked material from Snowden. Of course, this was more symbolic - of life in a police state - than any actual impediment to the continuing coverage of the Snowden leaks by the paper, since, what with the interwebs and all, there are copies elsewhere, but gosh, they're not even trying to hide it anymore, are they?

Meanwhile, The Washington Post says, "U.S. had advance notice of Britain's plan to detain reporter Glenn Greenwald's partner" - but they deny orchestrating it. Not that I believe anything that comes out of the White House, of course. Glenn and David appeared on Anderson Cooper's show to respond. And Jeffrey Toobin made an ass of himself in reaction.

There is some interesting and credible speculation that all of this is a prelude to an attempt to indict Glenn Greenwald.

"'They'll Be Laughing in Moscow and Beijing.' A Former British Defence Minister Writes... [...] And what was the response of the UK to the revelation that GCHQ are hoovering up our emails and Skype calls? We arrested Greenwald's boyfriend. Are you serious?"

Well, at least it's all generated some comic relief at the Daily Mash: "Guardian ordered to destroy bourgeois lifestyle articles"

"Bradley Manning Sentenced to 35 Years After Obama's Broken Promise to Whistleblowers" - Just another example of how much Obama's word to you is worth.
"'The force of days': Manning's 35 very long years [...] 'Every hour, every minute, every second when you're first isolated, you can't see the light at the end of the tunnel,' Stepanian said, stressing that every inmate responds differently to life in a cell. 'It's only when you get out that you can even quantify your time in there,' he told me, audibly shaken by Manning's sentencing. ('When I heard 35 years, I cried,' the former federal inmate and current social justice advocate said, noting Manning's diminutive frame. 'He looked like a 14-year-old.')"
Greg Mitchell reminds us of "What Manning Revealed".

What are SWAT teams good for? Why, to protect us from okra, of course.

"Why the White House is uneasy with picking Janet Yellen as Fed chair" - Atrios called this.

Via Suburban Guerilla, Jim Hightower explains, "The Trans-Pacific Partnership is not a trade agreement, it's corporate coup d'etat - against us!"

If you thought Radley Balko was being alarmist about the militarized mentality of the cops, here's a cop who actually thinks that mentality is the right one - and he trains other cops: "We trainers have spent the past decade trying to ingrain in our students the concept that the American police officer works a battlefield every day he patrols his sector." Not his "neighborhood"; his "sector". And he's just one of many who feel the same way. They don't think they're in American neighborhoods, they think they're in Afghanistan.

Obama the bunny-killer: "The Latest Victim of Sequestration: Bunnies?"
"An America of the puppy, by the puppy and for the puppy" - that about sums it up.

What The Hell Is This Horned Sea Monster That Washed Ashore in Spain?

Benny Goodman, "If I Had You"