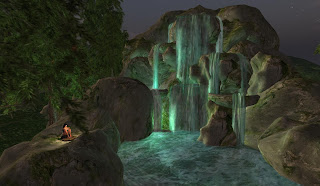 Highly recommended Virtually Speaking Sundays with David Dayen (dday) and Stuart Zechman talking about "banksters regulators and homeowners; surveillance and 'security'" - and, most explicitly, the incredibly radical program our leaders are foisting on us - and the amazing bipartisanship of the two parties on implementing these disasters.
Background reading:
20 questions
2008, ABC News, "Exclusive: Inside Account of U.S. Eavesdropping on Americans [..] US Soldier's 'Phone Sex' Intercepted, Shared: Faulk says he and others in his section of the NSA facility at Fort Gordon routinely shared salacious or tantalizing phone calls that had been intercepted, alerting office mates to certain time codes of "cuts" that were available on each operator's computer."

"Does President Barack Obama think we're stupid?" - That's not the title of this piece that says Snowden is a hero, but it's the first sentence and it speaks pretty well to the senselessness of the line of crap Obama wants us to swallow. Even though it's in Politico.

Digby neatly unpacks Obama's dissembling on Snowden and the NSA scandal. There are a lot of interesting citations and quotations, but my favorite is from NYT economics reporter Binyamin Appelbaum, who tweeted: "Obama is really mad at Edward Snowden for forcing us patriots to have this critically important conversation." Via Atrios, who has again been moved to use more than one sentence.

A question from Yves Smith: "So Why is the Administration Trying to Look a Smidge More Aggressive About Going After Banks?" Well, they've always done their best to try to look good without actually doing good, and I don't figure this is going to be an exception. Whenever you try to point out to Obots that the administration is doing terrible things, they point to things that, on the surface, look like they are supposed to do good. Thing is, those things never turn out to go anywhere good. Donna Edwards can tell you about Cramdown and TARP. Then we had the "jobs bill" that was actually going to do more to decrease American jobs than build them. It's like that.
"Wolf Richter: NSA Pricked The 'Cloud' Bubble For US Tech Companies" - 'cause it's sure not a safe place to secure your data.

"Details of a U.S. Drug Enforcement Administration program that feeds tips to federal agents and then instructs them to alter the investigative trail were published in a manual used by agents of the Internal Revenue Service for two years."

Why Charles Pierce Wouldn't Vote For Cory Booker - because, among his many other sins, he's tried to defend Malefactors of Great Wealth by comparing criticisms of them with the odious, racist attacks on Jeremiah Wright that even Mr. Obama himself seemed willing to join in with: "I've forgotten, how many houses did Jeremiah Wright steal out from under their owners? How many toxic mortgages did he foist off on unsuspecting customers while getting rich betting against the same investments? How many pensions did he loot? How close did Jeremiah Wright come to wrecking the entire world economy?" Imagine what it takes to be unwilling to see that one of these things is so, so manifestly not like the other.

David Cay Johnston's ruminations on the sale of The Washington Post to Jeff Bezos are certainly worth reading, and not untrue, except that, like almost everyone, he makes the mistake of weighting the paper's declining profits too heavily to the internet and not heavily enough on the Graham's unsound stewardship. People forget that, like The New York Times, the paper started losing money before there was an internet. And that's because the papers lost any interest in who their readers were.

"Wendy Davis's Catch-22" - We need good people to run for these offices rather than just letting the idiots have them.

Americans all over are better than you think: "A Hidden Camera Show Goes To Texas. It Did Not Expect To Find This."

Hilariously, an anonymous nitwit (probably Mathilda) left this comment to the previous post: "Goodbye. This sexualized Betty Boop is just the last straw. While your politics may be liberal I'm done with your attitude towards women and the excuses used to justify it." Just leaving aside that (1) I've been periodically posting Boops all along and (2) Betty Boop has always been "sexualized", I just hope this means I can say good riddance to someone who has spent years in my comments trying to bully me into representing a sexuality I do not have in the name of an imaginary "ideal" of female sexuality that is apparently more important to her than the corporatist economic polices that are having a devastating impact on the lives of women and minorities, not to mention everyone else. Oh, and also: Betty Boops is a cartoon; the people whose lives are being destroyed by these policies are actual real flesh-and-blood humans.