When are you coming back? 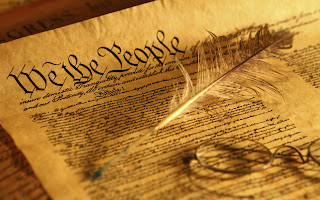 We love democracy so much that we're supposed to cheer on a military coup. OK. Kinda makes you wish everyone would just shut up, doesn't it? The days are gone when I found Obama's Mr. Smoothie routine any less ominous than Bush's bluster. On the other hand, Athenae certainly has a way with words, doesn't she?

Monsanto buys world's largest mercenary army - the one formerly known as Blackwater: "A report by Jeremy Scahill in The Nation revealed that the largest mercenary army in the world, Blackwater (later called Xe Services and more recently 'Academi') clandestine intelligence services was sold to the multinational Monsanto. Blackwater was renamed in 2009 after becoming famous in the world with numerous reports of abuses in Iraq, including massacres of civilians. It remains the largest private contractor of the U.S. Department of State 'security services,' that practices state terrorism by giving the government the opportunity to deny it." [Update: Check comments below for clarification on this.]

"Making $7.75 an Hour, and Figuring There's Little to Lose by Speaking Out [...] Mention long odds to these workers and they lead you back to the mathematics. They bob along the poverty line in an impossibly expensive city. What's to lose? Ms. Simon, still dressed in the black KFC shirt with 'The Original Original' logo, shakes her head when asked if she's worried about annoying her employer. 'I have no lies to tell,' she says. 'This is just my life.'"

Digby asks, "What if the people running our secret programs are idiots? [...] "I have wondered since this whole thing began why nobody in the agency has lost his job or why Booz Allen has not been stripped of its agency contracts. Did nobody think that hiring hackers to hack might result in being hacked themselves? Is it even possible to truly guard against this? The article implies that they were shocked to find out that these highly skilled computer nerds might be smart enough to skirt whatever security they had in place. Which means these agencies and companies are being led by morons."

At Naked Capitalism:
Why Have Student Loans At All? Let's Get the Burdens of Debt off College Students' Backs - And Make Wall St. Pick Up the Tab
"Summer Rerun: Why Don't Americans Take More Vacations? Blame It on Independence Day" - I actually disagree with the conclusions of this piece. I think it's that our oligarchy has just slipped into power more cleverly, and anyway, most other countries are small enough that their leaders would have a lot more trouble staying away from the mobs with the pitchforks and torches. The fact that politicians and their scribes say Americans don't want good working conditions does not mean the American people don't want it. A majority even supports unions (and wants to be in one).

From the Democracy NOW! headlines: Pentagon Blocks Access to Guardian Website Articles on NSA
Edward Snowden's surveillance leaks were first published by The Guardian. The Pentagon has now confirmed it's blocking access to the Guardian website at U.S. military facilities around the world. The ban apparently covers Guardian articles related to NSA surveillance, not the entire website as a whole. It also extends to other news websites that report The Guardian's revelations." I guess this means the US military is now officially "the enemy" who must be blocked from getting this information.

I liked the blurb for Radley Balko's book, Rise of the Warrior Cop: The Militarization of America's Police Forces. It would actually make a more honest and informative blogpost on the subject than anything you will read in The New York Times.

Not sure about these other definitions, but Tom Englehardt is right that it's really a Global War on You (GWOY).

Apparently, the story "Key US-EU trade pact under threat after more NSA spying allegations" was not received with pleasure by the US government.

Have some banned book news and views.

Thomas Jefferson on religion ("As you say of yourself, I too am an Epicurian.")

Little Girls Engineer Their Own Toys to Take Over the Pink Aisle In This Goldie Blox Ad.

Dave Langford reports: "The tiny publishing house Ansible Editions has assembled all the late Algis Budrys's more than 150 Magazine of Fantasy and Science Fiction 'Books' columns in three volumes. He'd wanted this work to appear under a title that was some variation of Benchmarks, his award-winning 1985 collection of criticism from Galaxy. Thus AE began with Benchmarks Continued in late 2012, and finished the job with the simultaneous publication on 1 July 2013 of Benchmarks Revisited and Benchmarks Concluded. Buy now! Act without thinking! Or if you must think, see descriptions and preview links at http://ae.ansible.co.uk/."

The original photograph for this photoshop competition is rather wonderful all by itself.

At the bottom of this post full of entertaining links is the fan-made fake 50th anniversary special Doctor Who trailer - in 3D. Nicely done, go find your funny specs.

Spoilers for Game of Thrones. Or not.

Suddenly I had this urge to listen to Bloomfield play, and of course, that meant Super Session.

Martha and the Vandellas