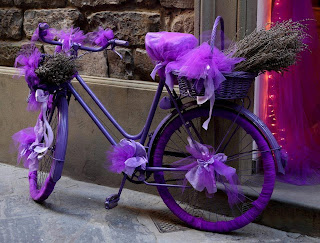 The Amash-Conyers amendment would have been a blow to the NSA's spy-on-everyone schemes, and it got 94 votes from Republicans. But "the Democrats didn't come through - and by a 217-205 margin, the House killed his amendment." Nevertheless, losing by only 12 votes is a win - it shows the consensus on leaving this program in place is nowhere near solid enough to keep it safe. And maybe if Congress members start getting calls from constituents about why they should all have supported it, those 12 votes can be found next time around. And make no mistake, it's going to be easier to get Republicans to vote against a program that is associated with Obama (while he is still in office) than it will at any other time, but that's just what makes it hard to get enough Democrats to do the right thing.

A bare majority of the House killed the amendment. But it did so in a way that bucked up the NSA's critics, convincing them that they could win. "The side of transparency and openness is starting to put some points on the board," declared Sen. Wyden in a speech this week. The Foreign Intelligence Surveillance Court was something "virtually no one had heard of two months ago and now the public asks me about it at the barber."

Wyden's little joke was loaded. After next week, members will spend a month in their districts. The NSA's critics expect the issues they work on to smolder through August, right in time for a "second wave" of bills. California Rep. Adam Schiff, a Democrat, is ready with a bill that would create a "public advocate" for the FISA court, someone who'd argue for the public when the court was asked for a warrant. Vermont Sen. Pat Leahy, chairman of the Judiciary Committee, has readied a bill to move up the "sunset" of FISA reauthorization from December 2017 to June 2015. There's no grand strategy for passing these bills. But there's no grand strategy for stopping them. There's something quite panicky and ad hoc, something that Amash, Wyden, and 200 other odd members of Congress are no longer moved by.

Sam Seder and Cliff Schechter talked about how Nancy Pelosi pushed hard against this amendment on The Majority Report.
* * * * *

Atrios on Thieves: "Pretty sure that if I break into your house , steal all of your stuff, and then sell it then I'm going to go jail. But I'm not a bank, so laws actually apply to me."
"Ohio Woman Wants Her Stuff Back After Bank Steals From Wrong House." (The trouble with the television story is that it ends with the quote from an unnamed bank vice president claiming "the bank is trying to come to terms with Katie, and they hope to have things resolved very soon." Obviously, if this were the case, there would have been no story. They broke into her house and stole her stuff and act like she's got a lot of nerve expecting them to make it up. The indifference of the police is a story in itself, too - oh, it's not a problem if a bank sends someone who can't figure out how to use his GPS to just randomly break into houses, steal the contents, and change the locks.)

"Under a cost-saving plan by the U.S. Postal Service, Americans moving into newly built homes will not have mail delivered to their doors and will instead have to trek to the curb or neighborhood cluster boxes."

Ezra Klein acknowledges that "There's no such thing as 'the center'" - that is, as the term is used, to imply something middle-ground in the American polity that is represented in Congress by "moderate" thinkers. But's not middle-ground at all, it's stuff that most people hate. He doesn't quite put it that way, but: "What unites the policies Martin names [as away from the center] is that they're really, really popular." But of course, that's not the center they mean - they mean the Centers of Power. And those people are winning, as usual.

"U.S. Asks Court to Limit Texas on Ballot Rules" - A section of the Voting Rights Act that wasn't struck down by the Supremes allows the DOJ to step in whenever any jurisdiction appears to be suppressing voter participation. They should do this a lot.
Ari Berman, "North Carolina Passes Country's Worst Voter Suppression Law."

"NSA Says It Can't Search Its Own Emails: [...] But ask the NSA, as part of a freedom of information request, to do a seemingly simple search of its own employees' email? The agency says it doesn't have the technology." Yeah, right.

"Lasting Damage: A Rogue Prosecutor's Final Case [...] It's worth it, then, to appreciate the impact of Stuart's career in greater detail, how the misconduct took place, how it has complicated the continuing pursuit of justice, and how the consequences of Stuart's misconduct still linger, years after the man himself was exposed and disgraced."

Senators want a Cone of Silence on their stupid tax ideas: "Is this what it's come to in the Congress? Senate Finance Committee Chair Max Baucus (D-Mont) and his Republican counterpart, Sen. Orrin Hatch (R-Utah) have promised their committee colleagues that their tax code suggestions will be kept under lock and key for the next fifty years, allowing them to offer policy without being under the watchful eyes of the voting public. They're hoping to get more input from the rest of the boys club if they promise to hide the identities of those making the policy suggestions."

"Judge Orders Police To Return $1 Million Seized Based On Drug Dog Sniff" - Sniffer dogs have a remarkable record of being able to sniff out your money, and then the cops just take it away from you.

"Halliburton Agrees To Plead Guilty To Destruction Of Evidence In 2010 BP Spill, Pay Maximum Fine: On Thursday, the Department of Justice announced that Halliburton had agreed to plead guilty to criminally destroying evidence in the investigation of the BP Gulf oil spill in 2010. The company 'signed a cooperation and guilty plea agreement,' will pay the maximum fine of $200,000, and undergo three years of probation."

Why Nate Silver was fired from The New York Times - because he was objective rather than "objective".

"Study: KXL Pipeline Would Raise U.S. Gas Prices: Consumer Watchdog, a nationally recognized nonprofit consumer group, has reviewed corporate, industry and government data and found that pipeline developers and the Canadian government intend to use the controversial Keystone XL pipeline to raise the price of Canadian tar sands oil on the global market by shipping oil directly to the Gulf. This would raise U.S. gas prices in the Midwest by up to 40 cents a gallon."

"An elite hacker who was due to demonstrate how heart implants could be hacked has died unexpectedly in San Francisco."

"John Lewis Receives a Hero's Welcome at Comic-Con" - With the publication of a comic about the civil rights activist, the man who is now a member of the House of Representatives has become a superstar among many comics fans.

Jane Austen on the money - specifically, the back of the new ten pound notes.

A 'Wooden' Version of Beethoven's Ninth: "As we explore in our Journeys with Beethoven book, the Japanese are uniquely obsessed with his 9th symphony and every December thousands gather to play and sing the "Ode to Joy" all over the country. But here's something unique: making 167 theramins inside those Russian wooden dolls "sing" it."

Joss Whedon said a lot of interesting things in his Q&A at ComicCon, with good news for fans of his work and some interesting insights scattered along the way, but around the 54-minute mark he answers a question about his economic philosophy: "... And, you know, we're watching capitalism destroy itself right now, and ultimately, all these systems don't work. I tend to, you know, want to champion the working class because they ARE getting destroyed. I write about helplessness. Helplessness in the face of the giant corporations and the enormously rich people who are very often in power giving those people more power to get even more power. We are turning into tsarist Russia, okay; we are creating a nation of serfs. ..."