Doesn't seem to be a shadow in the city 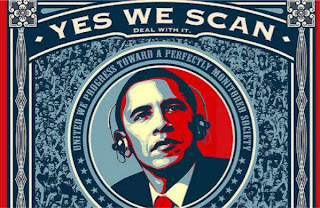 This week's guests on Virtually Speaking Sundays are Marcy Wheeler and Cliff Schecter.

I'm thinking people who serve in elective office should have a ceiling on their income - in office and thereafter - that reflects the median income of ordinary Americans. Maybe then they'd pass legislation that made life nicer for ordinary Americans. Alas, they're the ones who'd have to pass that legislation. (Here's PolitiFact debunking false claims about Congressional pensions and, on the way, telling you how they currently work.)

This comment by JaaaaayCeeeee on one of Krugman's blog posts charmed me with it's turns of phrase, such as "weapons of mass financial destruction". It also linked to a Brad DeLong post introducing Krugman's with, "Why I have shifted to thinking that in the long run the current downturn will turn out to have been a bigger deal than the Great Depression." Maybe because Krugman says: "So how does this end? Here's a depressing thought: maybe it doesn't." Maybe both of these guys are starting to tumble that no one at the top is trying to avoid hitting the wall of the Iron Law, a direct result of failing to regulate for a better outcome..

It looks like Snowden is getting invites from Venezuela and Nicaragua, and there will likely be more - if he can get there.

"NSA recruitment drive goes horribly wrong [...] Attending the session was Madiha R Tahir, a journalist studying a language course at the university. She asked the squirming recruiters a few uncomfortable questions about the activities of NSA: which countries the agency considers to be "adversaries", and if being a good liar is a qualification for getting a job at the NSA." And not just her.

"Warren Mosler, a Deficit Lover With a Following" - I'm almost as startled to see an article introducing Modern Monetary Theory (MMT) to readers of the NYT's Business section as I am by the fact that I found it in a tweet from Ezra Klein saying "The world would be a better place if the Modern Monetary Theorists had the influence of the hard money cranks." Not that the NYT didn't try to make him seem a bit kooky, or anything....

David Dayen experienced A Revealing Episode in DC Groupthink when he was asked to write an article, wrote pretty much what you'd expect him to, and had it rejected for failing to fall in line with the conventional "wisdom" of the Very Serious People. Alas, he doesn't tell us who thought they could hire dday and get Thomas Friedman.

Atrios raises the subject of a guaranteed minimum income. I've always been for it. Watching for that article in USA Today. (Once, this idea was not as far-out as you might think.)

This is Alan Grayson's 4th of July Message To Blue America, but what I liked was the quote in the graphic: "This is not North Korea. This is not Maoist China. This is not East Germany. This is the United States. If we put the word 'Freedom' on our stamps, then we should put it in our lives, too."

"Frederick Douglass Was Asked To Speak At A July 4 Celebration. It Didn't Go So Well..." Watch Danny Glover's reading.

Gil Scott-Heron Explains 'The Revolution will not be Televised'.

This is a rather touching and wonderful clip of Dustin Hoffman on the epiphany he had over Tootsie. (Tootsie trailer.) (Tootsie's revealing speech.)

Iain Banks gets his own asteroid (H/T Jim Palmer.)

RIP: Thomas M. Disch, 1940-2008. I had dinner with him once, but I can't honestly say I knew him well enough to talk about him as an individual. It's an outrage that caring for his partner took everything they had and made survival seem impossible. Anger at the meanness of American health policy applies, of course.