God only knows it's not what we would choose to do 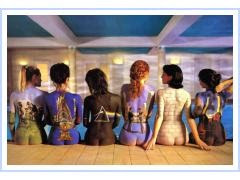 Jay Ackroyd provides a little background for this week's (heartily recommended!) Virtually Speaking with Jay Ackroyd, where he, Stuart Zechman, and Joan McCarter discussed the aristocracy and the filibuster. Over at Eschaton, he provides links underscoring Stuart's (frequent) point that the people who secretly decide your medical bills should be higher than you can afford are the Providers:

A recurrent question is why US health care prices are so much higher (pdf) than the rest of the OECD, even though the US system ranks in the bottom third of most measurements of effectiveness. Part of the answer is the skimmers, the third party gatekeepers who take money out, but don't put health care services in. Another part of the answer is that Medicare prices are set by a committee of providers, in secret triannual meetings which are used to set provider reimbursement rates for the industry as a whole:

On the last week of April earlier this year, a small committee of doctors met quietly in a midsized ballroom at the Renaissance Hotel in Chicago. There was an anesthesiologist, an ophthalmologist, a radiologist, and so on - thirty-one in all, each representing their own medical specialty society, each a heavy hitter in his or her own field. The meeting was convened, as always, by the American Medical Association. Since 1992, the AMA has summoned this same committee three times a year. It's called the Specialty Society Relative Value Scale Update Committee (or RUC, pronounced 'ruck'), and it's probably one of the most powerful committees in America that you've never heard of.

The purpose of each of these triannual RUC meetings is always the same: it's the committee members' job to decide what Medicare should pay them and their colleagues for the medical procedures they perform.

And then the government accepts this official price-fixing and passes the costs on to you - two or three times.
* * * * *

One nomination of significance that the GOP were blocking, and have now finally stopped blocking, was for Richard Cordray as director of the Bureau of Consumer Financial Protection. That could be pretty important. It's interesting that Lindsay Graham suddenly decided they were wrong to block him.

Dean Baker explains to Wonkblog after their misleading piece on Obama's crummy trade deals that, "The Trade Deals Are Complicated Because They Are Designed to Serve Special Interests [...] The reason there are a zillion moving parts is because the Obama administration went to the oil and gas industries to ask how they can use the trade agreement to get around environmental restrictions on drilling. It went to the food and agricultural industries to ask how they could get around food safety rules. It went to the pharmaceutical industry to ask it how it can use these deals to increase patent protections and jack up drug prices. It went to the entertainment industry and asked how it can use these deals to strengthen copyright enforcement and require Internet intermediaries to take responsibility (and incur expenses) to help enforce copyrights." That and the fact that the deals are being conducted in secret because they are monstrously anti-democratic and will make life in America even more horrible.

Bruce Schneier in The Atlantic on Mission Creep: When Everything Is Terrorism: "NSA apologists say spying is only used for menaces like 'weapons of mass destruction' and 'terror.' But those terms have been radically redefined."

"The Drone That Killed My Grandson" killed a 16-year-old American citizen while he, his cousin, and a few other people were eating dinner at an open-air restaurant. His grandfather still wants to know why.

David Dayen, "Elizabeth Warren's new fight: Why even the Tea Party backs it! [...] Again, members of both parties actually agree on this point. Brown and Vitter have teamed on capital regulation, while Warren has John McCain, who offered his own Glass-Steagall restoration during the Dodd-Frank debate in 2010, as a co-sponsor. Key regulators who pushed through the increased leverage ratio, amid much big-bank resistance, include Federal Reserve governor Daniel Tarullo, appointed by a Democrat, and FDIC vice-chairs Jeremiah Norton and Thomas Hoenig, appointed by Republicans. Across the ideological spectrum, from the Tea Party to MoveOn, Americans want to stop forever the perverse situation where banks can rack up private profits but put losses on the taxpayer. If rallying around Glass-Steagall restoration helps move more people to act, that's a choice worth making.

Dave Johnson says "Conservative Is Not An Ideology - It Is Corruption."

RJ Eskow says, "McDonald's Accidentally Served Up a Minimum Wage 'McManifesto' [...] Get this: The new employee website, co-created with Visa, helpfully suggests that people who work for this Fortune 500 corporation begin the financial planning process by taking a second job."

"A Spoiled KBR Demands More and More From the Army [..] Jim McElhatton, in an excellent article in the May 5 Federal Times, highlights the classic case of this phenomenon: the Army's treatment of KBR on the LOGCAP III contract. This contract, which provided services for troops in Iraq, Afghanistan and other locations from 2001 to 2011, is the Army's largest service contract ever. KBR was paid over $38 billion for providing this support. Now that the contract is over, KBR is claiming it will cost at least $500 million to perform "close-out" activities under the contract. Knowing KBR's proclivity to throwing political and legal tantrums for years, the Army has asked KBR for a fixed price to perform these actions. KBR refuses to work under this contract that can control costs and instead, wants an open-ended contract which will cover all of their costs plus a profit. KBR, as described in the Federal Times article, has filed suit in the Federal Court of Claims on this issue." I love that they're saying they need 15 years for close-out on a ten year contract, and they won't be nailed down on how much it will really cost.

I was going to ignore the whole issue of Richard Cohen's latest foray into demonstrating his racist credentials, but Ta-Nehisi Coates has a good piece on "The Banality of Richard Cohen and Racist Profiling," and a guest op-ed in the NYT on Obama's going out of his way to associate himself with a rabid racial profiler, in "Raising the Wrong Profile."

Did squeamishness about this picture cover up the truth about Trayvon Martin's death?

Have I mentioned election fraudster Hans von Spakovsky lately? Jane Mayer did a nice little profile of him in The New Yorker last year, if it helps refresh your memory.

Remembering Phil Ochs with Amy Goodman (and part 2) on the film, and interviewed on KQED in 1966.