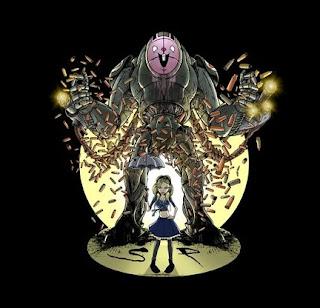 I was listening to Digby and Dave Waldman (KagroX on Virtually Speaking Sundays, talking about the filibuster "showdown", and I was thinking about how much harder it would be for them to pull this stuff off if the ceiling on number of constituents per House representative was 30,000 or less the way it was supposed to be. And then I was thinking about how much easier it would be for a candidate to actually personally attend block parties in every neighborhood in the constituency (and even doorstep a significant number of people) to make their case to voters and answer questions. And then I thought about what sort of questions people might want to ask about our current situation, and then I tried to imagine how a candidate who was trying to be honest might explain how fake the whole "filibuster" issue has been.

As both Jay and I will take every opportunity to mention, the filibuster is being used to cover up the fact that neither party wants to pass good legislation and both parties want to pass bad legislation. And since the Democrats currently control the Senate, they really need the filibuster as an excuse for why they have to allow one poison pill after another into legislation that might otherwise have been, well, at least better, if not completely different good legislation.

Of course, we'll be told that good legislation will "never happen", that it's not politically feasible. And, of course, it isn't, as long as we keep electing neoglibs like Barack Obama who fervently wish to avoid good legislation. Which, naturally, is what I immediately thought of when I saw Elizabeth Warren dealing with just that "reasoning". Of course, Warren can only get so far, but it does seem lately that more and more people are refusing to fall for the "reasons" why good things can't happen.

Other background reading from the show:
Digby on Scalia on judicial activism and Nazis
Digby with Grayson's amendment to a bill that clearly quotes the Constitution - something he's been doing a lot lately that gets bipartisan support.

"Papantonio: Bartlett Decision Gives Pharma Free Pass To Kill" - What a corporatist Supreme Court means to your right to have your day in court.

"Court: Chevron Can Seize Americans' Email Data [...] Last month, a federal court granted Chevron access to nine years of email metadata - which includes names, time stamps, and detailed location data and login info, but not content - belonging to activists, lawyers, and journalists who criticized the company for drilling in Ecuador and leaving behind a trail of toxic sludge and leaky pipelines. Since 1993, when the litigation began, Chevron has lost multiple appeals and has been ordered to pay plaintiffs from native communities about $19 billion to cover the cost of environmental damage. Chevron alleges that it is the victim of a mass extortion conspiracy, which is why the company is asking Google, Yahoo, and Microsoft, which owns Hotmail, to cough up the email data. When Lewis Kaplan, a federal judge in New York, granted the Microsoft subpoena last month, he ruled it didn't violate the First Amendment because Americans weren't among the people targeted. Now Mother Jones has learned that the targeted accounts do include Americans - a revelation that calls the validity of the subpoena into question."

Barry C. Lynn, "Estates of Mind: The answer to America's techno-malaise is to force big corporations to compete more. And to open their patent vaults"
This actually goes rather well with Sam Seder's interview with Robert McChesney on The Majority Report. They were talking about media and how the internet is now having an anti-democratizing effect, in contrast to what everyone expected from it, but it all dovetails with the kind of monopoly capitalism (not a free market!) we have now.

"'Crack baby' study ends with unexpected but clear result [...] Now, after nearly a quarter century, the federally funded study was ending, and the question the researchers had been asking was answered. Did cocaine harm the long-term development of children like Jaimee, who were exposed to the drug in their mother's womb? The researchers had expected the answer would be a resounding yes. But it wasn't. Another factor would prove far more critical."

Paul Rosenberg has moved on to Scalia in his series on the Structure of Lies in Conservative Jurisprudence, and he's up to Scalia's Judicial Scam - In Detail-Part 2.

Atrios picked Ray Kelly, of whom Obama spoke so highly, as the first Worst Person in the World* this week. Alex Pareene did a nice job taking Kelly apart piece by piece.

"Not Even Silicon Valley Escapes History: A revolution began here. And this is what is left over."

"Cameron cracks down on 'corroding influence' of online pornography." Even if there was a shred of evidence that pornography was causing any problems, I still wouldn't say they were the real corroding influence in Britain today. Tory/NewLab/LibDem policies, however....

"Long Overdue Pardon To Be Issued To Alan Turing - Father Of Modern Computers And Convicted Homosexual."

Casey James, "Need Your Love So Bad," live, because my friend Regina really digs him.