Never mind the forecast, 'cause the sky has lost control 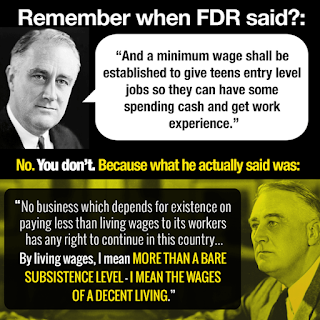 Avedon Carol talked about Puppies and science fiction, Bernie, Hillary, Corbyn, Trump, and election fraud on Virtually Speaking with Jay Ackroyd, and although there was a bit of drop-out (like when I said, "He wrote Glory Road!" which was completely gone), I'm happy to say that there were fewer technical problems than usual. (Of course, I had not yet read "Who Really Runs the Hugo Awards?" - but you can!)
* Stuart Zechman and Isaiah Poole discussed the tensions in the Sanders and Clinton campaigns with respect to popular policy, populist rhetoric and the role of identity politics in the primary process on Virtually Speaking Sundays. (I note that Isaiah mentioned Bernie's new press secretary but didn't say who she was - she's Symone Sanders, no relation.) But see CMike's comment to the previous post, where he's already commented on this VSS, about the numbers, and points out an error on Jay's part - a significant one.

On The Majority Report, Harvey J Kaye: The Fight for the Four Freedoms: What Made FDR and the Greatest Generation Truly Great

Bernie spoke at the Democratic National Convention on Friday. I loved the name-check for Paul Wellstone. "If Democrats want to keep the White House and recapture Congress and make gains in statehouses, then establishment politics won't do it." That's the video, but there are written stories from CNN and elsewhere, and The Hill says he and O'Malley characterized the DNC's debate process as rigged: "The DNC has drawn criticism for scheduling only four debates before the early-primary states cast their votes, and six total throughout the election cycle." For a little background on how sleazy it all is, here's a story from earlier in the week that says, "In 2007, the number of pre-primary debates was 26, allowing Democrats to get a full hearing from the people in the Party running for the highest office in the nation. 6 of those debates were sanctioned by the DNC. So, according to Wasserman Schultz, nothing has changed. Except it has. This time around, there is a new rule and it states that any candidate who participates in an unsanctioned debate will not be able to participate in any of the 6 that are sanctioned by the DNC." O'Malley, of course, believes this restriction is illegal, which is why he's going to court. And at Five Thirty Eight, "Is Six Democratic Debates Too Few?

"Hurricane Katrina and Bernie Sanders: From Neoliberal Disaster to 'Political Revolution': There is only one presidential candidate who has consistently fought for the kinds of policies that New Orleans so desperately required prior to and during Katrina, and that it needs now more than ever." Adolph Reed is no starry-eyed, innocent child, so when he talks up Bernie Sanders, that's a big deal.

The most interesting thing about this article may be that it's in Forbes. "Why Hillary Clinton Lacks Credibility On Criminal Justice Reform"

Guy Sapertstein and Gaius Publius, "The Racial Justice Failures That Hillary Clinton Can't Ignore [...] History has not been kind to the Clintons' record and it is possible that Bill Clinton while president, with no public objections and often with enthusiastic support from Hillary, did more damage to the black community than any modern American president."

Jeet Heer in The New Republic, "Donald Trump Is Not a Populist. He's the Voice of Aggrieved Privilege" - and how "populist" became a dirty word.

"Democratic Blues: Barack Obama will leave his party in its worst shape since the Great Depression - even if Hillary wins." I don't understand the "even if" bit - it will take a long time to repair the damage Obama has done to the Democratic Party even if Bernie wins, but if Hillary wins it will be even harder since she hasn't shown much willingness to depart from Obama's horrible policies and strategies.

It's a funny thing how right-wingers are all for "accountability" from teachers, but not so much when it's the cops.

"Supreme Court Strikes Down Unconstitutional 'Three Strikes' Law" - This is a great victory, and, surprisingly, was an 8-1 decision, with Scalia writing for the majority. The sole dissenting voice was Alito, mainly because his thinking capacity is so limited that he objected on the grounds that he didn't like the particular guy in the specific case, but even Scalia could see past that one.

EFF: "Appeals Court Falls for Government's Shell Game in NSA Spying Case:The U.S. Court of Appeals for the D.C. Circuit's opinion today in Klayman v. Obama is highly disappointing and, worse, based on a mistaken concern about the underlying facts. The court said that since the plaintiffs' phone service was provided by one subsidiary of Verizon - Verizon Wireless - rather than another - Verizon Business - they couldn't prove that they had standing to sue. The court sent the case back to U.S. District Judge Richard Leon to give the Klayman plaintiffs an opportunity to prove that their records were in fact collected. The appeals court did not rule one way or the other of the constitutionality of the mass collection program. As an initial matter, recent releases by the government make clear that the plaintiffs' records were in fact collected. Earlier this month, in response to a Freedom of Information request from the New York Times, the government released documents confirming that it does indeed collect bulk telephone records from Verizon Wireless under Section 215. Specifically, the formally-released documents reference orders to Verizon Wireless as of September 29, 2010, when they had to report a problem to the Foreign Intelligence Surveillance Court. This should mean that the plaintiffs records were collected, at least as of 2010, but likely long before and after. The government should give up its shell game here and admit the time frame that it collected the Klayman plaintiffs records, along with all other Verizon Wireless customers.

Spocko: "What good can come out of the Ashley Madison Hack? [...] Let's start demanding the organizations that hold our private data have greater accountability to protect it and more liability when it is taken.The massive class action suit against the parent company of Ashley Madison is a start, but not enough. We also need to demand nationwide reporting of breaches. It's ridiculous that if you don't live in a state with mandated reporting the company or organization never has to tell you about it. Next we need an agency who actually wants to help us protect our data. But, since the fear is no entity can be trusted, we need to push for the tools to maintain some control over our privacy."

"The Miami Herald has filed a lawsuit against the Florida Department of Corrections, alleging that the agency has violated the state's open record laws by withholding information about suspicious deaths and possible sexual and physical assaults of inmates at the hands of corrections officers in the state prison system.

A guy shot and killed two of his co-workers, journalists from WDBJ, live on television. But a funny thing happened to coverage of the story on CNN. (via)

"Everyone But The NY Times Realizes James O'Keefe Is A Joke "

The Greeks are now being accused of plotting a secret exit from the Euro. Of course, it would have been completely irresponsible of them not to explore what it would take to do that, since it would be the best thing they could do. But it seems it couldn't be done fast enough, which is why it didn't happen - yet. Anyway, since he was involved, TRN did an Interview with James K. Galbraith on Grexit plans.

"This week, to commemorate the 10th anniversary of Hurricane Katrina, The Palast Investigative Fund is offering my film, Big Easy to Big Empty: The Untold Story of the Drowning of New Orleans as a FREE download." Watch the trailer.
Harry Shearer's "The Big Uneasy" is currently available on Vimeo if you missed it five years ago or would like to see it again. (You really should.) Via Nicole Sandler's show post commemorating the tenth anniversary of Katrina, where you can listen to that whole show.

Wine Train apologizes for kicking a group of black women off the train for laughing: "'The Napa Valley Wine Train was 100 percent wrong in its handling of this issue,' said wine train chief executive officer Anthony 'Tony' Giaccio. 'We accept full responsibility for our failures and for the chain of events that led to this regrettable treatment of our guests.' [...] The company is offering the group a free wine tour for 50 people. 'You can enjoy yourself as loudly as you desire,' the company pledged." They also apologized for and took down a post on their Facebook page accusing the women of verbal and physical aggression.

Christopher Priest leaps to the defense of Terry Pratchett. I remember years ago reading an article in Time Out from a woman who had been assigned to write about Pratchett and proceeded to state that she had not read any so she just asked her male friends if it was just boy's stuff and they said that it was, thus proving they hadn't read it, either. She rattled on for several more paragraphs but... seriously? That's how a "professional journalist" covers an assignment? So now we have some nitwit over on the Guardian's blog pontificating on the lack of quality of Pratchett's work which he says he hasn't got time to waste actually reading it. I don't know where these people come from.

Video of the Hugo presentation is posted here in four parts. If you want to skip straight to the presentation itself, it starts at the 1:07 mark on part 2. Mr. Sideshow's highlight picks are "James Bacon accepting the Best Fanzine Hugo at 7:50 in part 3, basically because his was the best acceptance speech IMO." Also, the presenter at 6:25 in part 4, and "How the Best Novel Nominations were announced at 25.50 part 4."

John Scalzi, "A Thing Not to Do When You're Smart"

About halfway down in this interview with Patrick Stewart, he reveals something that makes you sit up and say, "How could you not know that?"

Why these colored water droplets seem to be alive

The Head of Franz Kafka in Prague, kinetic statue.

I admit to looking at some of these clever tiny home designs and indulging a five-minute fantasy of living that way right before I remember why that would not be possible for people who could never bring themselves to let go of our collections of books, magazines, fanzines, boxes of paper correspondence, and on, and on, and on....

I just listened to a vid from Omnibus and I lost count of the different ethnicities the music seemed to cover. Even got some Armenian church picnic in there....

OK, this has three different animation sets - and ends with the one I couldn't find on YouTube the other day: The Beatles Rock Band Cut Scene Intro-Outro. (I thought the middle one was a bit of a let-down.)

Postmodern Jukebox: "My Heart Will Go On" - with doo-wops!