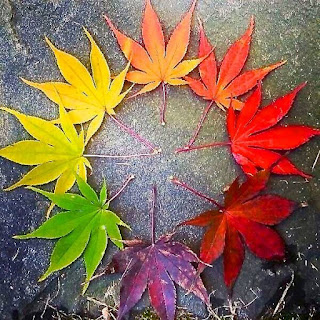 "Democrats to Win in a Landslide in 2016, According to Moody's Election Model." Not sure how seriously to take that when their metric seems to be that the economy is good.
* Strangely, this is from The Washington Post: "Two days later, Sanders draws five times as many people as Clinton to event at same university in N.H.: DURHAM, N.H. - Presidential hopeful Bernie Sanders drew an estimated 3,000 people to a boisterous rally here Sunday night at the University of New Hampshire, about five times as many people as Democratic rival Hillary Rodham Clinton attracted to an event two days ago at the same campus."

Astonishingly, Forbes tells the truth on this: "Can America Afford Bernie Sanders' Agenda? [...] But returning to the main point, anyone who says the federal government doesn't have the budget to manage Sanders' (or anyone else's) programs doesn't understand how modern macroeconomies work. The federal government's budget is not analogous to your own and it cannot run out of money."
* It's probably not a very big deal that "Republican Poll Shows Bernie Tied for First Place with Trump and Carson in This State" in the Republican primary when that state is Vermont.
* "Why Hillary Clinton May Not Have The Female Vote Locked Up"

Bernie Sanders at Common Dreams: "We Must End For-Profit Prisons [...] No one, in my view, should be allowed to profit from putting more people behind bars -- whether they're inmates in jail or immigrants held in detention centers. In fact, I believe that private prisons shouldn't be allowed to exist at all, which is why I've introduced legislation to eliminate them."

It's not just that they limited the debates to just six with no outside debates allowed, it's also how they scheduled them: "And check out some of these dates: Saturday, November 14. Saturday, really? Who exactly is the DNC expecting to watch a Saturday night debate? But it gets better! Saturday, December 19. Yes, the Saturday six days before Christmas. Hmm ... I could attend a holiday party with my friends and loved ones, do some last-minute shopping, or watch a presidential debate. Why not just schedule it on Christmas Eve, FFS? But let's keep going through this debate schedule: January 17. That's the Sunday night of Martin Luther King Day weekend. This is absurd."
* "Democratic Party Shutting Out Bernie Sanders!"

"Hillary Clinton Wants Poor Students to 'Work' for Tuition - Though Her Dad Paid Hers [...] I'm not going to give free college to kids who don't work some hours to try to put their own effort into their education."

"Americans Want Congress Members To Pee In Cups To Prove THEY Aren't On Drugs: While Congress pushes for drug tests for food stamp recipients, most Americans like the idea of drug testing members of Congress even better. A YouGov poll found that 78% of U.S. citizens are in favor of requiring random drug testing for members of Congress. A full 62% said they 'strongly' favor this, compared with only 51% who feel the same way about food stamp and welfare recipients. The support for this move was bipartisan, as 86% percent of Republicans, 77% of Democrats and 75% of independents support the mandatory drug tests for members of Congress."

David Dayen, "Leaked Seattle Audit Concludes Many Mortgage Documents Are Void: A Seattle housing activist on Wednesday uploaded an explosive land-record audit that the local City Council had been sitting on, revealing its far-reaching conclusion: that all assignments of mortgages the auditors studied are void. That makes any foreclosures in the city based on these documents illegal and unenforceable, and makes the King County recording offices where the documents are located a massive crime scene. The problems stem from the Mortgage Electronic Registration Systems (MERS), an entity banks created so they could transfer mortgages privately, saving them billions of dollars in transfer fees to public recording offices. In Washington state, MERS' practices were found illegal by the State Supreme Court in 2012. But MERS continued those practices with only cosmetic changes, the audit found." MERS was obviously a scam from the git-go, it's sole purpose to cheat their way out of paying required filing fees. Everyone who set this up should be arrested and thrown in jail for a long time.

"What Exxon Knew About Climate Change: Wednesday morning, journalists at InsideClimate News, a Web site that has won the Pulitzer Prize for its reporting on oil spills, published the first installment of a multi-part exposé that will be appearing over the next month. The documents they have compiled and the interviews they have conducted with retired employees and officials show that, as early as 1977, Exxon (now ExxonMobil, one of the world's largest oil companies) knew that its main product would heat up the planet disastrously. This did not prevent the company from then spending decades helping to organize the campaigns of disinformation and denial that have slowed - perhaps fatally - the planet's response to global warming." (Thanks to commenter ifthethunderdontgetya for the tip.)
* "Citigroup: Tackling climate change now could save $1.8 trillion: Tackling climate change is expensive. But not as expensive as doing nothing, according to new research (PDF) published last week by global banking giant Citigroup."

It's not the hypocrisy that bothers me, it's just the fact that it's evil: "GOP Candidate Kasich Caught Providing Food Stamps to White Communities but not Black Communities. [...] In 2013, Governor Kasich could have accepted food stamp assistance for all of Ohio, as he had done for the previous six years. Instead, he limited the waivers to a handful of primarily rural counties with a large percentage of white residents. Urban regions with large minority populations and unemployment rates far above average have been denied the food stamp assistance. Furthermore, according to Kate McGarvey of the Legal Aid Society of Columbus (LASC), Kasich had this decision rammed through with little or no debate - and for no apparent reason. She told Mother Jones, 'It was really fast - no advocates I know of were given a chance to give feedback on the wisdom of the partial waiver.'"

"Suit Alleges 'Scheme' in Criminal Costs Borne by New Orleans's Poor [...] On Thursday, Ms. Cain joined five other plaintiffs in a class-action lawsuit against the criminal district court here, among others, alleging that judges and court officials have been running an 'illegal scheme' in which poor people are indefinitely jailed if they fall behind on payments of court fines, fees and assessments. The suit describes how fees are imposed with no hearing about a person's ability to pay, and how nearly all components of the local criminal justice system - the judges, the prosecutors, the public defenders - benefit financially to some degree."

This page from the Kaiser Family Foundation says, "Employer Family Health Premiums Rise 4 Percent to $17,545 in 2015, Extending a Decade-Long Trend of Relatively Moderate Increases," a price tag people in most of the word wouldn't believe could be placed anywhere near the word "moderate", but scrolling down you see deductibles have shot up incredibly.

"16 years ago, a doctor published a study. It was completely made up, and it made us all sicker."

"Nashville JCC Kicks Out Planned Parenthood." This is just crazy. But someone rides to the rescue: "The oldest and largest Jewish congregation in Nashville has opened its synagogue to Planned Parenthood for its annual Middle Tennessee fundraiser."

"Chick-fil-A Stops Anti-Gay Donations, Adopts Anti-Discrimination Policy." This may have something to do with the fact that their founder died last year.

"Anger after Saudi Arabia 'chosen to head key UN human rights panel'" - I really don't understand how this could even happen.
* "You Can't Understand ISIS If You Don't Know the History of Wahhabism in Saudi Arabia."

There's a curious editorial in The New York Times complaining about how the Republican candidates are full of bollocks. It's like a blog post from 2001, except that they left out the part about how the reason candidates and political leaders and their spokesbots so confidently talk out of their backsides is that the media has been letting them get away with it for years and even encouraging it, trumpeting it, and firing people who won't play along. I'm looking at you, New York Times (and MSNBC).
* This is less surprising, from Counterpunch: "Red Neoliberals: How Corbyn's Victory Unmasked Britain's Guardian [..] Corbyn is not just threatening to expose the sham of the PLP as a real alternative to the Conservatives, but the sham of Britain's liberal-left media as a real alternative to the press barons. Which is why the Freedlands and Toynbees - keepers of the Guardian flame, of its undeserved reputation as the left's moral compass - demonstrated such instant antipathy to his sudden rise to prominence."
* "MSNBC Threw Liberals Under The Bus And Is Now The Lowest Rated News Network."

In These Times: "Why Radical Leftists Need To Stop Worrying and Back Bernie Sanders." The simple fact is that none of the other issues is going to go anywhere until we find some way to restore democracy, and we just aren't going to be able to do that unless something is done to knock the aristocracy off its perch and put power into the hands of the people, and that's about money. That's what Bernie's about, and if you see your chance, take it.
* And, interestingly, Counterpunch: "Sniping at the Sandernistas: Left Perfectionism in the Belly of the Beast."

Why Income Inequality Isn't Going Anywhere: Rich elites - even rich liberal elites - don't believe in redistributing wealth. [...] The conventional view of America as a classless society has long sided with Hemingway - the only difference is the money. But our results suggest that, at least when it comes to attitudes toward inequality, Fitzgerald is right: Elite Americans are not just middle-class people with more money. They display distinctive attitudes on basic moral and political questions concerning economic justice. Simply put, the rich place a much lower value on equality than the rest. What's more, this lack of concern about inequality among the elite is not a partisan matter. Even when they self-identify as progressive Democrats, elite Americans value equality less highly than their middle-class compatriots."

I wonder if his fans know this: "Friedrich Hayek Supported a Guaranteed Minimum Income: Not only that, he assumed it would exist."
* Oddly, David Frum, of all people, did notice it. "The Conservative Case for a Guaranteed Basic Income: Creating a wage floor is an effective way to fight poverty - and it would reduce government spending and intrusion."

These 10 Countries Are The Most Prosperous In The World, And They Don't Include The U.S.

Bruce Schneier on the Movie Plot Threat: Terrorists Attacking US Prisons: "Not just terrorists, but terrorists with a submarine! This is why Ft. Leavenworth, a prison from which no one has ever escaped, is unsuitable for housing Guantanamo detainees. I've never understood the argument that terrorists are too dangerous to house in US prisons. They're just terrorists, it's not like they're Magneto."

"David Cameron says he 'will not dignify' claims he put his genitals in the mouth of a dead pig." Ah, yes, you can almost hear LBJ saying, "But let's make the sonofabitch deny it."

"Progressive Change against Corporatism is Sweeping the World: Thom Hartmann Explains." For the record, the "s" in "Islington" is not silent. Like in "Israel".

RIP: Yogi Berra, outstanding baseball player, coach, and manager, and famous sayer of lines people had to think about, at 90. However, the AP wire got it a little wrong.

Howie Klien remembers Hendrix: "I met Jimi Hendrix in 1967, before he went off to England and formed the Jimi Hendrix Experience."