Anyone who had a heart 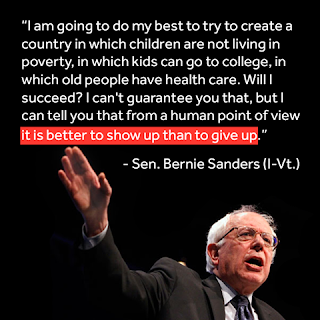 "Understanding US public policy, both domestic and foreign, is impossible without considering the role of intelligence operations, government, contracted to government and private. The roles of domestic surveillance, foreign infiltration, and exploits directed at US assets are not reported in traditional media unless the breaches are yawning. Marcy Wheeler is on this beat, and reports upon it at emptywheel.net. We discuss espionage and its role in contemporary policy making" on Virtually Speaking with Jay Ackroyd. "Our biggest adversary knows all our biggest secrets, so let's move to a beyond-secrecy regime."

I can't recommend Thandeka's 1999 article "Why Anti-Racism Will Fail" enough, because I think there's a lot of supposedly illuminating discussion of race and racism among largely white liberals that can most charitably be summed up as a load of guilty wank, and it is definitely not helping. There's a reason Bobby Seale still says the important thing is "All power to all the people."

Christy has packed up Firedoglake, and the torch is being picked up at Shadowproof.

Hm, is Ezra Klein really this dumb, or did he just try to befuddle Bernie with a bunch of DLC-style talking points? Not that Bernie fell for it, but it appears a lot of other people did. (You can watch the video of the interview Ezra did with Bernie here.)

In theory, Steve Israel is no longer running the show, but his jihad against progressives continues to weaken Democrats' chances. "More than a few highly qualified progressives told me they would never-- or, in many cases, never again-- waste their time and resources running for Congress with Blue Dog Steve Israel anywhere near the DCCC."

So, we have two candidates in the race who have never and will not get the support of the Koch brothers. One is Bernie Sanders and the other is Donald Trump.

David Sirota tweeted this quote from Obama: "We've put in place new rules to hold Wall Street accountable." And then said, "Oh really?" - and linked to this story: "US Prosecution of White Collar Crime Hits 20-Year Low: Report." Seems the Obama administration has become adept at making deals to make sure Wall Street isn't held accountable at all.

There has never been a shortage of STEM workers. Never.

"The Fight for American Voting Rights: Inside Ari Berman's New Book [...] In Give Us the Ballot: The Modern Struggle for Voting Rights in America, journalist Ari Berman looks not just at the significance of this landmark civil rights law, but at what's happened to voting right in America since Lyndon Johnson signed the VRA in 1965." Ari talked to Sam Seder about it on The Majority Report.
* Scott Lemieux in The Week, "John Roberts has been trying to gut the Voting Rights Act for decades." Thanks, Obama.

If you've got self-appointed "experts" telling cops to shoot first all the time, then going into court and insisting that an officer who shot an unarmed person in the back had no choice, "Even when witness testimony, forensic evidence or video footage contradicts the officer's story," yes, the cops become the most dangerous people on the streets.
Back in April and May, Tom Sullivan did two posts on this sick situation and at least one experienced cop who says the current training cops are getting is deadly wrong.

I almost didn't read far enough into this story to find out why someone sent me the link, but if you ever needed proof that it's possible to go beyond tribe and race, then read about Bryan Stevenson's legal work to keep black kids out of prison and off death row and why there's an even bigger story there.

"Alabama case fills out the police brutality bingo card: This story out of Huntsville, Ala., reads like a checklist of police brutality cases. [...] The only thing missing here is the common racial element. In this case the officer is black, his victim is white. The other cops who lied for the black cop were also white. When it comes to covering up brutality, the blue code apparently transcends race. Progress!"

Paul Craig Roberts, "Would Somebody Please Bring Freedom & Democracy To America [...] If you're starting to feel somewhat overwhelmed, intimidated and fearful for your life and your property, you should be. Never before have 'we the people' been so seemingly defenseless in the face of police misconduct, lacking advocates in the courts and in the legislatures."

This is the way to do it: "Facebook Co-Founder Giving Millions Directly To The Poor, No Strings Attached" I'm not saying we should have to rely on private charity (the kindness of rich strangers!), but squeezing out a few paltry bucks and telling people exactly what they are allowed to spend it on is a wasteful kind of "help", it doesn't allow them to make decisions and frequently locks them into bad decisions someone else made.

This is interesting: Funding for students activism has been dropping all the time, but apparently the Ford Foundation is stepping up. Can't help but wonder if something might actually come of this.

"How Medicaid forces families like mine to stay poor: 'You'll have to get rid of everything'"

There's a lot of interest in this interview Laura Flanders did with Cornel West, but I was particularly interested in his remarks on music, which were something I'd never thought about before.

"Let's Go Full Crocodile, Ladies: A documentary that disappeared more than 40 years ago - available to everyone for the first time here - is a gift to modern-day feminists. It's belligerent, it's hilarious, and it reveals exactly what the Clinton campaign is missing." Actually, the Clinton campaign is missing a great deal more than what's in this video, but never mind that. Year of the Woman is the feminist movement that really was and that you never hear about - no bra-burning, no hairy legs, but raucous humor and righteous anger versus a bunch of smug, lame, guys who didn't get it or didn't want to know. And McGovern - oh, lord, he could have done the right thing and he could have chosen Sissy Farenthold as his runningmate and he could have won, but he didn't, and he didn't, and he didn't. That is a part of the McGovern loss that you never hear about, and it's just the kind of mistake Clinton is making right now by taking the wrong side in the issues of the day.

Interview by Peter Bebergal in The New Yorker, "Samuel Delany and the Past and Future of Science Fiction"

RIP: Cilla Black, singer and TV star, dies aged 72. Her image became square and dowdy as her singing career turned into a TV career, but she had the pipes, and hers is still the definitive version of "Anyone Who Had A Heart".