I thought our little wild time had just begun 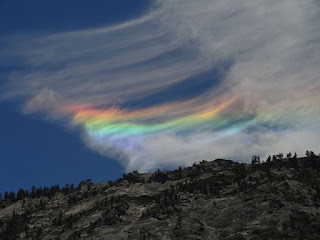 The Supremes startled many people by deciding King v. Burwell in support of the PPACA and Obergefell v Hodges in favor of same-sex marriage, and Ben & Jerry's renamed its Chocolate Chip Cookie Dough ice cream to celebrate the latter decision. Meanwhile, Antonin Scalia impressed many with his incoherent dissent in which he (this is Scalia, remember) complained that the court majority was a threat to American democracy Didn't worry about that much in Bush v. Gore, did ya, Tony? The Mary Sue celebrated, and The Huffington Post asked the nearest hippie as per Scalia's advice.

Some people were just always cool, and they stayed cool even as they got older and greyer. Bernie Sanders is one of them, and the kids know it. "Brendan Eprile remembers the first time he saw Bernie Sanders on TV. Eprile was an 8-year-old growing up in Vermont, and he recalls 'being amazed, because I understood what he was talking about, unlike all the other politicians.' Sanders was on his soapbox about Iraq -or maybe it was economic inequality? In any case, the famously blunt independent from Burlington had him riveted. Jonah Ragir has a similar recollection. When he was young, he says, his grandmother was watching Sanders on C-SPAN in her California living room. 'I asked my grandma who he was, because he didn't sound like the other guys who were speaking,' Ragir says. 'He wasn't "boring" and he wasn't "lying," were the words I used as a little kid.'" And here's a completely different kid speaking up for Bernie.

At Naked Capitalism, Yves and Robert Scheer on The Bankruptcy of America's Elites: "And I have spent my life interviewing people generally around power, in government and so forth. I've traveled with Nelson Rockefeller and David Rockefeller. You know, I have interviewed people who became president, from Richard Nixon, Clinton, and so forth and so on. And if I were to try to explain, the big shift that I've seen is long-term as opposed to short-term, that most of the people I had interviewed in the first stage of my career, say somewhere up until 1970, were people that at least were concerned what their grandchildren might think. You know? There was either through family, inherited wealth, or going to certain schools, or there was some sense of social responsibility, you know, that you could find, that we have to leave our mark, we have to leave it a better place, we have to - and just for our place in history, that it mattered. Okay? So you could be concerned, oh, we'd better get with the civil rights movement, because otherwise we're going to fall apart, or we'd better care about the economic condition of the rest of the world, because otherwise it will rebel, we'd better worry about the living condition of our own people here or they'll rise up with pitchforks and toss you out. I think what happened is we went into this madcap period of short-term greed."

"Congressional Democrats Introduce Ambitious New Bill to Restore the Voting Rights Act." To me, that's not good enough. It should simply be illegal *everywhere* to try to prevent citizens from exercising their right to vote, including to use any method that is a known voter-suppression strategy. And that would overcome the Supremes' objection, too.

"Christie's Conspiracy: The Real Story Behind the Fort Dix Five Terror Plot [..] For the Duka family, the arrests marked a tragic turn. They had escaped the turmoil of the former Yugoslavia and managed to start anew in the United States, only to find three sons publicly branded as terrorists. Dritan, Shain and Eljvir, seized when they were 28, 26 and 23, would be convicted of conspiring to kill U.S. military personnel and sentenced to life in prison, devastating the Duka family and putting an end to their nascent American dream. Beyond the sensational headlines is the story of paid FBI informants with long criminal histories who spent a year working to befriend the brothers and enlist them as terrorists. This effort, both expensive and time-consuming, nevertheless failed to convince the Duka brothers to take part in a violent attack. Indeed, over the course of hundreds of hours of surveillance, the plot against Fort Dix was never even raised with them."

Ettlin thinks it's time to write a whole new state song for Maryland, to replace An anthem from the Confederacy .

Over here they're calling it TTIP, but even the Evening Standard is beginning to view it with alarm.

We really need to rethink our relationship with Saudi Arabia. And, of course, the oil industry.

I have a dumbphone, but it's not this dumb.

Hefner: classier than you think.

I thought this was fun.

And this looks like it will be fun for some of us.

Simels is having fun going all gay all of a sudden.