She's so glad, she's tellin' all the world 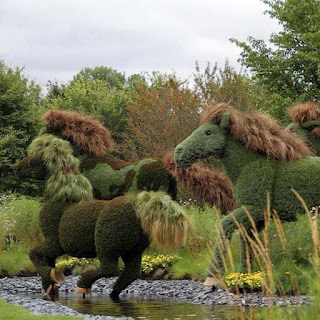 Jay Ackroyd got to interview a much-read and much-admired economist on Virtually Speaking: "Henry Jacob Aaron is an American policy analyst and economist. He is the Bruce and Virginia MacLaury Senior Fellow in the Economic Studies Program at the Brookings Institution, where he has been employed since 1968, author and co author of a plethora of public policy publications, including the seminal Setting National Priorities series analyzing the US budget."
And David Dayen and Digby talked about Greece on Virtually Speaking Sundays.

Atrios has a good, quick primer and summing-up of what's going on with Greece right here, a lot more straightforward than anything you'll read in most newspaper accounts. Read it all but here's the pull-quote: "Whatever it is, it ain't democracy. It's banksterocracy. The concept of central bank independence was, once upon a time, thought to be necessary to prevent irresponsible governments from doing, or being perceived as doing, irresponsible things with the money supply. Now the point of central bank independence is to hand immense power to a bunch of unelected unaccountable people engaged in revolving door careers with the banking system. Let's continue laughing at the silly Greeks and their silly corruption."
Meanwhile, the Germans (who owe their quick recovery after WWII and continued success in large part to the Marshall Plan and a generous welfare state), don't exactly have a leg to stand on when they whine about Greece not paying their debts, since Germany hasn't, either.

Alan Grayson is in - to be the Senator with Guts!

Glen Ford on Eric Holder's next trip through the corporate revolving door.

"TiSA WikiLeaked: Winners & losers of multinational trade deal [,,,] Leaked documents of TiSA (Trade in Services Agreement) negotiations reveal that the treaty is looking to undermine 'governments involved in the treaty' by supporting multinational companies instead of local businesses, according to a WikiLeaks press release. The revelations come just one week before TiSA talks resume on July 6. Negotiations have been taking place in secret since early 2013. [...] Even after the deal is finalized, WikiLeaks said that the TiSA documents are meant to remain secret for five years."

America loved the marriage equality ruling - at least on Twitter.

Isn't it funny that Claire McCaskill's campaign stumping for Hillary is saying all the stuff that would make people want to vote for Bernie? Meanwhile, not sure this will endear her, either.

Just imagine if it had been the other way around. "Man Admits To Plotting To Massacre Muslims, Judge Sets Him Free Anyway."

"Florida Judge Says It's Illegal to Force Women to Wait 24 Hours Before Terminating a Pregnancy: Florida Chief Circuit Judge Charles Francis blocked an intrusive bill on Tuesday that was signed by unpopular Florida Gov. Rick Scott (R), reported CBS News. The bill would have required a one-day waiting period for women seeking to have an abortion."

The Prosecutor Who Says Louisiana Should ‘Kill More People' [...] Within Louisiana, where capital punishment has declined steeply, Caddo has become an outlier, accounting for fewer than 5 percent of the state's death sentences in the early 1980s but nearly half over the past five years. Even on a national level Caddo stands apart. From 2010 to 2014, more people were sentenced to death per capita here than in any other county in the United States, among counties with four or more death sentences in that time period. Robert J. Smith, a law professor at the University of North Carolina whose work was cited in Justice Breyer's dissent, said Caddo illustrated the geographic disparity of capital punishment. But he said this analysis did not go far enough. Caddo, he noted, has bucked the national trend in large part because of one man: Dale Cox.

GREECE'D: We Voted ‘No' to slavery, but ‘Yes' to our chains: [...] fact is that German Chancellor Angela Merkel, the Cruella De Vil of the Eurozone, will ignore the cries of the bleeding Greeks and demand we swallow austerity - or lose the euro. But, so what if we lose the euro? The best thing that can happen to Greece, and should have happened long, long ago, is that Greece flee the Eurozone. That's because it is the euro itself that is the virus responsible for Greece's economic ills."
* "Greece Nazi occupation: Athens asks Germany for €279bn"

Stanley Greenberg on A New Formula for a Real Democratic Majority - Basically, you want Democrats who sound like Democrats.

"The £93bn handshake: businesses pocket huge subsidies and tax breaks: Guardian's analysis reveals that hidden subsidies, direct grants and tax breaks to big business amount to £3,500 a year given by each UK household [..] Many of the companies receiving the largest public grants over the past few years previously paid little or zero corporation tax, the analysis shows. They include some of the best-known names in Britain, such as Amazon, Ford and Nissan. The figures intensify the pressure on George Osborne, the chancellor, just as he puts the finishing touches to his budget. At the heart of Wednesday's announcement will be his plans to cut £12bn more from the social welfare bill."

Lee Camp on Obama's Legacy - Gay marriage became legal because gay activists kept fighting for it, not because Obama did anything. Obama gave us TARP and undercut health insurance reform and prevented criminal banksters from being prosecuted and made sure the Bush administration paid no price for torture, but no, he is not responsible for gay marriage being legal.

A Johnson & Johnson's heir finds that the 1% really don't want to talk about how they've vacuumed resources out of the country.

I was always disappointed in the Cosby show for a number of reasons. For one thing, nothing about it reflected the genuinely funny comedian who warned me about ice cream and tonsillectomies or a $100 car or Sheldon Leonard. But there was also one very obvious other problem.

This is not work-safe. And yes, I know someone who says that's just how it was where she grew up back home in Texas - they knew they couldn't "do it" until they got married, so they did everything else.