The long struggle for sleep 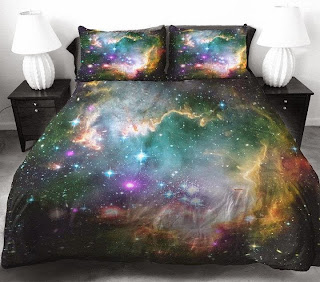 This looks like some genuine good news, for a change: "Holder limits seized-asset sharing process that split billions with local, state police: Attorney General Eric H. Holder Jr. on Friday barred local and state police from using federal law to seize cash, cars and other property without warrants or criminal charges. Holder's action represents the most sweeping check on police power to confiscate personal property since the seizures began three decades ago as part of the war on drugs." Oh, but wait: "Holder's decision allows limited exceptions, including illegal firearms, ammunition, explosives and property associated with child pornography, a small fraction of the total. This would eliminate virtually all cash and vehicle seizures made by local and state police from the program." So, they can still take your house for child porn, eh? Watch for a sudden upsurge on that one, because it's really easy to frame someone for it. Susie Madrak talked about this in more detail on Virtually Speaking Sundays. Or, in short form: "Good, this should help. But this still leaves a double standard in place for some crimes. What this means, as a practical matter, is that local and police state departments will focus their energies on the firearms and child porn busts, because they'll be determined to fill those gaping holes in their budgets."

Johann Hari has written what sounds like a really good book on the War On (Some People Who Use Some) Drugs, and Sam Seder interviewed him on The Majority Report - recommended, there's some stuff in there that even I didn't know.
- Sammy also talked to Scott Horton about Lords of Secrecy: The National Security Elite and America's Stealth Warfare and to Karl Widerquist on The Case for a Basic Income.

"It's not just Fox News: How liberal apologists torpedoed change, helped make the Democrats safe for Wall Street"
- "The Fault, Dear Voter, Lies Not in Our Stars, But in Our Democrats - Thomas Frank Adds His Voice"

"Perhaps the Most Important Question About the Democratic Party Right Now: Over at U.S. News & World Report, Pat Garofalo has a very interesting piece up that asks 'Are Democrats Trolling the Left?' This question deserves some serious consideration, because the answer could tell us a huge amount about American politics over the next several years."

Yves Smith, "Senator Warren and America Win in a Skirmish in a Long Struggle Against Wall Street's Coup."
- Also at Naked Capitalism, "MMT Versus the CBO: Replacing the Budget Constraint with an Inflation Constraint" - now that Stephanie Kelton is the Chief Economist of the Senate Budget Committee.

"It's Not Just the Cops: Public defenders know that the trouble with our justice system extends far beyond abusive policing"

"Most of America's rich think the poor have it easy" - you know, because of all those wonderful benefits they get.

James Fallows on "The Tragedy of the American Military: The American public and its political leadership will do anything for the military except take it seriously. The result is a chickenhawk nation in which careless spending and strategic folly combine to lure America into endless wars it can't win."

"Prosecuting corporate culprits" - There are crimes that normal people get prosecuted for and go to jail. When you do it large, you should be tried for those crimes, too, right? Maybe it's starting.

Commenter ksix reminds us that Mario Cuomo was no great liberal hero - but my point was that he came outta nowhere with a message that spoke to the people, and with a little help from Jimmy Breslin, he became governor of New York. Now, if we could only get a real one....

"Speaking While Female" - You already know this, but every now and then someone does a study or writes an article about how women get interrupted more or guys grab their ideas and take credit for them or whatever. It's particularly fun when you're the one person in the room who can actually answer a question, or has any expertise in the subject, or even has an idea, and they still won't let you finish what you're saying. (And hey, remember this?)

RIP
- Faith Seidenberg, 91, one of the women who invaded McSorley's all-male bar.
- Al Bendich, 85, successful free speech lawyer for Ginsberg, Ferlingetti, and Lenny Bruce.
- Kim Fowley, 75, music producer and influential background figure from doo-wop to heavy metal, P.J. Proby and the Runaways, all over the industry. You can blame him for this: "Introducing John Lennon and the Plastic Ono Band at a festival in Toronto in 1969, and knowing that Lennon was experiencing a bout of anxiety at the prospect of facing a crowd of 20,000 with a new band, Fowley invited the audience to welcome the musicians by striking matches or holding up lighters - the first recorded instance of what would become a rock and roll tradition."

Bev Doolittle, How many horses?

The Beatles in A Midsummer Night's Dream