It's The Same Old Song 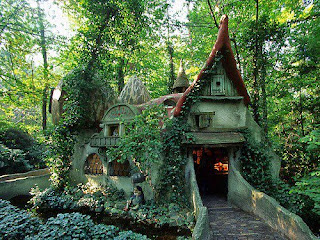 In the further adventures of Jay Ackroyd and Stuart Zechman on Virtually Speaking Sundays, topics discussed included France declaring war on terror, James Fallows on the military industrial complex, and NYPD vs the Mayor and the Commissioner, with Political satire from Culture of Truth.

And now, the moment Obama has been waiting for, his big chance to finally get The Grand Bargain to save the disability hostages! "New GOP Congress Fires Shot At Social Security On Day One [...] The House GOP's rule change would still allow for a reallocation from the retirement fund to shore up the disability fund -- but only if an accompanying proposal "improves the overall financial health of the combined Social Security Trust Funds," per the rule, expected to be passed on Tuesday. While that language is vague, experts say it would likely mean any reallocation would have to be balanced by new revenues or benefit cuts."

"Democrats, in a stark shift in messaging, to make big tax-break pitch for middle class" - Well, it's not that big, and it's just amazing how they didn't get these bright ideas before 2010... Oh, wait.

Kudos to O'Malley, because whatever other complaints we may have about him, his actions to get rid of the death penalty in Maryland have genuinely been fruitful, and his commutation of the last DP sentences left is a very good thing.

So, it turns out that Justice doesn't want James Risen to testify after all. "As Josh Gerstein first reported, the government has just asked the judge in the Jeffrey Sterling trial, Leonie Brinkema, to declare James Risen unavailable as a witness. After having defended their own right to call Risen as a witness all the way to the Supreme Court, claiming all the way they need Risen to prove their case, they're now saying Sterling should not be able to call him." I guess they're pretty miffed that he won't disclose his sources.

So, this Councilman tells the local newspaper that he's gonna send his lawyers after him for using his name in stories without his authorization. That's right, he thinks he can do that. And the editorial response is very entertaining. There's only one problem: Although they stress the whole "free speech" idea, they make no mention of the public servants are accountable to the public idea.

A little truth from David Horsey

You would think, in the current climate, that the governor of Missouri would have pardoned a 61-year-old man who is serving life without parole for possession of five pounds of marijuana. But not Jay Nixon.

For the first time ever, an Albuquerque PD cop will be charged with murder for killing someone: "The APD has one of the highest rates of officer involved shootings in the country and the body cam footage of James Boyd's execution helped to raise national awareness to this problem. James Boyd, 38, had been camping in a spot deemed 'illegal' by the state in March of last year. APD officers were dispatched, in full paramilitary force, to remove the man from his camp site."

Chris Floyd, "Hunger Games: Western Terror Warriors Spurn Their Innocent Victims : So now there is no money left for the Syrian refugees created by the civil war fomented and fanned for years on end by Western governments. (Who, bizarrely, then prosecute any of their citizens who go off to fight in the war their governments promote as a noble and worthy cause.) For want of $64 million - the amount of money the US spends in an eyeblink on its drone campaigns and death squads, the kind of money that's just chump change for, say, oligarchs who prowl the world destabilizing governments and monetizing misery for their own pockets - the UN says it must halt a vital support program for Syrian refugees."

I like the way the Mirror reported this story: "Cancer caused by 'bad luck' more than 'lifestyle choices' according to shock new study"

Gotta admit, I got a fine giggle over the Muslim City of Birmingham story. I always get a chuckle out of the tales of Sharia law haunting the streets of London.

Blasts from the past:
- Pete Hamill, 1969, "The Revolt of the White Lower Middle Class [...] The White Lower Middle Class? Say that magic phrase at a cocktail party on the Upper East Side of Manhattan and monstrous images arise from the American demonology. Here comes the murderous rabble: fat, well-fed, bigoted, ignorant, an army of beer-soaked Irishmen, violence-loving Italians, hate-filled Poles. Lithuanians and Hungarians (they are never referred to as Americans). They are the people who assault peace marchers, who start groups like the Society for the Prevention of Negroes Getting Everything (S.P.O.N.G.E.), the people who hate John Lindsay and vote for George Wallace, presumably because they believe that Wallace will eventually march every black man in America to the gas chambers, sending Lindsay and the rest of the Liberal Establishment along with them. Sometimes these brutes are referred to as "the ethnics" or "the blue-collar types." But the bureaucratic, sociological phrase is White Lower Middle Class. Nobody calls it the Working Class anymore."
-2009, "The High Cost of Poverty: Why the Poor Pay More"

I'm not sure how to sum up this little story without spoilling it, but it's the kind of thing you always wish would happen - and, apparently, it did.

"Once-In-A-Lifetime Chance To Spot The Green Glow Of Comet Lovejoy - Chance would be a fine thing for a clear night and remembering to go out and look.

I think these photos are meant to be someone dancing with clouds of powdered coffee creamer.

A love story told in lattes

Toolbox in your hair