Take my hand as the sun descends 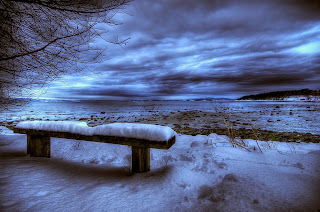 I'm cold. And I am going to be a little busy for the next few days. Wish me luck.

"Barrett Brown Sentenced to Five Years, Vows to Keep Investigating Government Wrongdoing [...] 'The U.S. government decided today that because I did such a good job investigating the cyber-industrial complex, they're now going to send me to investigate the prison-industrial complex,' Brown said mischievously in a written statement following his sentencing. 'For the next 35 months, I'll be provided with free food, clothes, and housing as I seek to expose wrongdoing by Bureau of Prisons officials and staff and otherwise report on news and culture in the world's greatest prison system.' 'Wish me luck!' he added."

There is simply no excuse for Hugging the Saudi floggers

Nice take-down by Alex Pareene of Jonathan Chait's latest freak-out against political correctness - or rather, of people failing to show proper respect for Jonathan Chait. And Glenn Greenwald said: "It would be wonderful on one level if all criticisms were expressed in the soft and respectful tones formalized in the U.S. Senate, but it's good and necessary when people who wield power or influence are treated exactly like everyone else, which means that sometimes people say mean and unfair things about you in not-nice tones. Between erring on the side of people with power being treated with excess deference or excess criticisms, the latter is vastly preferable."

12-Point Platform - I think I might quibble with this but it's good for thinking about.

"Prize-Winning Animation Lets You Fly Through 17th Century London" - Strangely reminded me of the Ankh Morpork simulation in Second Life.

We haven't had much news lately from the shadowy Gnome Liberation Front, but I think we may know who is stirring up all the trouble.

Susie Bright at the church of Patti Smith