Hate your next-door neighbor, but don't forget to say grace 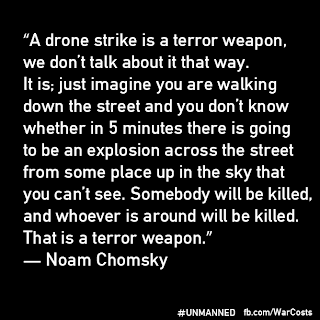 If you can get into the iPlayer, The One Show followed up with the mood on the morning after. (And even if you can't get into iPlayer, here's "Both Sides the Tweed" in full.) Only three precincts voted Yes. That came as a surprise to a lot of people, but folks in the Orkneys don't expect any more from the elite of Scotland than they do from those toffs in Westminster.

Meanwhile, you might not expect it to be good news when the court rules that Kansas must remove the Democratic candidate from the ballot, but it's actually great news.

At Angry Bear:
Beverly Mann on "Freedom! Liberty! And Being For the Little Guy. As Brought to You By the Conservative Movement"
Edward Lambert, "In Praise of Net Social Benefits [...] The low Fed rate increases the existence of low road firms, as Bruce Kaufman calls them. The result is that they impede healthy organizational investments for long-run growth. Thus, net social benefits are reduced."
Stephanie Kelton on Government big and small

Via "Eschaton:
After Surgery, Surprise $117,000 Medical Bill From Doctor He Didn't Know [...] In operating rooms and on hospital wards across the country, physicians and other health providers typically help one another in patient care. But in an increasingly common practice that some medical experts call drive-by doctoring, assistants, consultants and other hospital employees are charging patients or their insurers hefty fees. They may be called in when the need for them is questionable. And patients usually do not realize they have been involved or are charging until the bill arrives."
"Lost in the Hedges: Fund players, not casino experts, behind majority of A.C.'s failed rescues."
"Israel's N.S.A. Scandal [...] Mr. Snowden stressed that the transfer of intercepts to Israel contained the communications - email as well as phone calls - of countless Arab- and Palestinian-Americans whose relatives in Israel and the Palestinian territories could become targets based on the communications. 'I think that's amazing,' he told me. 'It's one of the biggest abuses we've seen.'"

"To recline your seat or not? Stop arguing. Capitalism already won this stupid war" - Toldya.

This is a couple of years old, but Kevin Phillips was a big deal operative in the Republican Party and they say he wrote the book, and here he tells Democracy NOW! why he's become an apostate. "Well, I think the Republican Party today is not very sure of what it is. It is a little bit too interested in upper-bracket America. But I think the party system as a whole has drawn away from its moorings. You have a Democratic president supporting the bailouts of banks. The history of the Democratic Party, under Jefferson, Jackson and FDR, was to crack down on the banks. So I think you have both parties today don't stand for very much aside from self-interest, and they're mostly involved in hustling money from the 20 or 30 richest zip codes in the country."

This is for fans of Harley Quinn.

Paper Sculptures by Hari & Deepti
Pin-ups - retro cheesecake.
Nils Frahm's "Inside Me" is a bunch of pretty swirls.