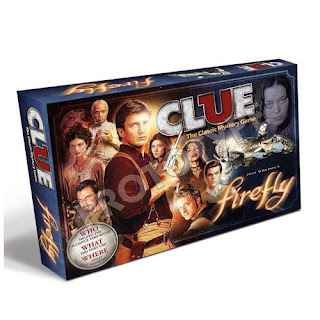 OK, the reason Scots want independence from Westminster is that Westminster is being run by a load of right-wing scum that seems to take special pleasure from screwing Scotland. (Well, Maggie sure did.) Of course those people are also screwing most of the people in England, which is now a runaway train, thanks in large part to the way the Labour Party membership has allowed their own party to be run by people who may not be capital-C Conservatives but are certainly Tories. Which sounds a lot like American politics, of course, except that there doesn't seem to be much threat of, say, California declaring itself an independent nation and taking it's Democratic votes in the Electoral College with it. A lot of people are fretting that without Scotland, England will be stuck with Conservative governments forever, but that is true only to the extent that everyone is happy to let neoliberal policies keep marching on without an argument. The question, judging from the kinds of arguments some of my friends are having, is whether the answer is a new generation of Labour members banding together to take back their party on behalf of real people, or whether creating a new party is the more feasible path to that end. Again, sounding familiar. In both cases, of course, nothing is going to work unless people are prepared to fight the right-wing rhetoric, as well as the policies, with something more than fevered angst.

"California School Cops Received Military Rifles, Grenade Launchers, Armored Vehicles. [...] The spokesperson said one reason the school district sought the military gear was to prepare for a mass shooting incident like Columbine High School or Sandy Hook Elementary School." Because that would have worked so well to prevent those incidents.

You know, it used to be understood that you didn't want to allow foreign powers to be able to put their influence into American elections because, you know, they might not have America's best interests at heart. That's one reason we used to expect transparency in campaign donations, among other things. So...
"SEC Inundated by One Million Requests for Corporate Campaign Contribution Transparency: On September 4, Public Citizen held a news conference to urge the Securities and Exchange Commission (SEC) to consider a rule that would prohibit corporate campaign contributions from being cloaked in secrecy. The organization announced that one million people in the United States had either sent formal comments to the SEC or signed a petition to bring transparency to corporations contributing shareholder-owned funds to elections without full disclosure."
Foreign Powers Buy Influence at Think Tanks.

Marcy Wheeler, "Awlaki Really Seems to Have Been Drone-Killed Exclusively on Presidential Authority [...] Man. It's just like they kept throwing legal arguments against the wall in hopes that one saying 'You can kill Americans with no due process' would stick. And since this one is not signed, we may never know what lawyer gets rewarded with a lifetime judicial sinecure!"

Matt Stoller, "5 Reasons for the Zephyr Teachout Phenomenon, and 5 Reasons Andrew Cuomo Is Still Governor" - Cuomo had a lot more money to spend than Teachout did, but he won with "a shockingly low percentage of the vote, roughly 20 points less than Spitzer got in his primary for Governor in 2006." That makes a real difference not just in New York, but in national politics, as well. And more could come, if people know how to take advantage of this.

I don't know if the book is any good, but "Give the Anarchist a Cigarette" is the video for Peak Inequality: The .01% And The Impoverishment Of Society.

I think there may be someone sane on the editorial board of The Washington Post, but they didn't have any input into this cheerleading for holy war.

"Police intelligence targets cash" - This is a big profile in The Washington Post of a guy who has made a lot of money out of going after suspected drug dealers of color. It's also about the profitability of asset confiscation.

Actually, I think everyone should be whining about the way airlines are packing people into tin cans like sardines and making us all fight for space in such increasingly unpleasant surroundings. Air travel did not used to be Hell, and there is no reason it should be, now. Before deregulation, fear of flying was about the actual being thousands of feet off the ground held up only by theories part of flying, and not about being crammed in with a bunch of people who had already been aggravated repeatedly at the airport and now couldn't even stretch their legs, let alone find room for their carry-on luggage (which now has to be much smaller than it used to be and your handbag has to fit into it). I don't blame people wanting to put their seats back (although I never do unless the person in front of me has, partly because it isn't really that much more comfortable and partly because I don't want to force the person behind me to do the same), and I really don't blame people for wanting to stop the person in front of them from putting their seat back. Flying shouldn't be this unpleasant in the first place, it didn't used to be, and, by the way, before deregulation, the airlines used to make real profits and did so without so seriously underpaying their flight staff that they had to get flood stamps. When I hear about people fighting over space in a plane, I know where to point the finger, and it isn't at the passengers.

I've never actually had any stomach for the "principled stand" of showing deference among the boys, even fairly liberal Democrats, to right-wing guys who might be, y'know, John Ashcroft or Michael Boggs. Principle would surely mean refusing to vote for someone who clearly does not belong on the bench, wouldn't it?

At Naked Capitalism, "All in the Family: How the Koch Brothers, Sheldon Adelson, Sam Walton, Bill Gates, and Other Billionaires Are Undermining America [...] There is no Tycoon Party in the U.S. imposing ideological uniformity on a group of billionaires who, by their very nature as übermensch, march to their own drummers and differ on many matters. Some are philanthropically minded, others parsimonious; some are pietistic, others indifferent. Wall Street hedge fund creators may donate to Obama and be card-carrying social liberals on matters of love and marriage, while heartland types like the Koch brothers obviously take another tack politically. But all of them subscribe to one thing: a belief in their own omniscience and irresistible will."

I enjoy a lot of Russell Brand's analysis, which isn't at all stupid, but he still makes me think of every person I've run into, left or right, who imagines the answer to bad politicians is to walk away. When Brand brags that he doesn't vote, he's erecting a fantasy in which sheer magic will take down the corrupt, ugly system that's been built up around us. So, don't vote, don't organize, don't come up with a coherent response to what the bad guys are doing, just...what? Wish for it? And that's precisely the ground on which fascism grows.

The title of this article should actually be something like, "Don't leave ripe tomatoes on the counter for four hot days."

Painted Ladies - I love this stuff.

Truth is Beauty, a spectacular sculpture by Marco Cochrane

Steve Simels made me listen to this, and it truly rocks.

And, in case you're wondering, here's the Box Tops and Alex Chilton really not getting into the spirit of lip-syncing "The Letter".