Make me an angel 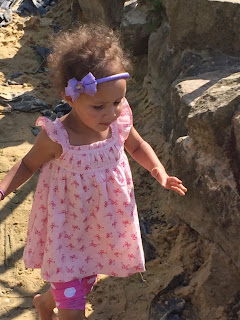 Last week's guests on Virtually Speaking Sundays were David Dayen (dday) and David Waldman (KagroX), who discussed the hollowing out of the middle class in a slow growth economy, a solution for the absurdly high college tuition and student loan burdens as an example of counterproductive public policy, and #gunfail. And I was already going to link this story they discussed:
He got disgustingly rich by seeing the emerging patterns and knowing where to bet, and now Nick Hanauer says, "The Pitchforks Are Coming - For Us Plutocrats [...] But let's speak frankly to each other. I'm not the smartest guy you've ever met, or the hardest-working. I was a mediocre student. I'm not technical at all - I can't write a word of code. What sets me apart, I think, is a tolerance for risk and an intuition about what will happen in the future. Seeing where things are headed is the essence of entrepreneurship. And what do I see in our future now? I see pitchforks."

I hadn't been aware of the nanny from Hell story, but as Atrios points out, it's a real mark of how much we value kids that we expect to pay their caretakers (nannies or mothers) nothing. Don't like paying teachers much, either, for that matter. And Thursday, Sheila Bapat was on Virtually Speaking with Jay Ackroyd to discuss Economic and gender justice are the focus of Part of the Family? Nannies, Housekeepers, Caregivers and the Battle for Domestic Workers' Rights (reviewed here). Note that Alito actually invented a new category of employee just to prove that he is either stupid beyond credence or will literally say anything, no matter how nonsensical, to get an anti-union ruling out of it.

"Flawed Oversight Board Report Endorses General Warrants [...] The board skips over the essential privacy problem with the 702 'upstream' program: that the government has access to or is acquiring nearly all communications that travel over the Internet. The board focuses only on the government's methods for searching and filtering out unwanted information. This ignores the fact that the government is collecting and searching through the content of millions of emails, social networking posts, and other Internet communications, steps that occur before the PCLOB analysis starts. This content collection is the centerpiece of EFF's Jewel v. NSA case, a lawsuit battling government spying filed back in 2008. The board's constitutional analysis is also flawed. The Fourth Amendment requires a warrant for searching the content of communication. Under Section 702, the government searches through content without a warrant. Nevertheless, PLCOB's analysis incorrectly assumes that no warrant is required. The report simply says that it 'takes no position' on an exception to the warrant requirement when the government seeks foreign intelligence. The Supreme Court has never found this exception."

It would be nice to replace the creeps in the Supreme Court with people who are better, but that doesn't usually happen unless other things happen first. It's a mistake to just wait on the Supreme Court. It's also crazy-making to have people talk about how important it is to have a Democrat in the White House to make sure crazy judges don't get appointed when we elect Democrats who go out of their way to protect the nomination of someone like Roberts. Roberts is a radically crazy judge and that was obvious from the outset. People really have to stop thinking that sociopaths can't come in the form of soft-spoken or mild-mannered folk; actually, it is the mark of a really effective sociopath that they don't foam at the mouth.

Charlie Pierce, "The United States Of Cruelty: We are cheap. We are suspicious. We will shoot first. It does not have to be this way. Like Lincoln before us, it is time to do something about it."

Some people complained that they couldn't get the Beth Schwartzapfel Great American Chain Gang piece, so here's the direct link for "Modern-Day Slavery in America's Prison Workforce" in The American Prospect.

Annie Lowrey in the NYT, "Recovery Has Created Far More Low-Wage Jobs Than Better-Paid Ones" The deep recession wiped out primarily high-wage and middle-wage jobs. Yet the strongest employment growth during the sluggish recovery has been in low-wage work, at places like strip malls and fast-food restaurants. In essence, the poor economy has replaced good jobs with bad ones. That is the conclusion of a new report from the National Employment Law Project, a research and advocacy group, analyzing employment trends four years into the recovery.

Surviving the 'Pit of Vipers'

The Guardian, 100 years ago: "'It is not to be supposed,' wrote a correspondent for the Manchester Guardian analysing the significance of the assassination 100 years ago on Saturday, 'that the death of the Archduke Francis Ferdinand will have any immediate or salient effect on the politics of Europe.'"

"Orphan Black Embodies the Female Gaze Better than Anything Else on Television: As a show chiefly concerned with the ways women's bodies are commodified and controlled, Orphan Black is careful not to view its female characters with that same hungry eye. This is a triumph: On so many shows, the camera works at cross-purposes to the high-minded themes."
"Fandom Fixes: Don't over-dude it, Orphan Black [...] Orphan Black is also the TV embodiment of the modern LGBT community's most perplexing question: Are we born this way? It takes that Pride anthem and flips it on its head, offering up clones created from the exact same DNA who have completely different ideas about sexuality and gender. 'Sexuality is a spectrum,' Delphine says in season one, after finding herself attracted to Cosima. 'But social biases codify sexual attraction, contrary to the biological facts.' And that certainly seems to be Cosima's take on it as well. She's attracted to who she's attracted to. 'It's the least interesting thing about me,' she says."

Yes, kids get into everything.

Who's the mastermind behind this?

Where armor meets corset - and before you ask, yes, they are leather.

When radiologists take a selfie

Well, I had no idea that Harlan was a Scooby-Doo! character. It's the kind of thing you just have to look up.