It's a long, long way to Paradise 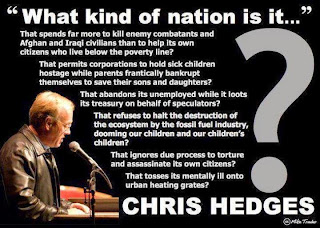 - In The Nation, "The Real Reason Pot Is Still Illegal [...] People in the United States, a country in which painkillers are routinely overprescribed, now consume more than 84 percent of the entire worldwide supply of oxycodone and almost 100 percent of hydrocodone opioids. In Kentucky, to take just one example, about one in fourteen people is misusing prescription painkillers, and nearly 1,000 Kentucky residents are dying every year. So it's more than a little odd that CADCA and the other groups leading the fight against relaxing marijuana laws, including the Partnership for Drug-Free Kids (formerly the Partnership for a Drug-Free America), derive a significant portion of their budget from opioid manufacturers and other pharmaceutical companies. According to critics, this funding has shaped the organization's policy goals: CADCA takes a softer approach toward prescription-drug abuse, limiting its advocacy to a call for more educational programs, and has failed to join the efforts to change prescription guidelines in order to curb abuse. In contrast, CADCA and the Partnership for Drug-Free Kids have adopted a hard-line approach to marijuana, opposing even limited legalization and supporting increased police powers."
- In The Daily Beast, "Why Did America's Only Pot Researcher Suddenly Get Fired?" - They don't say so, but I'm willing to bet that Nation article could help them answer that question.

At Black Agenda Report, Bruce Dixon on "Why Elections Still Matter, Except When They Don't".

"Monsanto's Herbicide Linked to Fatal Kidney Disease Epidemic: Could It Topple the Company?" I really hope something will, because it's become increasingly obvious that Monsanto is doing more harm than good.

Noam Chomsky has some advice for people who support the Palestinians, but that whole two-state solution thing seems a bit dead to me what with what's left after the settlements. I'm not the only one who is starting to think that way.

Via some High Snark from Atrios, here's Kevin Drum baying, "The NSA Said Edward Snowden Had No Access to Surveillance Intercepts. They Lied."

Kentucky court strikes down gay marriage ban. Judge: "These arguments are not those of serious people."

"How is this painting 'pornographic' and 'disgusting'? You might think that in an art world that encompasses the Chapman brothers' phallus-nosed children and Jeff Koons' lascivious studies of La Cicciolina (sample title: "Dirty Jeff On Top"), you would have to sweat blood to produce a work so offensively sexual it would be ejected from a top London gallery. This, however, was the fate meted out to Leena McCall's Portrait of Ms Ruby May, Standing, which was removed from the Society of Women Artists' 153rd annual exhibition at the Mall Galleries after being deemed "disgusting" and "pornographic", according to the artist."

I don't know whether to call this one "RIP" or "Independence Day" since it's really rather a relief that Richard Mellon Scaife kicked the bucket on the 4th of July, one day after his 82nd birthday. Few men have wreaked such destruction on America as Scaife did by financing his far-right gravy train of lies and distortions; beside his works, 9/11 is barely a squib. The Guardian's obituary is more polite, but Counterpunch pulls fewer punches, which is as it should be.