Your circuit's dead, there's something wrong 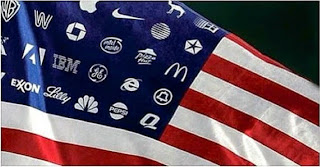 Marcy Wheeler was this week's guest on Virtually Speaking with Jay Ackroyd. For background, you might want to check out Marcy's "Why USA Freedumber Doesn't End (What You and I Think of as) Bulk Collection", "The Source of the Intelligence Legitimacy Problem", "No Protection For International Communications: Russ Feingold Warned Us" and all the other stuff on spies she has up at Emptywheel. Of note is "The Disturbing Paradox of the David Barron Nomination". It's amazing how helpless Obama is to appoint good nominees and yet still manages to appoint bad ones.

Stephanie Kelton joined Sam Seder Thursday to talk about how money works, on The Majority Report.

"Barack Obama, Wall Street co-conspirator" - It's nice to see Sirota has come to grips with the issue. "Of course, that many can and do see him as something else is proof that Obama's cynical political formula works - and works well. As I wrote in my column last week, he seems to know that in a short-attention-span country where the electorate focuses more on TV packaged rhetoric than on reality, he can give tough-sounding speeches and be widely credited as 'tough on Wall Street' - even if he isn't doing anything to stop financial crime. He also seems to know that liberals, in particular, want to believe 'their guy' is trying to do the right thing, even when he's trying to do the opposite. He knows that for many liberals, it is simply too painful to admit 'their guy' is often as duplicitous and destructive as their sworn GOP enemies - and so he knows he probably will face no real opposition movement among the voters who put him in office. "

Dean Baker, "Robert Samuelson Wants Us to Default on the National Debt: Actually, he probably doesn't, but that would be the logic of his complaint (taken from Gene Steuerle) that "dead men" have established priorities for federal spending. After all, dead men made the decision to borrow the money that constitutes the debt, which thereby obligates the country to pay back the interest and principal. But Samuelson's complaint is not about the interest and principal being paid back to rich people like Peter Peterson, Samuelson is upset about the money being paid out to ordinary workers (mostly retirees) for Social Security, Medicare, and Medicaid."

It's pretty amazing that a grown man could believe some of the crap that comes out of the Chicago School boys. The idea that health care is exactly the same as the automobile market is so bananas that even David Cameron - David Cameron! showed them the door when they proposed it.

New Obamacare Loophole Shows Failure of For-Profit Health System: "This new rule to limit payments for needed medical procedures is a reminder of everything that is wrong with our profit-driven healthcare system."

Digby says there's "No hope and change for mortgage relief: If you've been reading Dave Dayen's work over the past few years (and I know you have) then you already know the details of what went wrong with housing policy in half a dozen different ways. It's not a pretty picture. Today legislative expert Sarah Binder summarizes one of the more depressing aspects of the failure: the administration's strange unwillingness to push for "cramdown" --- the mortgage relief program which had been widely assumed, even by the banks, to be a done deal."
Also at Hullabaloo, David Atkins alerts us to a worthy NPR report on increasing court fees that further disadvantage the poor. The logic of the poor house seems to have overtaken our "justice" system with startling effectiveness. "Defendants are charged for a long list of government services that were once free - including ones that are constitutionally required."
Also from Digby, collusion between the NSA and the DEA - spying on everyone in the world is not just for terrorism anyone. As if it ever had been.

Commenter ksix points to an article on "Five things you need to know about Credit Suisse's criminal charge" and notes that, yes, it's hard to want to see your friends go to prison, but you do choose what kind of friends you will have.

To recap: Obama tried to get Congress to have a commission to worry about the important work of "reducing deficits" (aka cutting or privatizing Social Security). Congress wanted nothing to do with it (because it's a stupid idea) and was smart enough to ignore him. So Obama put his own commission together stacked with anti-Social Security crackpots and housed by uber-SS-hater Pete Peterson. Even they couldn't manage to agree to screw up Social Security, so Erskine Bowles and Alan Simpson wrote a letter saying we should really do some nice destructive things to the economy and, fortunately, nothing happened except some windbags continuing to insist that we really really really need to do something about "entitlements". And David Brooks apparently thinks that's just what we need more of!

50 years on: The reason conservatives hated Great Society programs is because they worked.

It's just amazing to me that it's taken this long for women to be included in pharmaceutical testing. I've been complaining about this since at least the '70s and I really had thought by now that no one would assume that tests on males were sufficient to account for female responses to drugs. Just another example of how people are so busy inventing false differences between men and women that they keep forgetting the real ones. (And now I see PZ Myers has picked up on this one, too. This reminds me of the argument about using "he" as the default general pronoun, even though it produced nonsense sentences and phrases.)

"Fine Line Seen in U.S. Spying on Companies" via Atrios, who notes that this service is not going to be available to a little guy with a big idea, but to a big guy with a a lot of power.

"AR-Gov: Asa Hutchinson (R) Turned Away from Polls Because of Voter ID Law: Asa Hutchinson was turned away from the polls because he didn't have proper ID as required under Arkansas's Voter ID Law. Given Asa's support for making it harder for Arkansans to cast a ballot, you'd think he would have been prepared to produce his ID at the polls."

Valued Sideshow commenter Jcapan recommends "Western intervention will turn Nigeria into an African Afghanistan" the "best thing I've read about Boko Haram", and Ian Welsh's "Equal Rights to Profit from Impoverishing People and Causing a Great Extinction Event" as the best reaction to the firing of Jill Abrahmson.

My favorite headline of the week

Sudden extreme homesickness: I just made a typo on YouTube and accidentally discovered an advertisement for something I had never seen an advertisement for previously. It used to just be one restaurant I first learned about when, um, well, when my friends were stoned and had the munchies and remembered that I had a car and phoned me up and convinced me to come pick them up and drive them to Adelphi. When I was in college and feeling flush and wanted to treat myself - or a friend was feeling flush - we would stop there on the way home to pick one up. (But only if we had enough time on our hands for what seemed an excruciatingly long wait.) Then at some point we discovered that another restaurant had been given a franchise to serve the miraculous dish. And one day, after I moved to London, my brother picked me up at Dulles when I went home for a visit and drove directly to something that hadn't existed before: They'd opened a restaurant in Wheaton, not far from his house! Wait, they have an advertisement now? But Wikipedia tells me that, "There are now over 100 restaurants in Maryland, Virginia, North Carolina, Georgia, West Virginia, Delaware, South Carolina, and Florida." I can't believe anyone living within a 20-minute trip to a Ledo's would even think of going anywhere else for pizza. How could you?

I'm pretty sure I already posted the original link to this, but I'm posting this one because David Bowie or his lawyer or someone is being a jerk.