Only the echoes of my mind 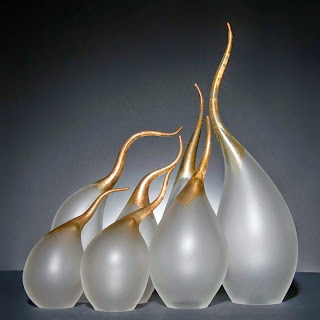 Avedon Carol and Stuart Zechman are tonight's panelists on Virtually Speaking Sundays. We will probably talk about net neutrality and maybe this:
I actually listened live to the Munk Debate with Glenn Greenwald and Alexis Ohanian versus Michael Hayden and Alan Dershowitz, which was action-packed adventure. You can watch it on YouTube, and the debate vote results are here. I think it's fair to say that Hayden talked rubbish and Dershowitz was sheer sophistry. Glenn gets in a nice kicker toward the end that completely refutes any arguments about the security of the system, which is simply that Snowden did what he did and there was nothing in the system that prevented that. Marcy Wheeler has posted a little fact-check on Hayden.

"Justice Scalia Makes Epic Blunder In Supreme Court Opinion [...] The problem: the EPA's position in the 2001 case was exactly the opposite. The agency was defending its refusal to consider cost as a counter-weight to health benefits when setting certain air quality standards. It was the trucking industry that wanted the EPA to factor in cost. The 9-0 ruling sided with the EPA. The author of the ruling that Scalia mischaracterized? Scalia himself." Musta been one of them senior moments.

"The Rise of Corporate Impunity [...] But the crackdown never happened. Over the past year, I've interviewed Wall Street traders, bank executives, defense lawyers and dozens of current and former prosecutors to understand why the largest man-made economic catastrophe since the Depression resulted in the jailing of a single investment banker - one who happened to be several rungs from the corporate suite at a second-tier financial institution."

"US death row study: 4% of defendants sentenced to die are innocent: Deliberately conservative figure lays bare extent of possible miscarriages of justice suggesting that the innocence of more than 200 prisoners still in the system may never be recognised."

"Alex Pareene Joins Matt Taibbi's New Digital Magazine as Executive Editor" - First Look seems to be scarfing up every journalist who's worth the candle. I hope Rolling Stone and Salon nurturing new ones to replace them who will be in the same class, 'cause I hate to see all the eggs end up in the same basket. (Also, I hate it that FL's homepage doesn't link directly to The Intercept. It should have links to any of its magazines right there.)

Atrios has Free Advice For Republicans - with a handy graphic!

"Why can't we just get back to the good ol Reagan times?"

Toles on the fundamentals of the economy

"The curious tale of the economist and the Cezanne in the hedge" - Thank you, Mr. Keynes.

Optical illusions at the beach

The version of "Everybody's Talkin'" that isn't a cover.