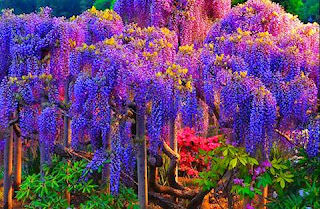 David Waldman and Stuart Zechman will probably be talking about guns and gunfail on this week's Virtually Speaking Sundays. Stuart may very well take issue with the idea of being anti-self-defense. But actually, despite Jay Ackroyd's obsession with KagroX's #gunfail habit, David is good on some other issues I hope they'll be talking about, too.
David Cay Johnston discussed Divided: The Perils of Our Growing Inequality on Virtually Speaking with Jay Ackroyd.

Well, Geithner managed to score Atrios' World's Worst Human award, and he links to Michael Hitzik's article in the LAT, "What Tim Geithner doesn't know about Social Security is ... shocking : Could Tim Geithner really not know that Social Security doesn't contribute to the deficit?"
Meanwhile at Salon, David Dayen continues his mission of making sure no one believes the story the World's Worst Human is trying to tell about himself, with "This man made millions suffer: Tim Geithner's sorry legacy on housing."
Felix Salmon says Geithner is an unreliable narrator.
I'm thinking Geithner's book doesn't say much about how he and Summers engineered the crisis in the first place.

The FCC's Net Neutrality Proposal Is Out: It's Time to Make Our Voices Heard
House Democrats aren't supporting Big Cable like they did in 2010
Somehow, Activists Have Put Protecting Net Neutrality Back on the Agenda

"The touching, eternal optimism of liberal hawks: As the response to the kidnapping of several hundred Nigerian schoolgirls has grown from hashtag activism to full blown international incident, the calls for action have become increasingly bellicose. Some of those calls have revealed (once again) a deeply rooted militaristic streak in America, one that transcends political affiliation. [...] "

"Kidnapped Girls Become Tools of U.S. Imperial Policy in Africa" - Glen Ford tells you more than you're supposed to know about the madness of Boko Haram, and how it got that way.

Mad Cops:
"Cop Shoots Dead an Unarmed, Tased and Subdued Teen, 'We don't have time for this' Bang!"
"Cop Who Zip Tied, Tortured, & Beat His Daughter Daily is Trying to Stay Out Of Jail"

We know that the spy program was going on at least as early as February of 2001. It's well-known. We don't get to forget this. So why does everyone - and I do mean pretty much everyone - talk about it as having been instituted "because of" or "after" September 11th of 2001? Because that just isn't true.

Obama's Worst Judicial Nominee - Maybe it's time we all ask Pat Leahy why he is so busy giving so much power to the Republicans?

"Why a Principled Left Should Support the Benghazi Inquiry [...] One would think that those on the left would support this inquiry, as limited and partisan as it will be, on the democratic principle that the people have a right to know what occurred before, during and in the aftermath of the attack. But even more importantly, by demanding a more comprehensive examination of all the activity of the U.S. in Libya in the aftermath of the destruction of that state, including the mission of the CIA in Benghazi, the left can and should raise serious questions that expose the dangerous strategy of empowering anti-democratic, right-wing forces, from al Qaeda-connected jihadists in Syria to neo-fascists in Ukraine."

"Jill Abramson fired for seeking equal pay: Report: The announcement, today, that Jill Abramson was departing her job as executive editor of the New York Times prompted much speculation across the media. Abramson, appointed in 2011, had enjoyed a relatively brief tenure and one riven by nasty, critical coverage, particularly in Politico. Howard Kurtz, a Fox News media reporter, noted that there's 'Gotta be a backstory there.' Ken Auletta of the New Yorker has reported on Abramson in the past, and today reports that there indeed was: that Abramson recently learned her pay package was not commensurate with that of her predecessor, Bill Keller, and sought parity. Auletta reports: 'She confronted the top brass,' one close associate said, and this may have fed into the management's narrative that she was ‘pushy,' a characterization that, for many, has an inescapably gendered aspect.' The counterargument to Abramson's pay request, predictably, is that ownership did not want to outlay more money in a difficult time for print media, but in an update, Auletta notes that a deputy of Abramson's, a man, made more money than she did while she was managing editor." Romenesko has more. Pierce has a few words of his own for the Times brass. But Wonkette wins this one.

"The court that created the patent troll mess is screwing up copyright too [...] The Federal Circuit is the court that hears appeals in all patent cases. Over the last three decades, it has shown a consistent bias in favor of patent holders, setting legal precedents that made the current patent troll problem possible."

Henry A. Giroux | Noam Chomsky and the Public Intellectual in Turbulent Times

Correlations - This is fun.

I just love this picture.