Moonlight through the pines 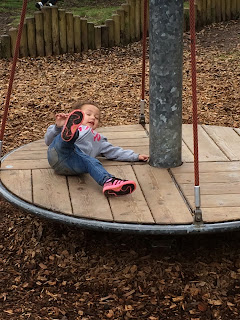 Chris Hedges, Noam Chomsky, Daniel Ellsberg, Alexa O'Brien and others sue Obama over a clause of the NDAA. "The Barack Obama administration, determined to thwart the attempt by other plaintiffs and myself to have the courts void a law that permits the military to arrest U.S. citizens, strip them of due process and indefinitely detain them, has filed a detailed brief with the Supreme Court asking the justices to refuse to accept our petition to hear our appeal."

"US Is an Oligarchy Not a Democracy: 'Despite the seemingly strong empirical support in previous studies for theories of majoritarian democracy, our analyses suggest that majorities of the American public actually have little influence over the policies our government adopts. Americans do enjoy many features central to democratic governance, such as regular elections, freedom of speech and association, and a widespread (if still contested) franchise. But, ...' and then they go on to say, it's not true, and that, 'America's claims to being a democratic society are seriously threatened' by the findings in this, the first-ever comprehensive scientific study of the subject, which shows that there is instead 'the nearly total failure of 'median voter' and other Majoritarian Electoral Democracy theories [of America]. When the preferences of economic elites and the stands of organized interest groups are controlled for, the preferences of the average American appear to have only a minuscule, near-zero, statistically non-significant impact upon public policy.'"

Digby on the Oligarchy, complete with a link to Phil Agre's indispensable 2004 article, "What Is Conservatism and What Is Wrong with It?", which has been on my sidebar forever and gets frequent links on the front page because everyone should read it and recommend it.

At Suburban Guerrilla
David Cay Johnson on Too Big to Jail
Krugman on Gordon Gekko's daughter and America's inherited wealth problem - I can see why Susie excerpted this, but Naked Capitalism has the full interview with some commentary, and there's an article called "What the 1% Don't Want You to Know" with it over at the original Moyers page.
Oklahoma wants to charge homeowners who install their own solar panels

Thom Hartmann in Salon, "Reaganomics killed America's middle class [...] You can see this trend today in America. When we had heavily regulated and taxed capitalism in the post-war era, the largest employer in America was General Motors, and they paid working people what would be, in today's dollars, about $50 an hour with benefits. Reagan began deregulating and cutting taxes on capitalism in 1981, and today, with more classical 'raw capitalism,' what we call 'Reaganomics,' or 'supply side economics,' our nation's largest employer is WalMart and they pay around $10 an hour. [...] According to Piketty, the post-World War II middle class was created by two major things: the destruction of European inherited wealth during the war and higher taxes on the rich, most of which were rationalized by the war. This brought wealth and income at the top down, and raised working people up into a middle class."

Schneier's Crypto-Gram includes lots of meaty stuff, including what the public-private partnership means to cyber security and privacy, and what IBM doesn't say.

This story makes no sense at all: "NBC hired a ‘psychological consultant' to find out what is wrong with David Gregory's ratings [...] Last year, the network commissioned a psychological consultant to interview Gregory's friends and wife. According to a network spokeswoman, Meghan Pianta, the network wanted 'to get perspective and insight from people who know him best,' a project some at the network found unusual given his almost 20 year tenure at NBC." Funny they didn't ask the viewers and non-viewers, who might actually know.

"Inspired by the Daily Mail's brave exposé of the fact that charities will give emergency food packages to undercover journalists fraudulently claiming to be destitute and hungry," The Daily Mail Timeline of Shame.

A really small fish makes the case against despair.

This is probably the only truly credible threat I have heard about Al Queda since 9/11. "FBI Uncovers Al-Qaeda Plot To Just Sit Back And Enjoy Collapse Of United States: WASHINGTON - Putting the nation on alert against what it has described as a 'highly credible terrorist threat,' the FBI announced today that it has uncovered a plot by members of al-Qaeda to sit back and enjoy themselves while the United States collapses of its own accord."

"Farscape Creator Confirms That A Movie Script Is In The Works."

This is not the ad I saw previously when I clicked that Steam Powered Giraffe link, but I decided I wanted to play the song again and was instantly mesmerized by the new ad.