Out of touch with the rhythm and blues 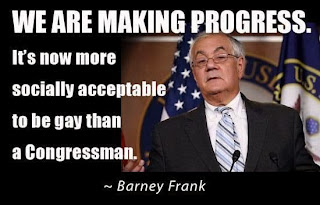 Four years ago, Obama said this:

So the point I'm making -- and Blanche is exactly right -- we've got to be non-ideological about our approach to these things. We've got to make sure that our party understands that, like it or not, we have to have a financial system that is healthy and functioning, so we can't be demonizing every bank out there. We've got to be the party of business, small business and large business, because they produce jobs. We've got to be in favor of competition and exports and trade. We don't want to be looking backwards. We can't just go back to the New Deal and try to grab all the same policies of the 1930s and think somehow they'd work in the 21st century.

What a pity our president doesn't read blogs, or he might have seen this a few months earlier:

Splitting banks into retail and investment banks, keeping brokerages and insurance companies separate as well is part of a solution set which kept major financial crises like the recent one from happening for most of the second half of the 20th century. It was put in place by people who were experiencing the Great Depression and had learned the lessons of the roaring 20s.

The inability of our decision makers, whether British, American, Canadian or otherwise to understand those lessons and take action is why it is inevitable at this point that we will have an economic collapse. It is, at this point, all but inevitable, not because nothing could be done to stop it, but because no one will do what it takes.

"Progressive linguist George Lakoff: 'Liberals do everything wrong.'" - Like giving sound-bites such as, "Liberals do everything wrong." Thank you, Mr. Lakoff. Another thing you could be doing wrong is confusing "liberals" and "progressives" with those talking heads on TV and those people in the Democratic leadership who might use those terms to refer to themselves but who are actually embarked on pushing arch-conservative policies to re-establish aristocracy and eliminate democracy, destroying hundreds of millions of American lives along the way. Because they can only hire so many servants and the rest of us are just a threat. The reason the "liberals" and "progressives" on your TV and in your newspaper are always nattering about things like "nuance" and how "complicated" things are is because they need to confuse you about their own complete lack of liberalism or progressivism. But Lakoff is right about one thing: We don't need to hedge, fudge, or produce statistics every time we want to say something, and we should be talking like real liberal policies are the only moral policies, because they are. It shouldn't be that hard to point out that killing people in order to make a few Malefactors of Great Wealth even richer is evil.

I keep seeing people linking to a Daily Beast article called, "No, Women Don't Make Less Money Than Men." The funny thing about it is that at no time does it actually show that women don't make less money than men, it just tries to explain it away. So it's really a "Women make less money than men because" story. It doesn't explain why certain professions that actually hurt society make more money than other professions that women are more likely to be in. It doesn't explain why in some jobs that are associated with men - say, doctors and lawyers - there are artificially imposed ceilings on the number of people who are certified to perform those jobs, thus creating more demand for them individually, which helps jack up their pay scales - just aside from the government allowing some of them to set their own pay scales so people have to pay them some ridiculous fees for their work. So they're trying to pretend that the "gender gap" in income doesn't exist because of sexism, it exists because of some natural thing that just happens to mean society is ordered in such a way that women are more likely to be paid less for their work, or move into uncompensated work for part of their careers, and it's all just an accident of nature or something. Except that women still end up making less money than men.

Here's Ian Welsh on "The Four Principles of Prosperity", and it's a reminder of how the perception of what economics is and what it's for have been changed over the last 30-odd years. But it's not just economics, it's everything. Over here a relative of Mister Tristan jumps off from the Loaves & Fishes graphic I posted to quote someone who begins, "It is hard for us to come to grips with just how different the Bible's assumptions about poverty are from that of the average American Christian. Which tells me that there's an easy assumption that Elitist Jesus has risen so high in the American pantheon that we don't even know about the other one - although, in fact, the Jesus who loved the poor and told the rich to give their riches away is the one the Boomers were raised on.

Atrios has been talking from time to time about the view of "The Poors And The Blahs" that shapes a lot of the right-tribe's feelings of resentment, and he's very smart on this. People honestly believe (because their political leadership is prone to imply it or say it outright) that certain people - certain people who are poor or black or foreign - are getting things that "real Americans" aren't able to get, even when they need just as much help.

Tom the Dancing Bug on the poor, persecuted rich.
- Obama wants your children to be as miserable as Korean children, because Americans just care too much about their kids.

It's actually old news that business is now focusing on either the rich or the underclass, because the middle class is just too small to bother with, but apparently newspapers are noticing, too.

"President of Uruguay Criticizes the Business Suit: 'We have to dress like English gentlemen!' exclaimed [Uruguay President Jose] Mujica, clad in a rumpled white shirt. 'That's the suit that industrialization imposed on the world! Even the Japanese had to abandon their kimonos to have prestige in the world,' he continued, gesturing forcefully and rapping a pen on the table to punctuate his words. 'We all had to dress up like monkeys with ties.' (via)

Lee Camp on The Shocking Truth About Black People

"How to Find out Anything from Anyone" - and, he doesn't say it, but it's why torture is pointless and stupid.

And now, a New Yorker cartoon.

If the wingers are boycotting Girl Scout Cookies, it's time for you to send me some mint cookies!

"This Anti-Skipping School Ad Is The Most Disturbing Thing I've Ever Seen." I have long believed that firms pay people to come up with PSAs that are so ridiculous they will have the opposite of the purportedly-desired effect, so that your average kid will be convinced their elders are making crap up to scare them out of doing perfectly harmless things (which is sometimes the case, but those anti-tobacco ads in comics looked geared to make kids roll their eyes).

Bloomberg, "The World's 200 Richest People End January With a $107 Billion Loss" - via Corrente.

"The Woody Allen Allegations: Not So Fast" - This article seems to have kicked up quite a fuss on the internet, with people unfriending each other and the usual recriminations that go with this sort of thing. Either you're willing to reserve judgment or you're an apologist for child abuse, or something. But since I've been on several sides of being the kid in the middle, I've gotta say that no amount of the reading I've done on this tells me what actually happened, because I've seen how carried-away people can get with this stuff, and I've seen how what goes on between the grown-ups can happen without anyone really paying attention to what's actually happening to the kid - all the while swearing they are doing it for the kid.

I read "Doctor Who: 10 Mind-Blowing Uses Of Foreshadowing You Never Noticed" but, frankly, my memory is so bad I can't remember half the stuff they're talking about.

Cory sez: "Campbellian anthology: more than 860,000 words of free fiction from new sf/f authors: A reader sends us The 2014 Campbellian Anthology, a free and DRM-free ebook (.epub and .mobi) with 111 authors eligible for the John W. Campbell Award for Best New Writer, and over 860K words of fiction." You can download them here.

I admit, I've never bought a Billy Joel album or gone to one of his shows, but I've never been one of his detractors, either - no one who knows music can say he isn't a talented man. He recently provided his audience with one of those perfect fan moments when he did a Q&A at Vanderbilt University and a student stood up and asked if he could play "New York State of Mind" with him. This is a nice one.