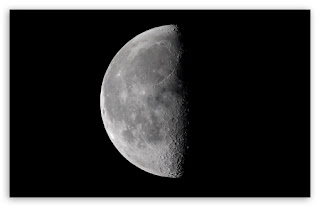 I wonder how much Obamapologists have to struggle to make themselves believe Obama "has to" keep pushing things so far to the right? I mean, his latest game is to make the sequester cuts more attractive to the war hawks by rescinding most of the DOD cuts while leaving all the domestic cuts intact. At the same time, he wants cuts in Medicaid that would directly rescind one of the few good parts of the health insurance bailout now known as Obamacare. Why, it's enough to drive Howard Dean crazy.

Bruce Schneier is in The Atlantic reminding you that the way to beat terrorism is to refuse to be terrified.

The Warren Effect: In a closed meeting last week, the agencies told Warren and Rep. Elijah Cummings that they could not provide documents Warren and Cummings requested about the specific violations by mortgage servicers, or the results of the reviews, because doing so would violate company 'trade secrets' (apparently ripping off your customers and stripping their assets is now a valuable trade secret). Practically any other senator would not get much attention from being denied documents by a federal regulator. But Warren, with a grass-roots army of enthusiastic supporters and a yen to deliver on her early promise, makes headlines crossing the street. And the foreclosure review debacle represented an excellent test case to expose the corrupt dealing between banks and the regulators who are supposed to curb their excesses, and also to pit Wall Street denizens getting rich off these crimes against ordinary victims who lost their homes. You couldn't tee up a better issue for Warren, or a better entryway for traditional media to report it." (via)

"Big Dairy Petitions FDA to Allow Unlabeled Use of Aspartame in Dairy Products: The International Dairy Foods Association (IDFA) and the National Milk Producers Federation (NMPF) have filed a petition with the FDA1 requesting the agency 'amend the standard of identity' for milk and 17 other dairy products. This was done to provide for the use of any safe and suitable sweetener as an optional ingredient - including non-nutritive sweeteners such as aspartame to deceive you by not having to indicate its use on the label."

Passed unanimously with just two votes: "You know how they say "nothing ever gets done" in the Senate? When it comes to protecting their own asses, that's the furthest truism from the truth on God's green earth. Thursday night Stand With Rand wasn't filibustering and none of the obstructionists were around to protest a unanimous consent decision to considerably scale back financial disclosure requirements that were mandated by the STOCK Act last year. And, holy moley, the exact same bill flew through the House Friday night without so much as a roll call-- just a voice vote to scale back a itsy bitsy teeny weenie piece of ethics legislation holding the gang of criminals in Washington to some standard of ethical behavior. [...] I've been asking Members why they didn't demand a roll call. No one knew what I was talking about. No one knew the vote was coming. No one knew the vote had come up. The House had just finished their last votes and most Members were rushing to the airports to catch planes back to their districts-- or, like Boehner, were off to their favorite bars and whorehouses. No one knew the STOCK Act they had helped pass had been watered down Friday night. As it turns out, when the bill passed in a voice vote-- "unanimously"-- only two of the most corrupt Members of Congress in history, Hoyer and Cantor, were on the floor. It passed by a voice vote of two. Like I said... Democracy!"
"How Congress Quietly Overhauled Its Insider-Trading Law"

One thing was wrong with the model that was being used to justify our current lousy economic policies: The model was broken. Seriously, you don't just happen to leave out all the data that doesn't suit your model just because you feel like it. And that's leaving aside your inability to use your software properly.
"Evil clowns Reinhart and Rogoff based their pro-austerity study on a butchered Excel formula."
"Pete Peterson Linked Economists Caught in Austerity Error." Pete Peterson. Fingerprints, anyone? (via)
The Majority Report, Sam Seder interviewed Mike Konczal, who "explained the Carmen Reinhart Kenneth Rogoff thesis, how influential the Rhienhart Rogoff study was, why their study was riddled with errors, how an excel spread sheet error destroyed the methodology of the study, the perils of wonkery and why there is no accountability for elites."

Also on TMR, Sam talked to John Knefel about the Gitmo hunger strike, and to Jonathan Cohn about day care. (Wait, day care? As in "pre-K"? Isn't that the proposed hostage Obama is offering to sacrifice Social Security for this week? Jonathan Cohn writes for The New Republican.)

"The prohibition of things: Deterrence, Punishment and Rescue: The idea of a government outlawing activities accomplishes only one thing clearly: It tells citizens that government has decided something is Wrong and now outlaws doing it. Sending A Message is the principle act behind the Swedish state's promotion of its law against buying sex, and it is the principle act behind all the other politicians and would-be policymakers who want the law for their countries. Everyone wants to be seen to be Taking a Stand against immoral behaviour. Try bringing evidence into the conversation and you will quickly learn how irrelevant it is; you can find Swedish promoters themselves saying things like We know it doesn't work but we want to be in the forefront of Gender Justice. This is about standing up for how you think society should be and doing it publicly, and trying to save people from their own immoral selves by outlawing bad things that attract them. Any other claim about what prohibitionist laws achieve when they outlaw social activities like sex, drinking and drugs is not supported by evidence. That's because, after the law is passed and the message is sent, individuals deal with prohibition deviously. That is, social pressure is strong to go along with the moral stand taken, but on the private level folks don't intend or aren't able to stop taking their own pleasures. So buyers and sellers of drugs, alcohol and sex become creative, some of them maintaining a disapproving stance in public at the same time."

What is it that Venezuelans liked so much about their late president Hugo Chavez? [...] In the 14 years of the Chavez government, infant mortality went down from 20 to 13 per thousand live births. Venezuela has free health care and free education, through college, for everyone. Poverty dropped from 49.9% in 1999 to 27.8% in 2010, and extreme poverty fell from 21.7% to 10.7 percent in the same period, according to the UN's Economic Commission for Latin America and the Caribbean."

This debate over chained CPI is another fascinating look at the ridiculous arguments being marshalled in its defense - arguments you could have driven a truck through when you were ten years old. Note that they're speaking of Social Security as "a pension system", when in fact it isn't - it's an insurance program.

"IRS Claims It Can Read Your E-mail Without a Warrant."

Among the recorded bits that didn't make the cut to Chris Hayes' show was the news that Batgirl #19 introduced a transgendered character to a mainstream comic.

The hazards of trying to parody racists.

Occam's razor: "is a principle of parsimony, economy, or succinctness used in logic and problem-solving. It states that among competing hypotheses, the one that makes the fewest assumptions should be selected." Often stated as, "The simplest explanation is probably the right one."
Occam's Scalpel" is a short story by Theodore Sturgeon. (You can read most of it here.)

RIP: Allyn Cadogan, long-time fan and co-founder of Corflu. I remember being stunned by seeing a roll of film she'd shot with every single shot a good one. I so envied her eye. She was smart and funny and put out a good fanzine. I first met her in an elevator and couldn't take my eyes off of her. Her fame had preceded her but no one had told me she glowed.