And dreams you never dreamt 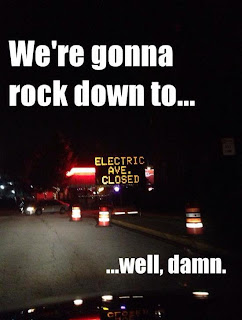 Digby says to make those phone calls. Do it.

Yep, those ads really do write themselves: "GOP campaign chairman calls chained CPI 'trying to balance the budget on the backs of seniors'"
Even Grover Norquist is right: "Anti-tax crusader Grover Norquist, leader of the organization, criticized the policy via Twitter on Wednesday. 'Chained CPI is a very large tax hike over time.'" Via Atrios.

"America Is Ruled by Billionaires, and They Are Coming After the Last Shreds of Our Democracy."

"How conservatives still run America, despite losing elections [..] Social security and gun safety are but a couple of the numerous issues on which conservatives in Washington get their way and the minority liberal party loses out. Most recently, every Republican and 33 Democratic conservatives came together to repeal a tax on medical devices, a major source of funding for Obamacare. And on Dec 28, the conservative party - 42 Republicans, 30 Democrats and 1 Independent senator - voted to extend the foreign intelligence law known as FISA, opposed by civil libertarians. We should further expect that the conservative party will keep winning on many fronts, from greatly limiting all new investments in education to unduly slashing social spending." (via)

Max Baucus is their man - and not ours: "No other lawmaker on Capitol Hill has such a sizable constellation of former aides working as tax lobbyists, representing blue-chip clients that include telecommunications businesses, oil companies, retailers and financial firms, according to an analysis by LegiStorm, an online database that tracks Congressional staff members and lobbying. At least 28 aides who have worked for Mr. Baucus, Democrat of Montana, since he became the committee chairman in 2001 have lobbied on tax issues during the Obama administration - more than any other current member of Congress, according to the analysis of lobbying filings performed for The New York Times."

Krugman on "The Intellectual Contradictions of Sado-Monetarism [...] What I realized is that Stockman, and many others, represent the latest incarnation of sado-monetarism, the urge to raise rates even in a deeply depressed economy. It's a long lineage, going back at least to Schumpeter's warning that easy money would leave 'part of the work of depressions undone' and Hayek's inveighing against the 'creation of artificial demand'. Nothing must be done to alleviate the pain!" Krugman also talks about how Obama is going with Chained CPI even though it's terrible policy because he is Desperately Seeking 'Serious' Approval that he won't get, but now that he's come right out and said it, the Republicans have their talking point all neatly tucked in. Yes, Obama wants to cut your Social Security. Dems now definitely have a great chance to lose the Senate.

Meanwhile, Chris Hayes finally spells out that some bad people really are trying to foment an age war in order to help them sell killing Social Security. (But not all of them are Republicans, Chris!)

Tim Shorrock joined Sam Seder to talk about Obama's War on Whistleblowers on The Majority Report.

"Judge Strikes Down Age Limits on Morning-After Pill: A federal judge on Friday ordered that the most common morning-after pill be made available over the counter for all ages, instead of requiring a prescription for girls 16 and younger. But his acidly worded decision raises a broader question about whether a cabinet secretary can decide on a drug's availability for reasons other than its safety and effectiveness."

I'm told that "Ding Dong, the Witch is Dead" made it into the Top Ten this week.
Seumas Milne: "A common British establishment view - and the implicit position of The Iron Lady - is that while Thatcher took harsh measures and "went too far", it was necessary medicine to restore the sick economy of the 1970s to healthy growth. It did nothing of the sort. Average growth in the Thatcherite 80s, at 2.4%, was exactly the same as in the sick 70s - and considerably lower than during the corporatist 60s. Her government's savage deflation destroyed a fifth of Britain's industrial base in two years, hollowed out manufacturing, and delivered a "productivity miracle" that never was, and we're living with the consequences today. What she did succeed in doing was to restore class privilege..." (via)
Juan Cole, "Top Ten Ways Margaret Thatcher's Policies Made our World more Unequal"
Pierce does not remember her fondly.
Petition to privatize Thatcher's funeral, thus saving the state a lot of money and honoring her legacy. (Alas, Thatcher's version of privatization usually involved many expensive front-end sweeteners to buyers before giving away the family jewels - so, not so much of a money-saver after all.)
Elvis Costello, "Tramp the Dirt Down"
(Later, I found more songs on the same subject.)