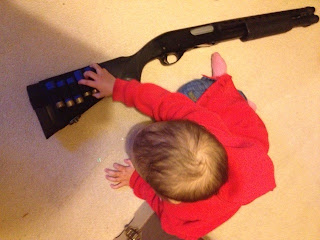 Sam Seder finished his last day of paternity leave by posting from the archives of The Majority Report's original edition, all those years ago on Air America Radio, featuring interviews with Bill Maher, Dave Chappelle, Atrios, and Ben Cohen of Ben & Jerry's.
Sam's return had Digby catching him up with the news.
Brook K. Baker joined Sam to discuss trade deals, corporate avarice, and drugs: "The importance of the Indian Supreme Court's decision on generic drugs, why the bar is lower for generic drug production in the United States, why Pharma companies drive inefficiency and threaten global health, why pharma companies are primarily marketing firms , why medicine is a 'Global Public Good' and why 'free trade agreements' are simply a giveaway for corporations."

Some of our favorite economic commentators on TV, too briefly.

Atrios says, "That's all I can stand, I can't stands no more: Obama is the worst person in the world." What brought this on? "Obama Budget to Include Cuts to Programs in Hopes of Deal: President Obama next week will take the political risk of formally proposing cuts to Social Security and Medicare in his annual budget in an effort to demonstrate his willingness to compromise with Republicans and revive prospects for a long-term deficit-reduction deal, administration officials say."

Dean Baker, "President Obama Proposes a Bigger Hit to Seniors Than to the Rich: This cut would be a bigger hit to the typical retiree's income than President Obama's tax increases at the end of 2012 were to the typical person affected. A couple earning $500,000 a year would pay an additional 4.6 percentage points on income above $450,000. This would amount to $2,300 a year (4.6 percent of $50,000). That is less than 0.5 percent of their pre-tax income and around a 0.6 percent reduction in their after-tax income. By comparison, Social Security is about 70 percent of the income of a typical retiree. Since President Obama's proposal would lead to a 3 percent cut in Social Security benefits, it would reduce the income of the typical retiree by more than 2.0 percent, more than three times the size of the hit from the tax increase to the wealthy."

"Liberal groups threaten primaries over Obama budget" - It's about time.

Robert Kuttner in The American Prospect, "Destroying the Economy and the Democrats: Amid disappointing jobs numbers, the president's budget proposal gives away his party's crown jewels: their defense of Social Security and Medicare."

Pierce: "No. Stop. Really. You guys are killing me. The American people are going to look at a Democratic president's selling out the cornerstones of eighty years of Democratic social policy and blame the Republicans because they won't help him do it? I can write the 'Stop Obama's Raid On Social Security' ads for the 2014 midterms in my sleep. In addition, wasn't this also the logic behind the sequester? How's that working out?"

And even in The Atlantic, "Memo to President Obama: Expand Social Security, Don't Cut It"

R.J. Eskow, "Have Wall Street's "Third Way" Democrats Ever Been Right About Anything?" - he's got a little list, and the answer is one big long passel of No.

Rick Perlstein sees Rahm standing in the schoolhouse door like George Wallace: "When the Chicago Public Schools' former CEO Jean-Claude Brizard asked the school board to close Guggenheim Elementary in 2011 he called it one of the system's schools that are "so far gone that you cannot save them." That doesn't seem to have been Jasmine Murphy's experience: educated at Guggenheim since kindergarten, she maxed out on the state's standardized test, and was accepted for next year at a high school with a rigorous International Baccalaureate program. Brizard's claim, in fact, speaks to one of the biggest reasons so many parents here in nation's third largest city so distrust their school system: its shifting rationales for the bewildering, whiplash-inducing destabilizations it insists on visiting upon their children, at some schools literally every other year, in the name of "reform." For today, the explanation (sold to the Chicago public via TV commercials paid for by the Walton Foundation) for the biggest one-time school closing in the history of the United States - fifty-three schools - is the statistically dubious one about "underutilization" of school buildings."

Charles Simic on "Health Care: The New American Sadism [...] This is the new face of American sadism: the unconcealed burst of joy at the thought that pain is going to be inflicted on someone weak and helpless. Its viciousness, I believe, is symptomatic of the way our society is changing. Everything from the healthcare industry, payday loans, and for-profit prisons to the trading in so-called derivatives, privatization of public education, outsourcing of jobs, war profiteering, and hundreds of other ongoing rackets all have that same predatory quality. It's as if this were not their own country, but some place they've invaded in order to loot its wealth and fleece its population without caring what happens to that population tomorrow. The only interest these profit-seekers have in us is as cheap labor, cannon fodder for wars, and suckers to be parted with our money. If we ever have a police state here, I've been thinking, it won't be because we've become fascists overnight, but because rounding up people and locking them up will be seen as just another way to get rich. If the hell that Jonathan Edwards and other Puritan divines described in such gruesome and graphic detail is still up and running, I hope that's where many of them are headed for." Rounding up people and locking them up is not only seen as just another way to get rich, but has already created one of the most powerful industries - and lobby groups - in America.
And it's not just America - the horror is now going full-steam in Britain, against the will of nearly everyone, a theft even grander and uglier than the scheme in which, under Thatcher, Norman Tebbit was allowed to privatize the telephone company and then, in retirement from government, become the man who ran it. So blatantly ugly and hated is the Tory plan that even the Telegraph describes it this way: "NHS reforms: From today the Coalition has put the NHS up for grabs: Under the Coalition's reforms, the NHS's former strengths are being replaced by a fragmented service, bound not by what is best for the patient but by cost."
And from the Independent, "Farewell to the NHS, 1948-2013: a dear and trusted friend finally murdered by Tory ideologues: This week's 'reforms' of a treasured institution - by people who came to power promising not to mess with it - is yet another sickening assault on the poor by the rich."

So how are things in Albany?
"We have a system that only catches morons."

RIP: Longtime science fiction fan Roger Ebert, at 70. As with Paul Williams, it started with fanzines.
He also loved movies.

I hate to mention this for fear it will disappear as soon as I link it, but there's this pilot for a new series you can watch in its entirety on YouTube at the moment. And there's no doubt about his first name, this time.